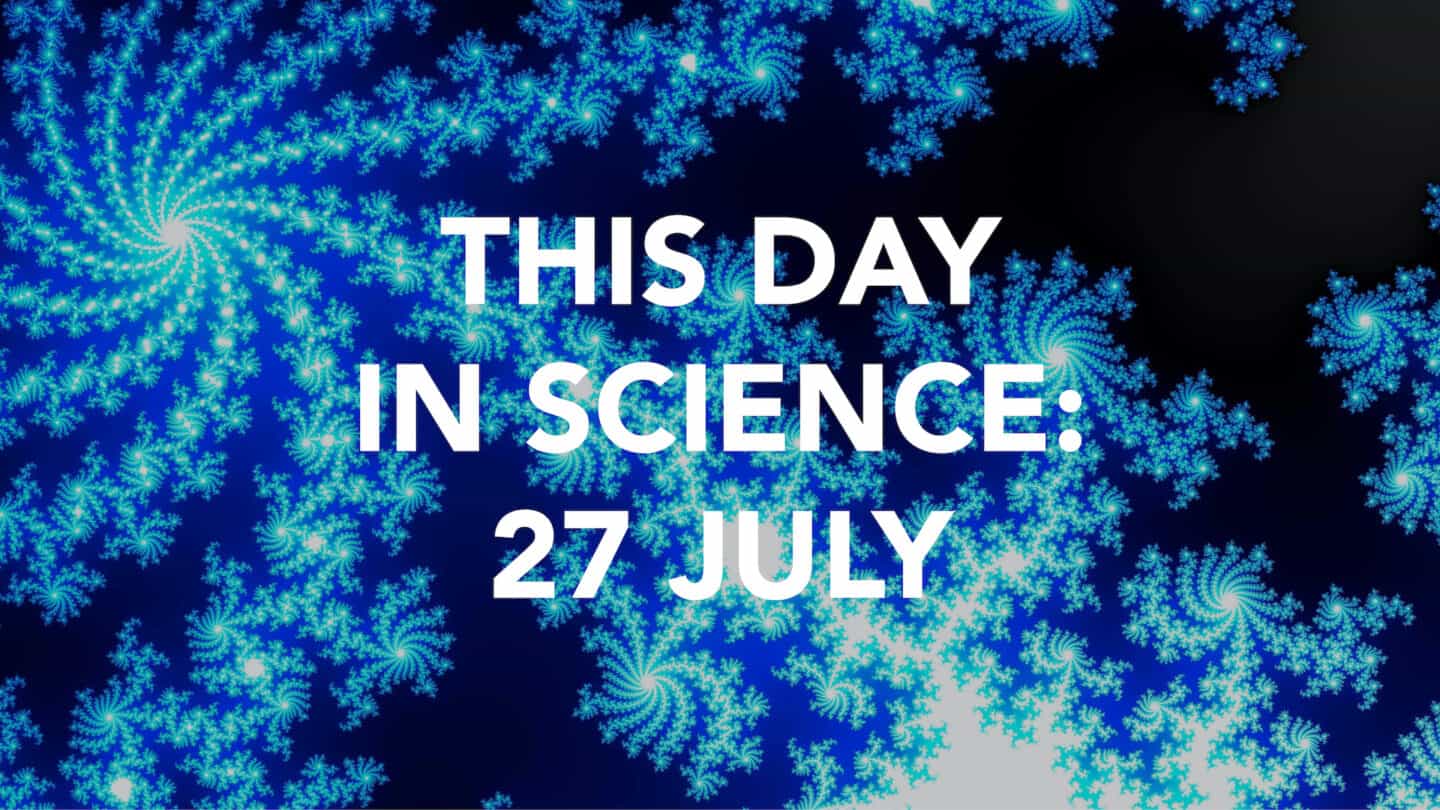 We remember the birth of English physicist and electrical engineer John Hopkinson on 27 July 1849.

Hopkinson, a Fellow of the Royal Society and two-time President of the IEE (now the IET) , is best known for his work on the application of electricity and magnetism in devices like the dynamo and electromagnets. He invented the three-phase system of electricity distribution, and Hopkinson’s law (the magnetic equivalent of Ohm’s law) is named for him.

Born this day in 1667: Swiss mathematician Johann Bernoulli. One of many famous mathematicians in the Bernoulli family, he and his brother Jacob were among the first to apply the new discipline of calculus to real-world problems.

Born today in 1787 was American naturalist Thomas Say, considered to be the founder of descriptive entomology in the United States.

We remember Swiss chemist Raoul-Pierre Pictet, who died today in 1929 aged 83. A pioneer in the field of cryogenics, Pictet is co-credited with French scientist Louis-Paul Cailletet as the first to produce liquid oxygen in 1877.

Japanese geneticist Hitoshi Kihara, died on this day in 1986 aged 87. Kihara was most famous for identifying sex chromosomes (X and Y) in flowering plants and for proposing the concept of a genome, which formed the basis for development of biology and genetic engineering.