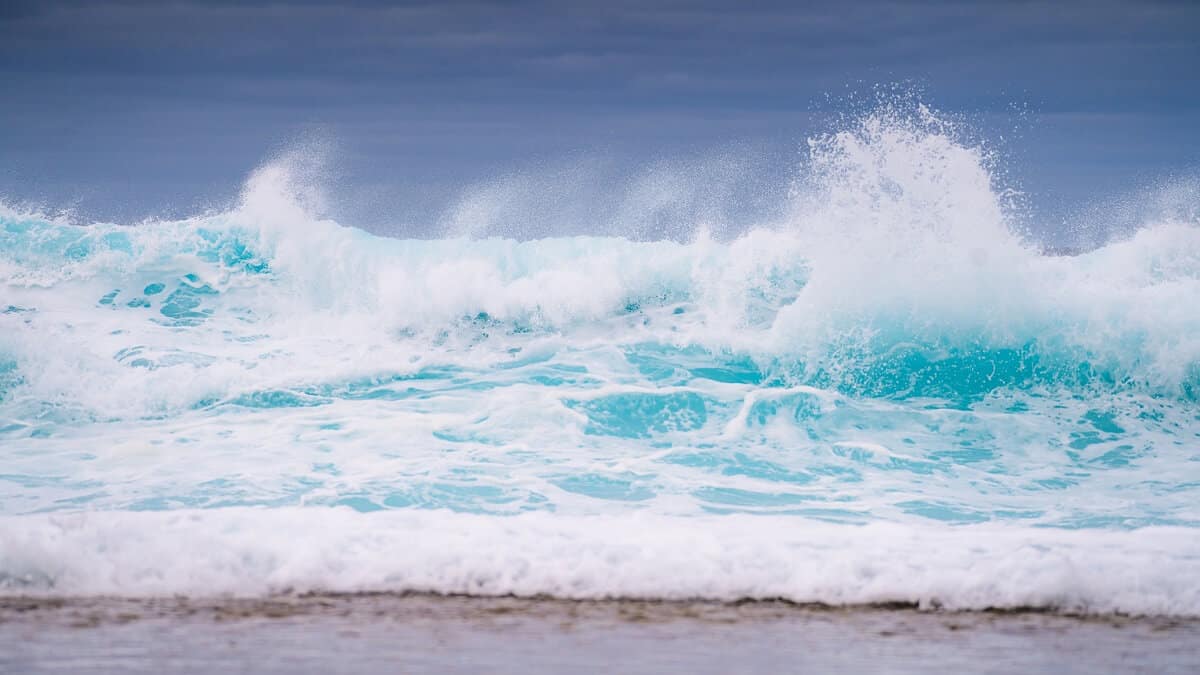 Ocean waves have long been heralded as a source of energy, but so far it’s been difficult to turn this energy into electricity in a commercially viable way. A team of Australian and Chinese researchers has advanced the cause, developing a device that is twice as effective as any existing technologies.

“Our prototype technology overcomes some of the key technical challenges that have been holding back the wave-energy industry from large-scale deployment,” says Xu Wang, a professor of engineering at RMIT University and senior author on a paper describing the device, published in Applied Energy.

He says wave energy is a rich resource for Australia, in particular.

“Wave energy is available 90% of the time on average, and the potential power contained in offshore waves is immense.”

The device the team has developed takes the shape of a buoy, which floats freely up and down with the movement of the waves. The buoy contains a generator, which is connected via a series of pulleys and shafts to two turbines, which sit below the waves and turn in opposite directions, generating power.

Once the electricity has been created, Wang says there are two ways it can be sent to the grid. “(We could) use the undersea cables to go to the grid. Another way we can try is to use the electricity to electrolyse seawater and generate hydrogen, and hydrogen can also be used for energy.”

There is ongoing research in Australia – and across the rest of the world – into scaling up hydrogen as a method of transporting and storing energy.

The new device has a couple of design features that improve its efficiency over other wave harvesters, including the fact that it floats up and down with the waves, meaning it doesn’t need a range of complicated sensors and other devices to predict the movement of the waves.

“By always staying in sync with the movement of the waves, we can maximise the energy that’s harvested,” says Wang.

“Combined with our unique counter-rotating dual turbine wheels, this prototype can double the output power harvested from ocean waves, compared with other experimental point absorber technologies.”

The lab prototype the researchers have tested is around 1.5 metres in length and 50 centimetres in diameter. It’s economical to make, and they’re now planning to scale it up to test in tanks, and eventually in the ocean.

Wang says that with appropriate backing, the device could be commercialised within five years. “It depends on how lucky we are to get the industry support.”

Originally published by Cosmos as Turning the tide on wave energy