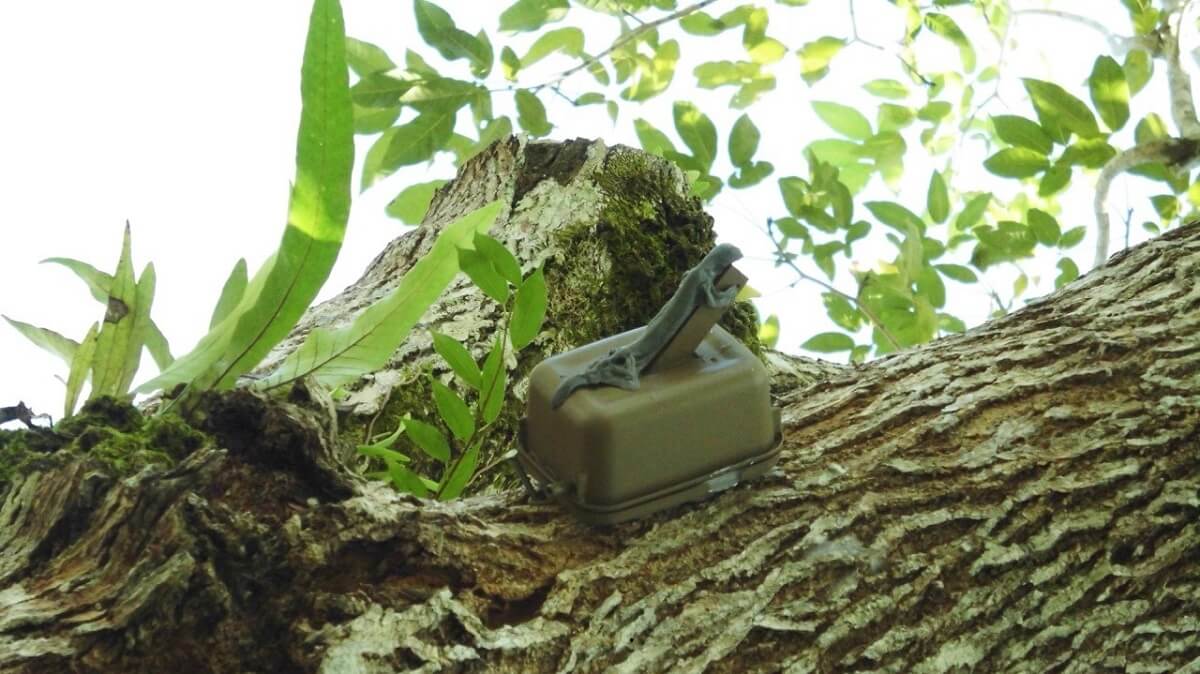 It’s often thought that prey animals face a complicated biological paradox: how do they stand out to attract potential mates, while remaining inconspicuous enough not to attract the attention of their predators?

New research from the University of New South Wales (UNSW) changes our understanding of the evolution of stand-out behaviour or appearance among prey species, showing that being the odd one out may, in fact, protect animals from harm.

The authors of the study, published today in Proceedings of the Royal Society B, nailed robotic plasticene lizards to trees on the campus of Universiti Malaysia Sarawak at Kota Samarahan, Borneo, about 2–3 metres off the ground, to mimic local lizard species. Some of the robot lizards blended in with the others, some had strange visual quirks like stand-out colours or physical features, and others had odd behaviours that differentiated them from the rest.

The scientists returned to the plasticine lizards after three days and assessed which were attacked by predator animals – like birds, cats and snakes.

Previously, it was assumed that standing out makes an animal more vulnerable, so the team hoped to understand how highly visible predator warning systems evolve in prey species. Instead, they proved another hypothesis: that permanent, visible stand-out features were a turn-off for potential predators, otherwise known as the “predator conservatism” hypothesis.

UNSW evolutionary ecologist Terry Ord, lead author of the study, says, “it would make sense that if prey were trying to advertise that they’re not profitable to predators, a conspicuous warning signal would be really beneficial for them, because predators don’t want to waste time trying to attack something that’s not particularly tasteful.

“But the thing is, how does that system initially evolve? Because there’s a paradox, when the first prey evolves a conspicuous signal, the predators are not going to know what that signal is about, the prey are going to get attacked, and they’re not going to reproduce to pass their genes onto the next generation.

“How do you actually get from point A – that’s being cryptic and hiding – to point B, which is being conspicuous and deliberately advertising that you’re not profitable to predators.”

The Borneo results were striking enough that the team reproduced them in Australia, where lizards are predated by snakes, cats, foxes, birds and other carnivorous lizard species.

The predator conservatism hypothesis goes some way to explaining the journey from points A to B, challenging the basic assumption that looking like everybody else actually makes a prey animal safer. In fact, in both experiments, the team found that prey that could turn their conspicuous signals on and off were at no higher risk of predation than the most cryptic, inconspicuous robot lizards; and those whose quirks were visible and permanent were safer than their run-of-the-mill counterparts.