Australia is lucky to have dozens of species of incredible native rodents, occupying all corners of this continent, from its driest deserts, to its wettest rainforests; from the sands and heathlands by the sea, to the highest peaks of the Great Dividing Range. But despite occupying pretty much every ecosystem in the country, there is only one rodent species that has specialised in eating and living in grass – and sadly, it’s not doing as well as we’d like.

The broad-toothed rat is our grass-obsessed rat, with round, chubby cheeks and, when seen, may appear to be nothing more than a brown ball of fluff with bright black eyes and cartoonishly adorable ears. A medium-sized rodent, they generally have a soft dark brown coat, with a short dark tail and a short snout. Also known as the tooarrana, a name derived from a Tasmanian First Nations language, they are found in Tasmania, Victoria, NSW and the ACT. Tooarranas have really carved out a niche for themselves in south-east Australia, specialising in eating grasses and sedges in landscapes as varied as the temperate rainforests of Victoria’s Otway Ranges, to the drier high-alpine grasslands of Kosciuszko National Park in NSW. In fact, because tooarranas eat so much grass, their poop is bright green when fresh – an uncommon shade among rodent scats!

Grass is not just a source of food for them, it’s their home, their shelter, and the means by which they move about through the landscape. Broad-toothed rats are quite industrious little critters, well-known for making “ratways”, or tunnels through the grass and shrubs of their neighbourhood. These ratways are regularly manicured as tooarranas nibble away at shoots and other small plants that might impede their transit. The ratways are especially important in the high-altitude grasslands where snow can cover the ground in winter, as the tunnels become the main way that tooarranas get to and from their snowed-in homes. And they are also very generous rodents, frequently sharing their tunnels with other species, such as antechinus and bush rats.

Unfortunately, the tooarrana’s varied distribution has not protected it from the scourge of threats introduced to Australia since colonisation. Cats and foxes have decimated native mammals, especially rodents, and tooarranas are particularly susceptible to cat predation. A single, wily cat can sit in front of a ratway and swipe any tooarranas that use that tunnel for days on end, wreaking havoc on a local population.

It’s not all bad news. Scientists are finding broad-toothed rats living in small patches of grass, in places we weren’t expecting to see them. We’re also getting better at looking for them (and their bright green poops) and protecting them from predators, so hopefully our tunnelling tooarranas remain an important part of our ecosystems in south-east Australia. 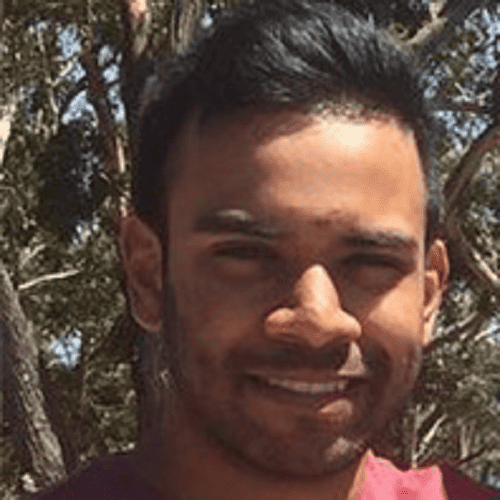 Sakib Kazi is a research assistant at Zoos Victoria, where he works on threatened mammal species, including the Mountain-pygmy Possum, Broad-toothed Rat, and Smoky Mouse.