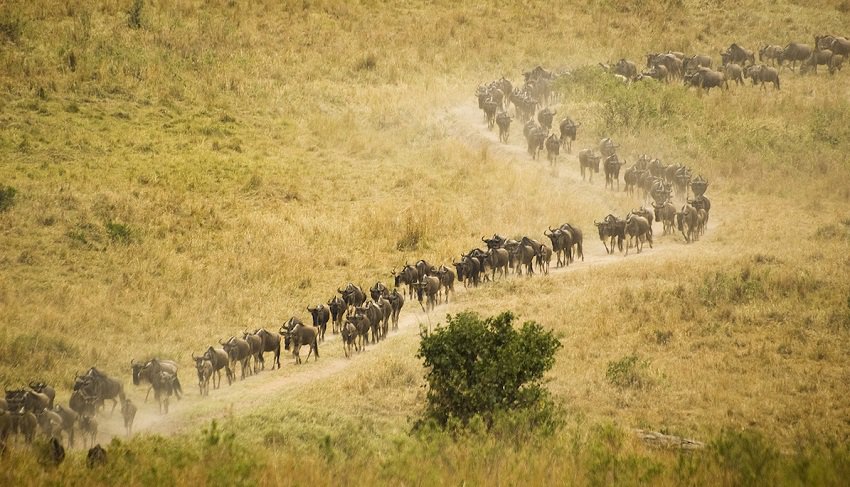 Lots of animals love to travel with the seasons while others prefer to stay at home. But there’s a trade-off, according to a study published in the journal Nature Communications: those that migrate “live fast and die young”.

Billions of animals migrate every year, and its benefits are thought to include following seasonal resources, warmer weather or optimal breeding grounds. Yet these resilient travellers use more energy and are exposed to greater risks.

Exploring their “pace of life”, the researchers discovered that migrant mammals and birds tend to develop faster, have more offspring, earlier, and die younger than similar non-migrating animals.

This makes sense, says lead author Andrea Soriano-Redondo from the University of Exeter, UK. The energy required to migrate over long distances can’t be used for other purposes such as self-maintenance or reproduction, for instance.

“By prioritising reproduction over survival, fast-living species have the potential to increase numbers more rapidly,” she explains, “which may balance the long-term energy costs and short-term risks of migrating.”

The comprehensive study also found a limit to migratory behaviours which the authors attribute to biomechanics.

It showed that walking and swimming mammals (other than bats) that migrate have larger body size, while flying migrants are smaller. Land mammals would likely need bigger bodies to store more energy over their long hike, the authors say, while smaller birds expend less energy while flying.

Despite a long-standing fascination with the oft-incredible feats of migrants, Soriano-Redondo and co-authors note that current knowledge about the costs and impacts on life history is equivocal.

This is important because studies – mostly on migratory birds – are showing that nomadic species tend to be dropping in numbers compared to those that stay close to home, says senior author Stuart Bearhop.

He does note that differences in life histories between migrants and residents doesn’t mean either strategy is necessarily better. “They are just two different ways of solving the problems of life,” he says. “They likely have the same fitness in evolutionary terms.”

The study uniquely combines 700 bird and 540 mammal species spanning most of the planet, a much larger geographical spread than previous work.

It explored life history events including longevity, age at female sexual maturity, length of prenatal development, number of offspring and yearly breeding attempts. These were integrated into a model with species distribution, evolutionary history and mode of travel.

Importantly, the study’s results suggest changes in reproductive output or survival are more sensitive to environmental fluctuations than population changes and might facilitate earlier detection of vulnerable species.

“Animals often take a chance when they migrate, hoping to find the right conditions in their destination,” says Bearhop. “In the case of birds that migrate to the High Arctic, they arrive in spring and have a short window in which to breed.

“Some will only attempt this if conditions are right – and if climate change degrades habitats, these ‘fast-living’ species might miss their chance entirely.”

Originally published by Cosmos as Living life in the fast lane