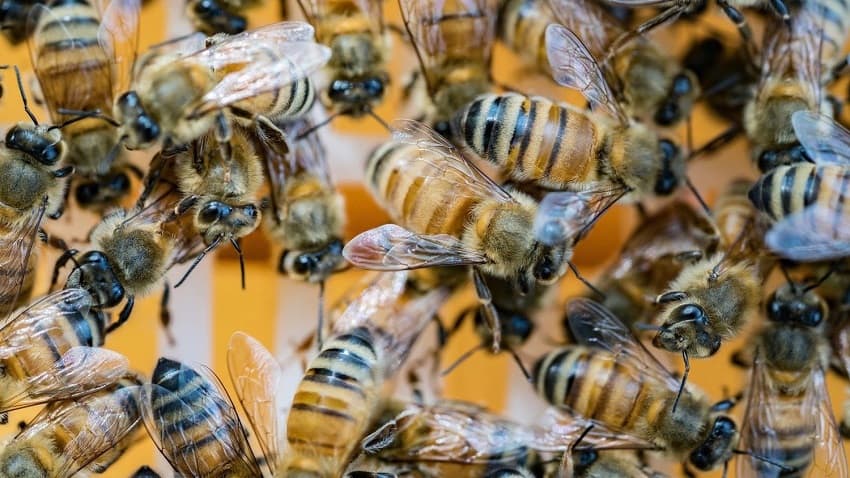 Individuals shape a community and its collective patterns of behaviour – and not just in humans, it turns out.

Scientists have discovered that honeybees also have unique personalities, with some being more sociable than others.

The study “suggests individual differences can lead to patterns of behaviour that are universal and can transcend species”, write Sang Hyun Choi, from the University of Illinois, US, and colleagues in the journal PNAS.

That eusocial honeybees have unique personalities has been shown previously. The importance of this diversity could be likened to natural selection for biological traits as the bedrock for species evolution and adaptation.

Some honeybee workers, for instance, are more active than others, and have different propensities for activities such as foraging, defence and sharing food.

Choi and colleagues looked at the duration of interactions among honeybees (Apis mellifera), a key measure of the collective character of social organisms which can differ between individuals.

They did this by barcoding thousands of honeybees in a colony and tracking them across their lifespans. Analyses focused on trophallaxis, a process by which bees share liquid food with each other and communicate – “a model system to study social and collective efforts”.

Tracking the barcode, a high-resolution camera imaged the bees at one frame per second. An algorithm was then used to analyse the images and detect each interaction.

Results showed that the distribution of interactions resembled that of humans. Modelling confirmed this reflected individual differences – although bees showed less individuality than humans, which further analysis attributed to genetic similarities within groupings.

The study also shows how high-resolution tracking can reveal “detailed multiscale information about the interactions and behaviours of individuals within a community”, the team writes.

Hopefully it doesn’t imply that humans could be barcoded for the same purpose.

Originally published by Cosmos as Honeybees have unique personalities, like us