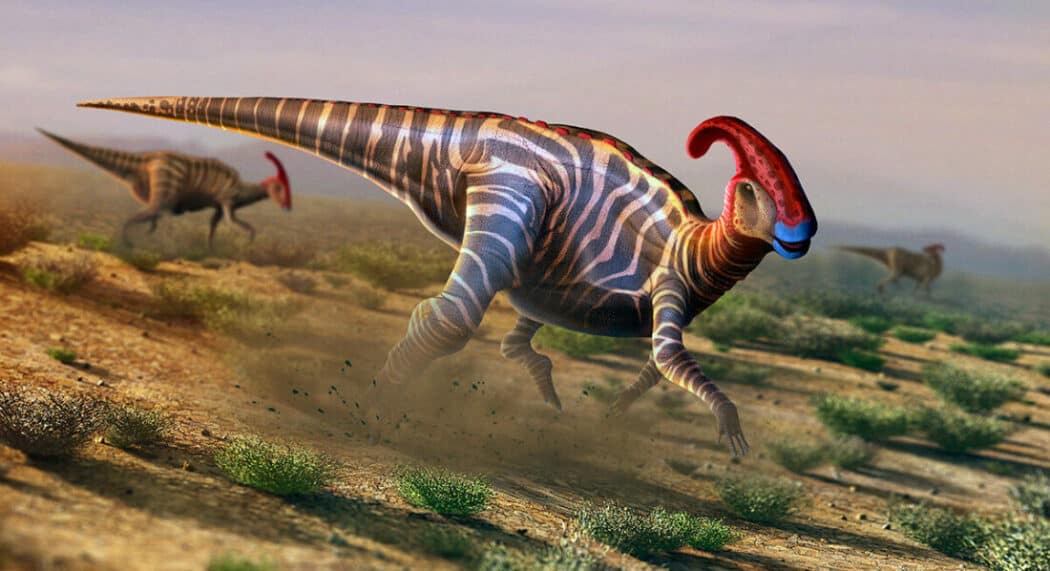 Have you ever met a person who claims to be vegetarian but then happily chows down on seafood? It turns out that this is not a new behaviour pattern – some plant-eating dinosaurs did it too, according to research published in the journal Scientific Reports.

A team led by palaeontologist Karen Chin from the University of Colorado Boulder’s Museum of Natural History, set out to examine some fossilised dinosaur poo – known as coprolites – found at Grand Staircase-Escalante National Monument in southern Utah.

The coprolites were similar in size and apparent composition to others previously found in the state of Montana, which Chin and her colleagues had identified as having been expelled by a species of duck-billed herbivorous dinosaur called a hadrosaur.

Both the Utah and Montana samples were clearly composed in part from fragments of rotting wood. However, on closer examination of the new finds, the team also found thick pieces of fossilised shell – a clue that crustaceans had somehow ended up inside the hadrosaur alimentary canal.

Shell fragments were found within 10 of the coprolites in three different layers over a wide area of land, indicating that they did not get there by accident.

“From what we know about dinosaurs, this was a totally unexpected behaviour,” says Chin. “It was such a surprising discovery we wondered what the motivation could have been.”

Analysing the shell fragments, the team concluded that some of the crustaceans must have been quite large, and almost as wide as the dinosaurs’ beaks. This, and evidence of insect remains also found in the 75-million-year-old turds, led Chin and her colleagues to conclude that for hadrosaurs – just like some folk in trendy coffee shops – vegetarianism was more apparent than real.

“While it is difficult to prove intent regarding feeding strategies, I suspect these dinosaurs targeted rotting wood because it was a great source of protein in the form of insects, crustaceans and other invertebrates,” says Chin.

“If we take into account the size of the crustaceans and that they were probably wriggling when they were scooped up, the dinosaurs would have likely been aware of them and made a choice to ingest them.”