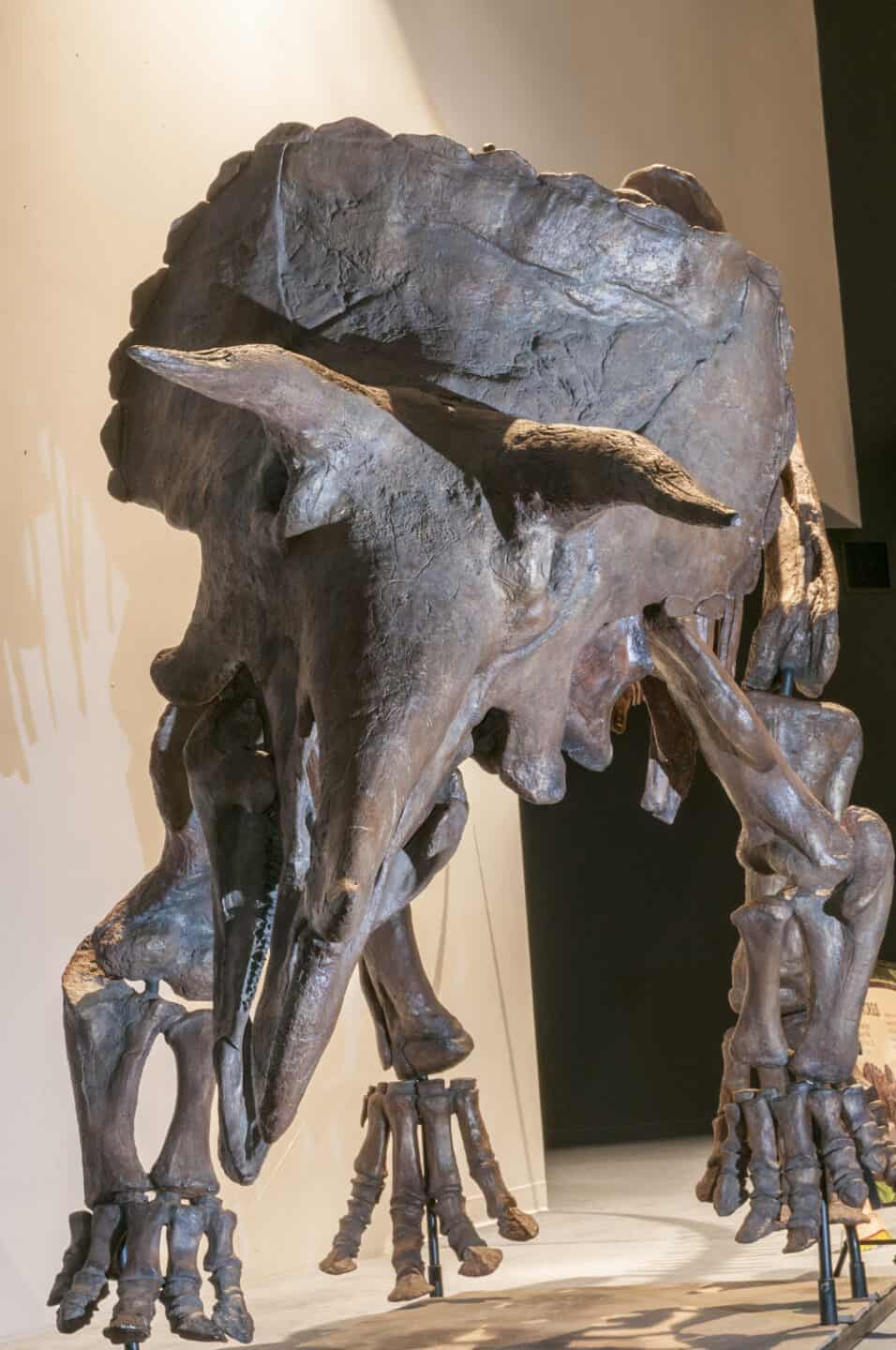 The three-horned dinosaur Triceratops had more complex teeth than previously thought, according to new analysis of fossils.

In fact, their teeth were much more sophisticated than nearly any other reptile and similar in complexity to mammalian teeth.

The findings could help scientists better understand how these prehistoric animals adapted to exploit new diets and dominate among herbivorous dinosaurs.

The two authors of the study, Brandon Krick and Gregory Erickson, are experts in dinosaur teeth. They have previously demonstrated that the duck-billed hadrosaurids, the major group of herbivores that lived at the same time as Triceratops, also had more complex teeth than other reptiles.

The researchers used a test that simulated the wear process during chewing by sliding a diamond-tipped microprobe across the fossilised teeth. They combined that with modeling analyses of wear rate and found that Triceratops teeth self-wear just like mammalian teeth do.