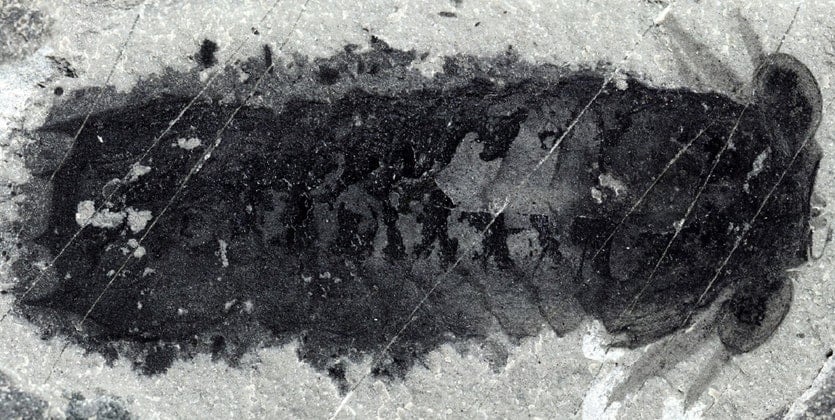 Palaeontologists working on Canada’s world-renowned Burgess Shale have revealed a new species called Mollisonia plenovenatrix, which is presented as the oldest chelicerate.

The discovery, they say, places the origin of a group of animals containing more than 115,000 species – including horseshoe crabs, scorpions and spiders – at more than half a billion years ago.

M. plenovenatrix was about the size of a thumb and, importantly, had a pair of tiny chelicerae or “pincers” in the front of its mouth, called chelicerae. These are used to kill, hold and cut pray, and give the group its name.

“Before this discovery, we couldn’t pinpoint the chelicerae in other Cambrian fossils, although some of them clearly have chelicerate-like characteristics; this key feature, this coat of arms of the chelicerates, was still missing,” says Cédric Aria, a regular member of the Royal Ontario Museum’s Burgess Shale expeditions.

Currently at China’s Nanjing Institute of Geology and Palaeontology, Aria is lead author of a paper published in the journal Nature.