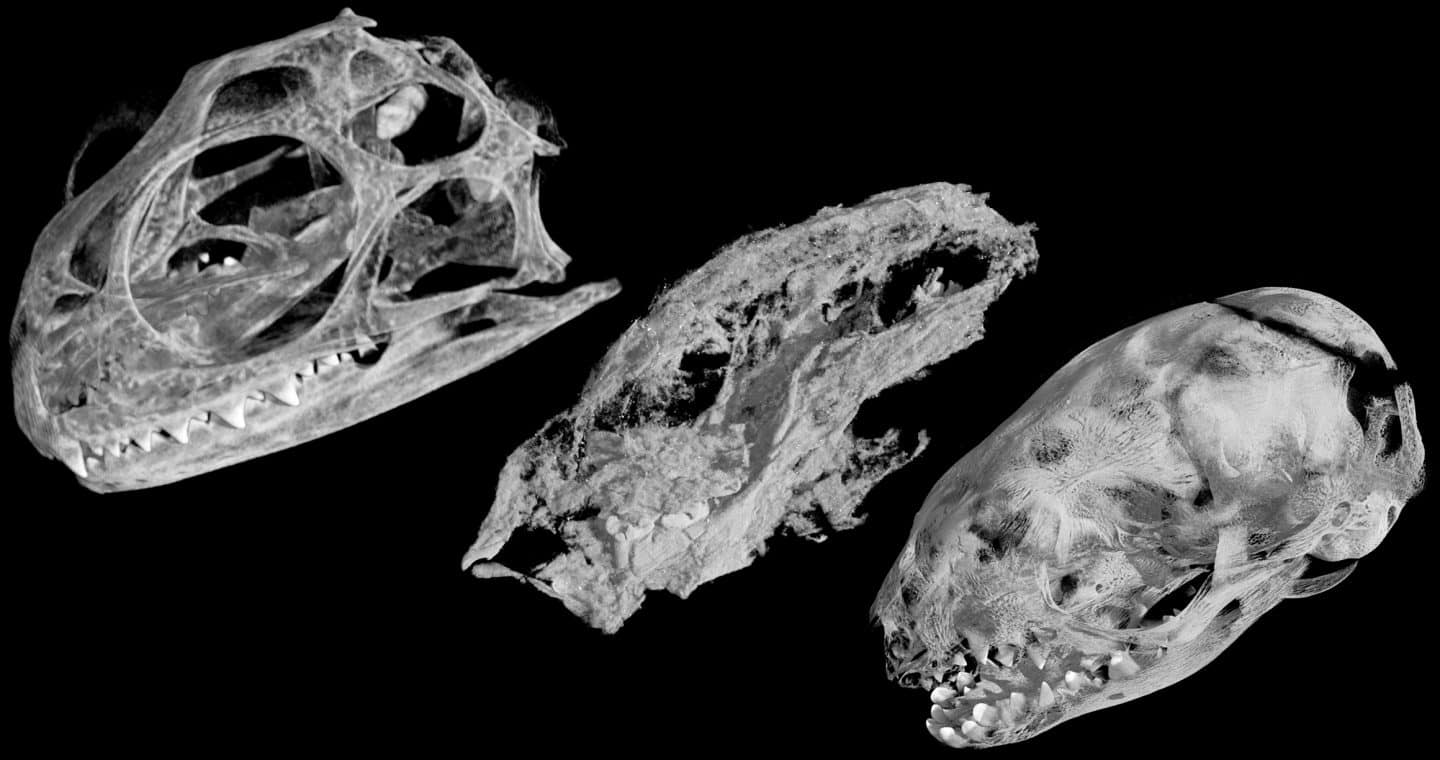 The discovery of a fossilised Jurassic era proto-mammal, complete with a clutch of newborn young, is helping evolutionary biologists better understand how and when true mammals developed.

In a report published in the journal Nature, Eva Hoffman and Timothy Rowe from the University of Texas, US, outline the discovery of the animal, a member of a group known as tritylodonts.

Tritylodonts were a group of small-to-medium sized herbivorous reptiles that were extremely mammal-like. They emerged in the late Triassic period, about 200 million years ago, and persisted until well into the Jurassic, around 146 million years ago. They are regarded as important intermediate forms in the evolution of mammals – but are poorly preserved in the fossil record, so much important information is lacking.

Hoffman and Rowe’s discovery, however, clears up one of the most critical points: how many offspring they had.

Two obvious differences between reptiles and mammals are brood size and birth method. With the exception of the monotremes, all mammals give birth to live young. Brood sizes are small, the result of evolutionary investment in parental care and the development of larger skulls in order to accommodate relatively larger brains.

The latest tritylodont, unearthed in Arizona in the US and identified as a species known as Kayentatherium wellesi, was found with a clutch of at least 38 newborns – a cohort far more reptile-like than mammalian.

The estimate on brood size, note the researchers, is conservative. They found 10 almost-complete tiny skulls, together with a large number of bone and jaw fragments. The number they use is the lowest compatible with the fragments found, and confirms, they say, that large clutches of offspring were the norm for vertebrate species during the period.

The other important finding arising from the examination of the fossils is that the skulls of the baby tritylodonts are almost exact miniatures of that of the adult.

This is significant, the researchers say, because it shows the absence of another defining mammalian trait. After mammals are born, their craniums gradually lengthen – an consequence of the need to accommodate a large brain during the birth process.

This fact, they suggest, places the evolution of the tritylodont “just before a hypothesised pulse of brain expansion that reorganised cranial architecture at the base of Mammaliaformes”.

A third question, however, remains unanswered. Did the species lay eggs, or give birth to live young? The evidence, sadly, is absent – and might always remain so.

“There is no sign of eggshell with the new specimens,” write Hoffman and Rowe, “although the shell, if it was similar to that of monotremes and lepidosaurs, would have been leathery and unlikely to fossilise.”

Originally published by Cosmos as “Proto-mammal” had 38 babies