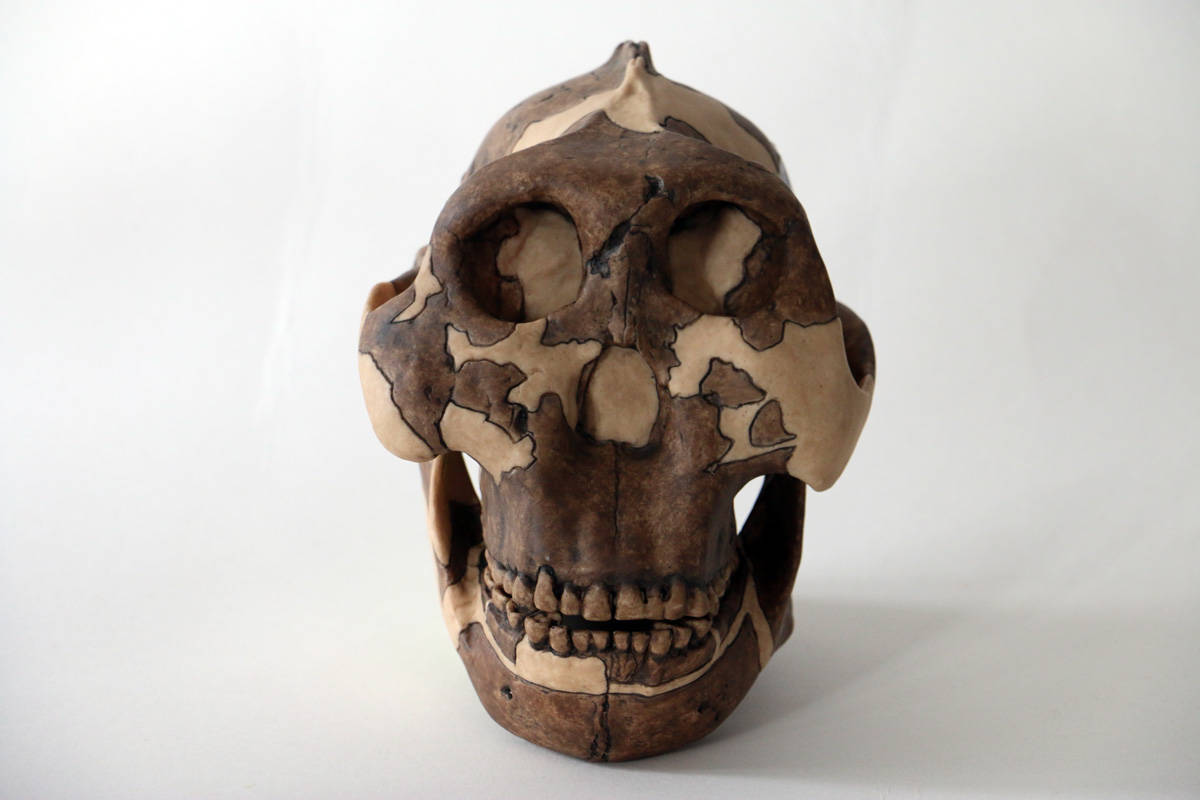 A cast of a P. boisei skull used for teaching at Cambridge University. Credit: Louise Walsh

It’s all the big bloke’s fault. When the ancient hominin lineage split from the last common ancestor it shared with chimpanzees, some seven million years ago, it left behind the virus that manifests as genital herpes.

And there the situation might have stood. The branch of the hominins that would eventually evolve into Homo sapiens may well have enjoyed a long and healthy herpes-free existence – if it were not for a big-boned, small-brained, heavy-set fellow standing in the shadows.

Research by a team of scientists based at England’s Cambridge and Oxford universities, published in the journal Virus Evolution, has found that proto-humans reacquired the herpes simplex-2 virus (HSV2), responsible for genital herpes, somewhere between three and 1.4 million years ago.

The infection route, however, was not direct from chimps, but through an intermediary – an unrelated hominin called Parathropus boisei, which seems to have harboured an unhealthy attraction to the species at both ends of the vector.

This may have been, of course, because P.  boisei, first discovered in Tanzania in 1959 and identified as part of the australopithecine lineage, wasn’t the prettiest of primates. Nicknamed by early researchers the “Nutcracker Man”, the hominin had a very small cranium and a very large lower jaw.

And although early assumptions that it fed mainly on hard foods, such as nuts, have subsequently been challenged, its facial structure was described in a 2017 paper as having “no parallel among living primates” and an “extreme expression” of primate jaws.

The latest research, led by Cambridge uni’s Simon Underdown, used a probability-based network analysis of African rainforest fossil and environmental data to track the infection pathway of HSV2 from chimps to humans.

The results suggest that the key link in the chain was an unknown primate ancestor, which likely contracted the HSV2 virus as a result of eating bloodied chimp meat. P. boisei is considered the likely culprit.

But if the australopithecine enjoyed chowing down on raw chimp, evolutionary karma was soon in evidence. The hominin lived at the same time – and in the same area, especially around waterholes – as our direct ancestor, Homo erectus.

Homo erectus was quite possibly faster and smarter than its lumbering big-jawed ugly cousin and may well have been capable of killing and consuming it – completing the infective pathway for genital herpes.

Interestingly, a related herpes virus – HSV1, which causes cold sores – seems to have been present in our ancestors since the time of the split with the chimp common ancestor, and may, the researchers suggest, have initially provided a degree of immunity to HSV2.

However, during its long period of exile, HSV2 appears to have mutated in such a way that it was able to adapt to proto-human conditions when eventually reintroduced.

“Herpes infect everything from humans to coral, with each species having its own specific set of viruses,” says team member Charlotte Houldcroft, a virologist from Cambridge’s Department of Archaeology.

“For these viruses to jump species barriers they need a lucky genetic mutation combined with significant fluid exchange. In the case of early hominins, this means through consumption or intercourse – or possibly both.”