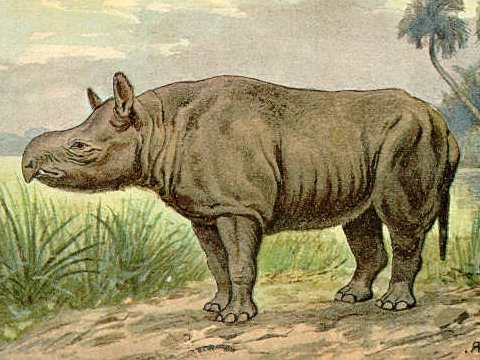 A decent chunk of human evolution took place in ecosystems that bear little resemblance to the ones we know today, according to an analysis of prehistoric environments.

The messy hominin tree of life first sprouted into existence some 7 million years ago in Africa, when our ancestors split from other apes.

The new study, published in the Proceedings of the National Academy of Sciences, suggests that for all but the most recent 700,000 years, the environment was markedly different to the ones in Africa today.

That’s a problem, according to palaeoecologist Tyler Faith from the University of Utah, who led the study.

“For a long time, our field has been trying to pin down how environmental changes influenced human evolution, but we’ve got to be able to reconstruct past environments right in the first place,” he says. “If we continue to reconstruct ancient environments on the basis of modern African ecosystems, we are likely missing an entire realm of possibilities in how past ecosystems functioned.”

To figure out what past ecosystems really looked like, Faith and his team constructed a database of more than 200 modern East African herbivore communities, along with information from the fossil record spanning the past 7 million years.

“Large herbivores aren’t just passive parts of an ecosystem, we know that they can shape the landscape,” says Faith. “They’re eating the plants, and the biggest ones are knocking down trees or trampling soils, which collectively influences vegetation structure, fire regimes, nutrient cycling, and impacts other organisms, including humans,” he says.

In the early stages of human evolution, before our own genus, Homo, came to be at around 2.8 million years ago, supersized herbivores weighing in excess of 1000 kilograms were more common than they are today.

Forest-loving communities of megaherbivores, including relatives of elephants, zebras, hippos, rhinos and pigs, began to peter out from about 4.5 million years ago as grasslands took over.

“These ancient herbivore communities were probably consuming far more vegetation, which means less fuel for wildfires,” says palaeontologist John Rowan from the University of Massachusetts Amherst, a co-author on the study.

“Because fire is an important part of modern ecosystems in Africa and favours grasslands over woodlands, it’s going to fundamentally alter how things are working at the level of entire ecosystems, starting with the plant communities,” he adds.

About a million years ago, there was a precipitous decline in megaherbivore numbers. This corresponds to several pulses of climate drying, which would have hit non-ruminants hardest.

By 700,000 years ago, grazing ruminants had come to dominate, a pattern that persists to this day.

“Until now, no one’s really tried to measure just how different the past was compared to the present,” says Rowan.

Armed with a better understanding of the prehistoric African ecosystems early humans lived in, researchers will be better equipped to probe questions of how their environment influenced their evolution.

Originally published by Cosmos as Evolution: There was life, but not as we know it