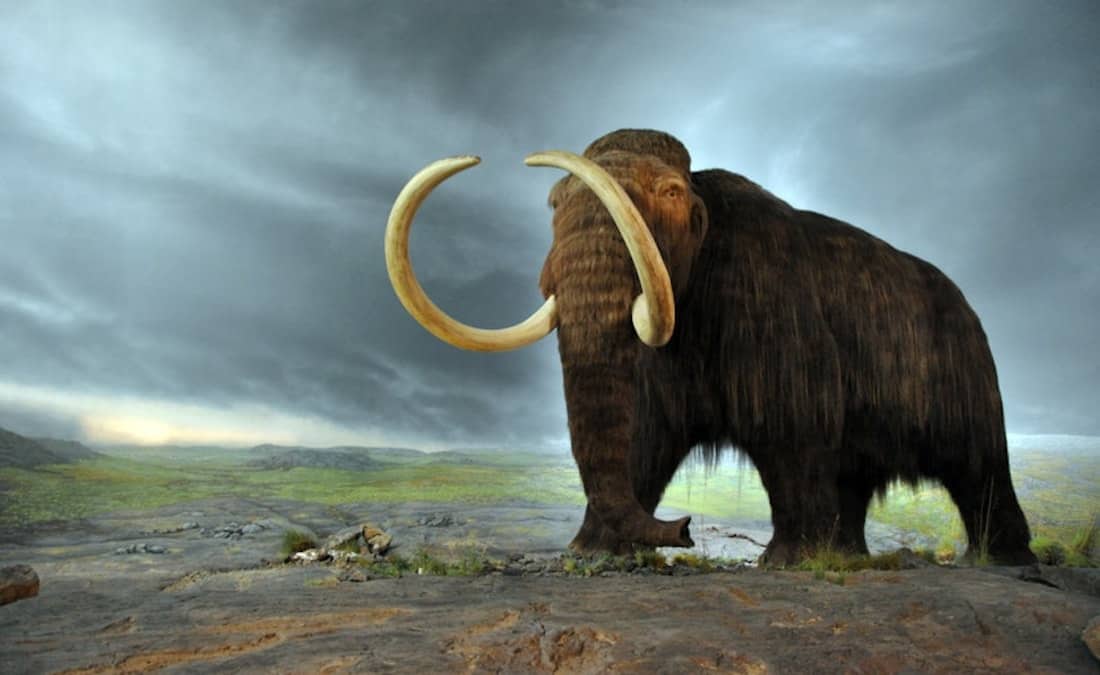 Significant climate and habitat changes across Europe, Eurasia and the Americas appear to have preceded the large-scale extinction of megafauna like the woolly mammoth about 15,000 to 11,000 years ago, according to research that has gleaned evidence of environmental conditions directly from old animal bones.

Inquiry into why so many large animal species disappeared at the end of the last Ice Age has tended to get bogged down in debate about the relative impact of environmental change versus human activity, with the view that humans were the primary driver gaining weight from the patchy nature of species extinctions.

This new research may muddy the ground for those wishing to take a firm stand. Published in Nature Ecology and Evolution, the analysis of the fossils of megafaunal grazers – bison, horses and llamas – showed changes in the ratio of the nitrogen isotopes 15N and 14N that provide clear biochemical evidence of significantly wetter conditions, which transformed the grasslands on which large herbivores such as Siberia’s mammoths and America’s mastodons depended.

“The timing varied between regions but matches the collapse of glaciers and permafrost and occurs just before most species go extinct,” said study leader Alan Cooper, director of the Australian Centre for Ancient DNA (ACAD) at the University of Adelaide, in South Australia. “The idea of moisture-driven extinctions is really exciting because it can also explain why Africa is so different, with a much lower rate of megafaunal extinctions and many species surviving to this day.”

Megaherbivores, the research paper says, played a critical role as “nutrient pumps” in Ice Age ecosystems, harvesting and distributing the nutrients available across the rangelands that extended from Europe to North America. Landscape and animals were interdependent, with the megafauna impeding the colonisation of trees through trampling and sapling consumption.

But with increased run-off from melting glaciers and permafrost, the grassland habitat on which megaherbivores roamed fragmented. Higher moisture levels made conditions more conducive for plants able to sustain perennial foliages, replacing the grassland flora that produced expendable foliage in response to short- term moisture availability, then survived dry periods as root stocks or seeds. The relative water wealth able to sustain the perennial plants, however, also allowed those plants to invest in defensive mechanisms to protect themselves from herbivores.

“When the moisture influx pushed forests and tundras to replace the grasslands,” explained lead author Tim Rabanus-Wallace, from the University of Adelaide, “the ecosystem collapsed and took many of the megafauna with it.”

The relative sensitivity of northern hemisphere rangelands to changes in moisture level explains why African megafauna experienced a notably lower rate of extinctions than megafauna on other continents, the paper says. Because Africa straddles the equator, bands of rangeland between the desert and the monsoon region were able to drift southward as the climate changed, allowing the local megafauna to survive the end of the Ice Age.

The paper’s findings do not necessarily rule out the important, even decisive, role of humans in wiping out particular megafauna population in specific environments, as has been suggested is the case with the extinction of Australian megafauna. However, they do lend weight to the notion that global climate change played a significant role in megafaunal extinction; at the very least, the altered conditions weakened populations to the extent that human predation could wipe them out.