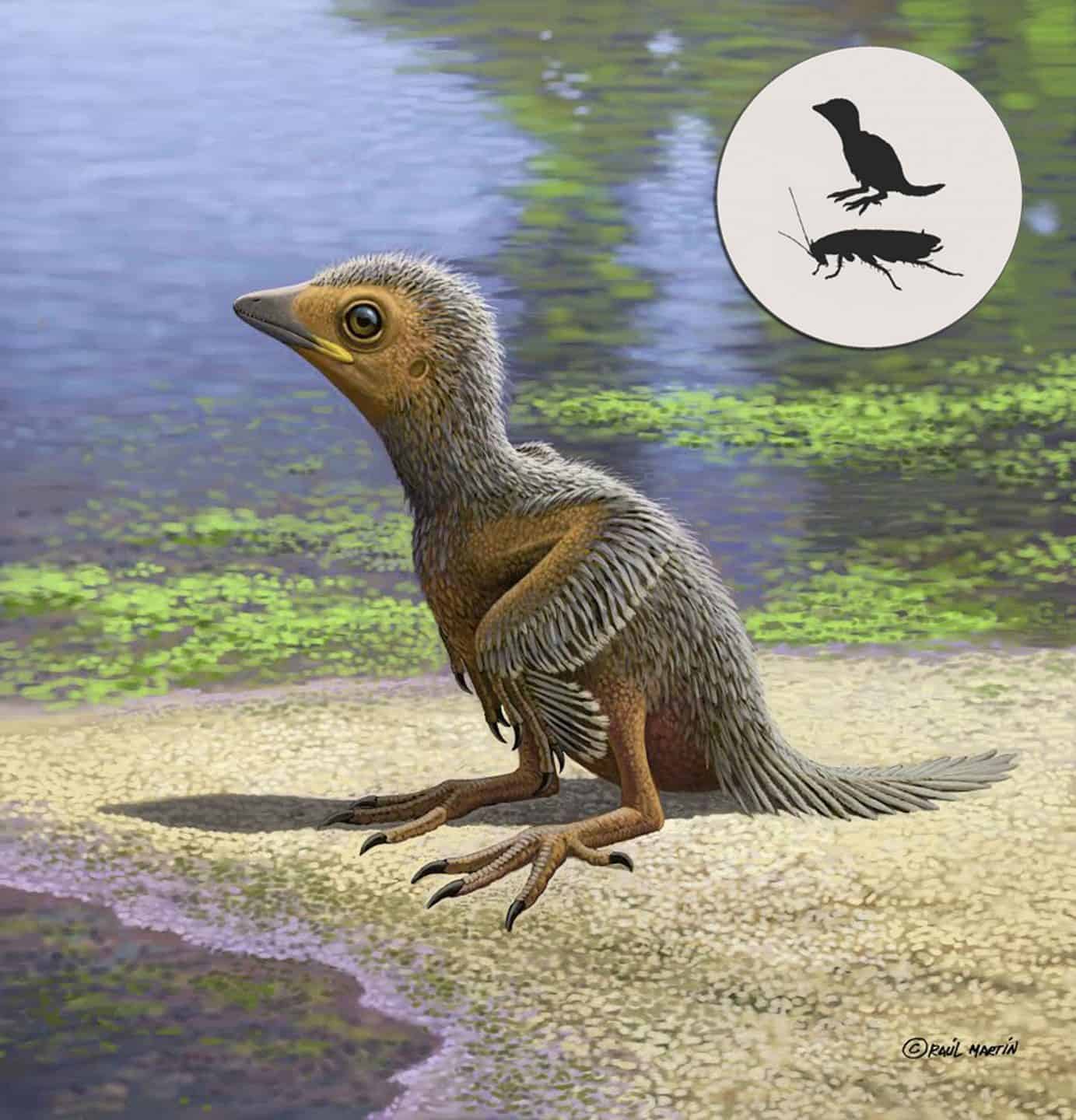 A fossil chick just five centimetres long is shedding light on the development of birds more than 65 million years ago.

A paper in the journal Nature Communications describes the bone and cartilage structure of a very young bird from a now-extinct group known as Enantiornithes.

These animals were the most abundant type of bird around in the Mesozoic era, 252 to 66 million years ago. Perhaps, though, the word “bird” is a bit of a misnomer. Although they looked pretty much like modern avians in most respects, the Enantiornithes all had teeth inside their beaks and claws on their wings. They have been described as “intermediate between Archaeopteryx and modern birds”.

To date, 80 species have been identified, although some are disputed. All became extinct around the time of the Cretaceous-Paleogene boundary – about 66 million years ago.

And while the lineages of the Enantiornithes can be measured in millions of years, the life of one individual member of the group lasted just days.

In a paper in the journal Nature Communications a team led by Fabien Knoll from the University of Manchester’s Interdisciplinary Centre for Ancient Life (ICAL) in the UK, describe a 127-million-year-old Enantiornithes chick which died so young its skeleton had not yet turned into bone.

The fossil comprises an almost intact skeleton, less than five centimetres long. The researchers estimate it would have weighted just 85 grams when it was alive.

Knoll and his colleagues investigated the tiny fossil by placing it inside synchrotrons in France, the US and the UK, thus permitting the examination of its bone structure to a resolution of less than one millionth of a metre.

They discovered that the bird’s sternum was still largely made of cartilage at the time of its death, meaning it wouldn’t have been able to fly. (To be able to withstand the immense physical stresses generated by flying, bird skeletons must first harden into bone.)

“The evolutionary diversification of birds has resulted in a wide range of hatchling developmental strategies and important differences in their growth rates,” explains Knoll.

“By analysing bone development we can look at a whole host of evolutionary traits.”

The cause of death for the chick is unknown, although the fact that its skeleton is more or less complete suggests it didn’t form a meal for a predator. Whether it was still dependent on a parent, too, cannot be inferred from its semi-developed anatomy.

The researchers point out that chicks of some modern species, such as love birds, are highly dependent on their parents, others, such as chickens, are highly independent as soon as they hatch.