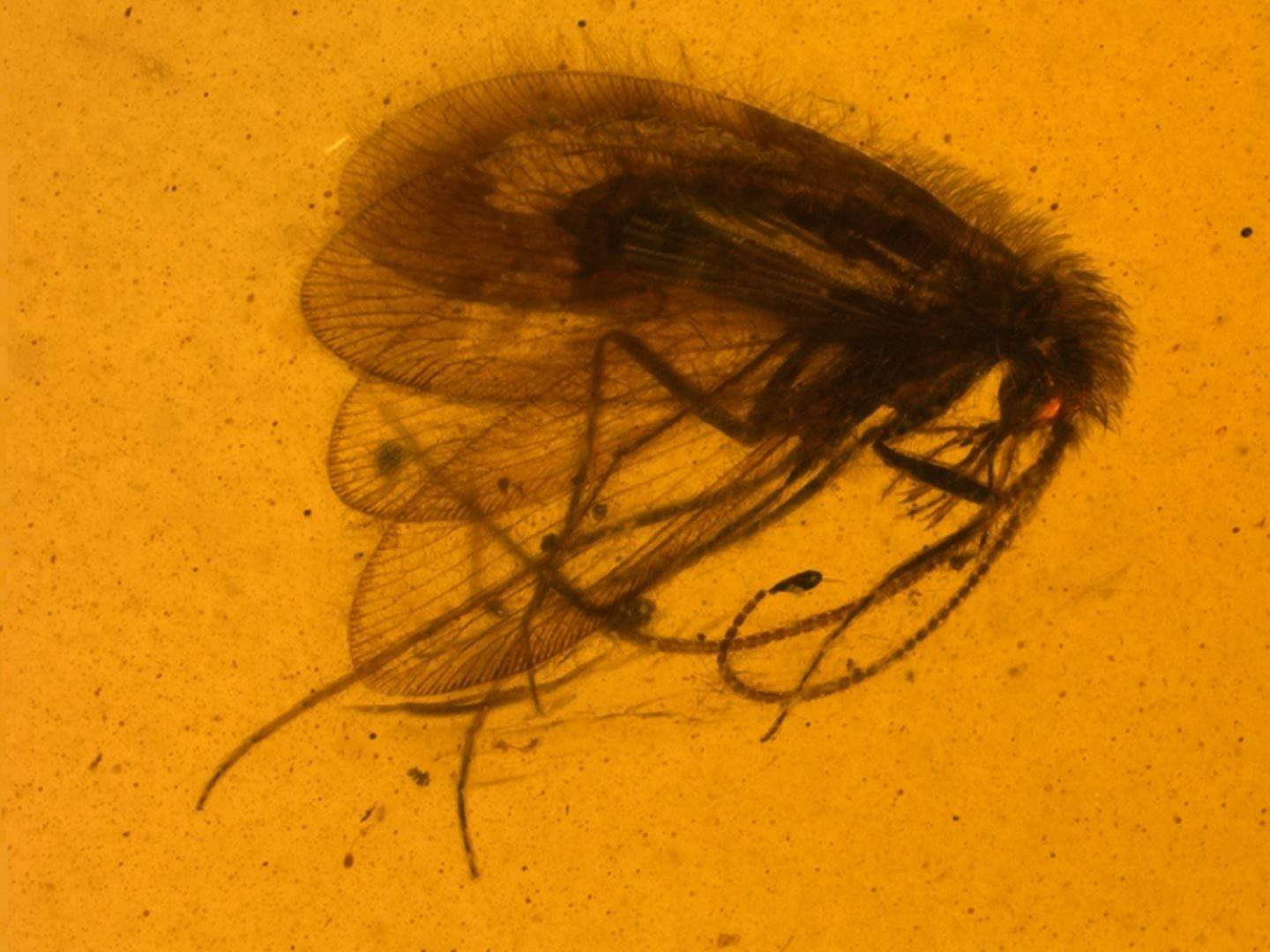 Many things look cool in amber, but this picture strikes us as particularly – well, striking.

Unfortunately, it captures what Russian palaeontologists describe as one of nature’s failed experiments.

A team from the Borissiak Paleontological Institute of the Russian Academy of Sciences discovered four new species of extinct insects with sucking mouthparts in mid-Cretaceous Burmese amber.

All eventually went extinct, they believe, because of the inefficient design of the proboscis.

“These insects were nature’s unsuccessful attempt to make nectar feeding insects in response to the rise of the flowering plants in the Early Cretaceous period,” says Alexander Khramov, lead author of a paper in the journal Cretaceous Research.

“Soon they were outcompeted by bees, flies and other nectar feeders with more cleverly designed mouthparts.”

Our featured species, above, was named Buratina truncata after the long-nosed fictional character Buratino – the Russian Pinocchio.

Originally published by Cosmos as Beautiful view of failed experiment