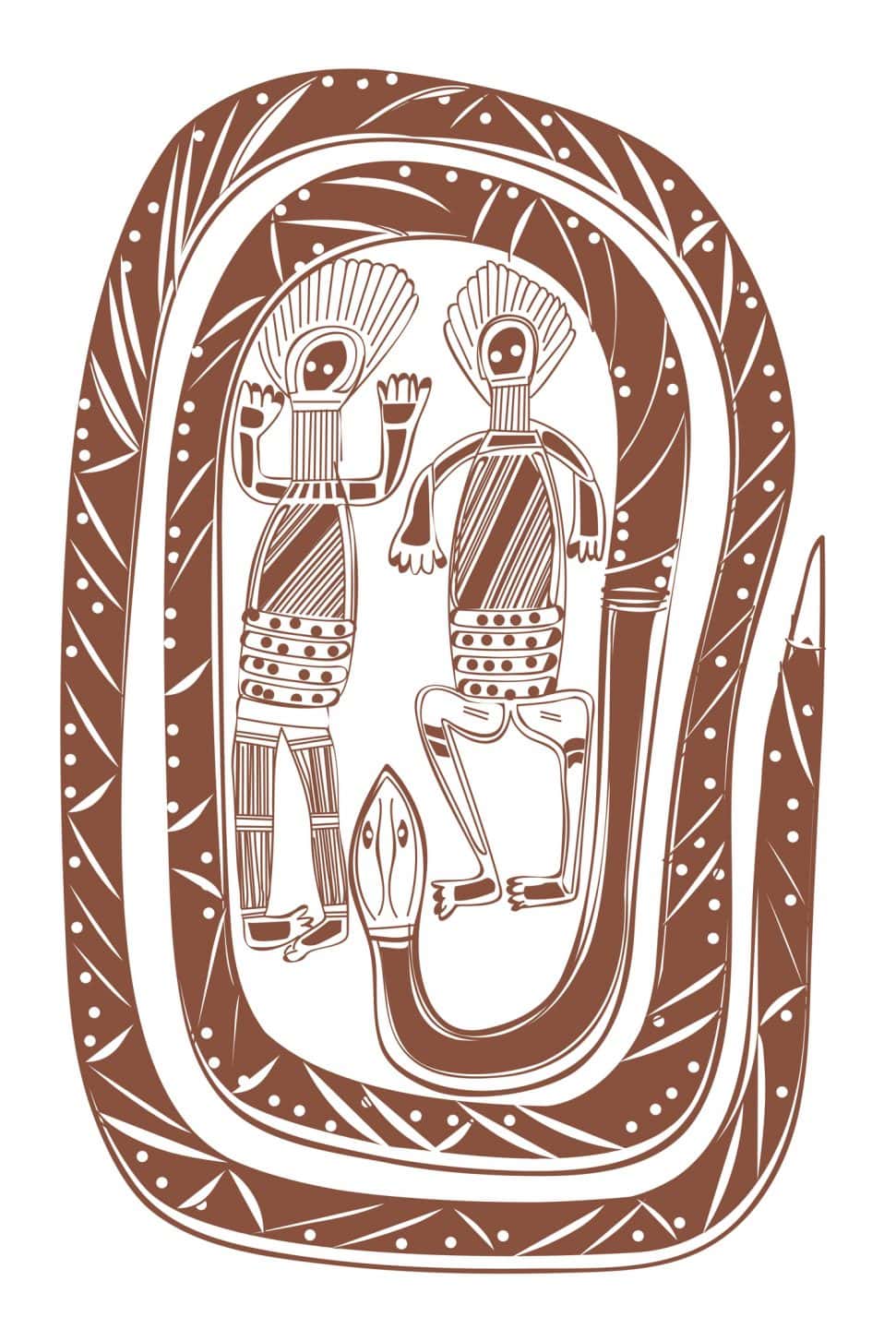 A six-metre-long, 300-millimetre-thick snake that lived in Australia some 23 million years ago dwelt at least partly underground, new research has found.

The snake is a member of genus called Yurlunggur, named in honour of the Rainbow Serpent, a creation myth animal held sacred by the people of Arnhem Land. Little is known of its habitat or habits, but clues to both have now been found through modelling the inner-ear structure derived from fossils.

A team led by Alessandro Palci of the South Australian Museum in Adelaide put together composite digital images of skull fragments from Yurlunggur fossils, and did the same for a more recent, related, extinct snake called Wonambi naracoortensis, which died out around 2.5 million years ago. From the images, the researchers were then able to construct “endocasts” of the inner-ear structures of both.

Inner ears function as surprisingly accurate guides to the environment and ecological niche of animals. Palci and colleagues therefore compared the two fossil endocasts against those of 79 extant and extinct reptiles, the habitats of which are known quantities.

The analysis revealed that while W. naracoortensis was a generalist, Yurlunggur’s ear showed that it was probably adapted to life spent partly in water and partly in a burrow underground. The snake’s skull shape, the researchers suggest, indicate that it might have actively constructed burrows from time to time, but only in loose or soft soil.

Both snakes were members of a family known as the Madtsoiidae, which has been completely extinct for millions of years. They were at first thought to be relatives of pythons and boas, but later analysis showed that they comprised a much earlier, “basal” group.

The differences between the anatomy of W. naracoortensis and Yurlunggur, the scientists say, is not surprising, given that madtsoiid snakes were around for roughly 100 million years and a wide degree of diversification is thus to be expected.

Indeed, they conclude that drawing family-wide inferences on the basis of only a few specimens is likely to be an unwise exercise.