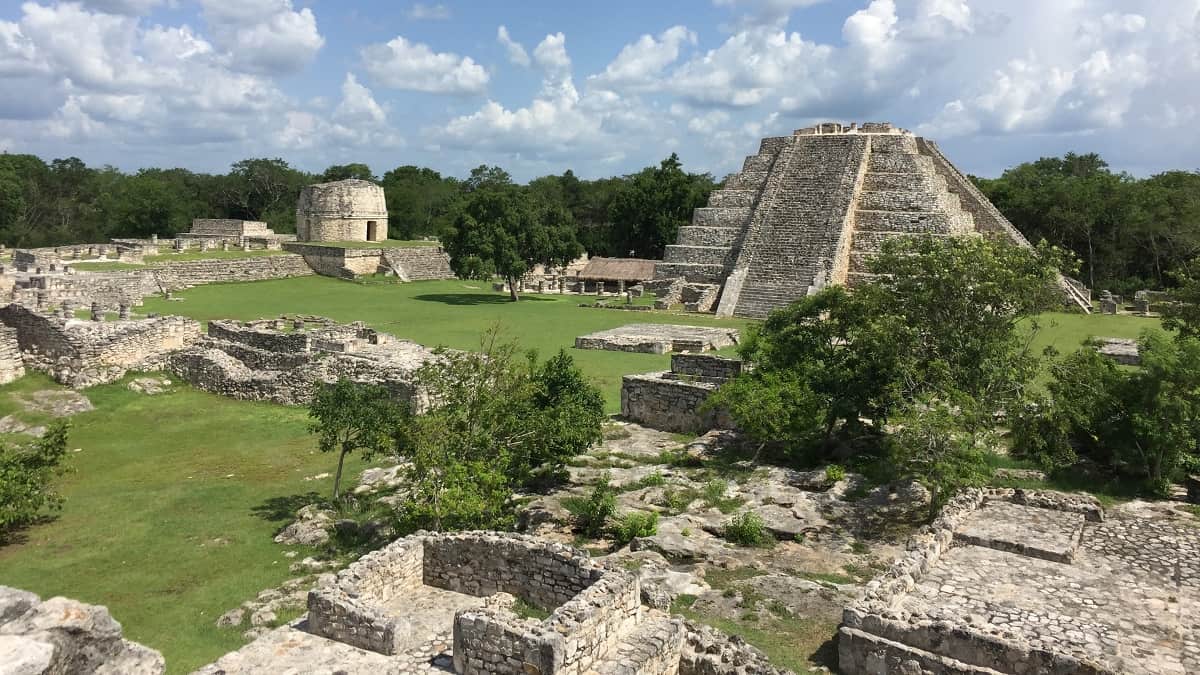 The Mayan civilisation was among the most advanced on Earth, based in Central America. But it wasn’t all smooth sailing even before the arrival of Europeans in the 16th century.

Mayapán, 40km to the south-east of the modern city of Merida, in Mexico, was the political and cultural capital of the Maya in the Yucatán peninsula with thousands of buildings and a population of 15,000-17,000 during the city’s peak. Emerging in 1200CE, the city was eventually abandoned in 1450CE after its despotic rulers from the house of Cocom were overthrown.

New research published in Nature Communications suggests that the civil unrest which led to the collapse of Mayapán emerged as a result of climatic changes.

The interdisciplinary team included researchers from Australia’s University of New South Wales, the University of California in the US and the University of Cambridge in the UK. Their findings shed light on the impact of changes in the climate on societies, making use of records from the city from before the Colonial Period.

Read more: Cue the Laos Cobra cave tooth, first clue in the Denisovan hunt down under

A prolonged drought, the authors suggest, lasting between 1400 and 1450CE escalated existing social tensions in the city. The effects of the drought on food availability in particular provided the impetus for the civil conflict which eventually led to the city’s abandonment.

“Our data indicate that institutional collapse occurred in the environmental context of drought and conflict within the city,” the authors explain. “Vulnerabilities of this coupled natural-social system existed because of the strong reliance on rain-fed maize agriculture, lack of centralised long-term grain storage, minimal opportunities for irrigation, and a sociopolitical system led by elite families with competing political interests, from different parts of the Yucatán Peninsula. We argue that long-term, climate-caused hardships provoked restive tensions that were fanned by political actors whose actions ultimately culminated in political violence more than once at Mayapán.”

In addition to looking at the climate (political and environmental) during the collapse of Mayapán, the researchers also looked directly at human remains found in the ancient city.

“Direct radiocarbon dates and mitochrondrial DNA sequences from the remains of individuals in the city’s final mass grave suggest they were family members of the heads of state (the Cocoms), ironically and meaningfully laid to rest at the base of the Temple of K’uk’ulkan, the iconic principal temple and ritual centtr of Mayapán.”

The winds of revolution, the authors argue, were fanned by political actors while conditions were worsening for the city’s inhabitants. Chief leaders of the change in political power were the members of the Xiu family house.

“Our results suggest that rivalry among governing elites at Mayapán materialised into action in the context of more frequent and/or severe droughts. Comparatively, such climate challenges present a range of opportunities for human actors, from the development of innovative adaptations to the stoking of revolution. These climate hardships and ensuing food shortages would have undermined the city’s economic base and enabled the Xiu-led usurpation. The unifying and resilient institutions that held the Mayapán state together until approximately 1450CE were ultimately eroded, the confederation dissolved, and the city largely abandoned,” they explain.

But the researchers also note the ability of the Maya to persist despite their difficulties. Those that abandoned Mayapan went to other cities, towns and villages. “Yet economic, social, and religious traditions persevered until the onset of Spanish rule, despite the reduced scale of political units, attesting to a resilient system of human-environmental adaptations.”

Such stories from human history provide food for thought as we face our own self-inflicted climate crisis which is exacerbating hardship for many millions around the world.

The authors conclude: “Our transdisciplinary work highlights the importance of understanding the complex relationships between natural and social systems, especially when evaluating the role of climate change in exacerbating internal political tensions and factionalism in areas where drought leads to food insecurity.”