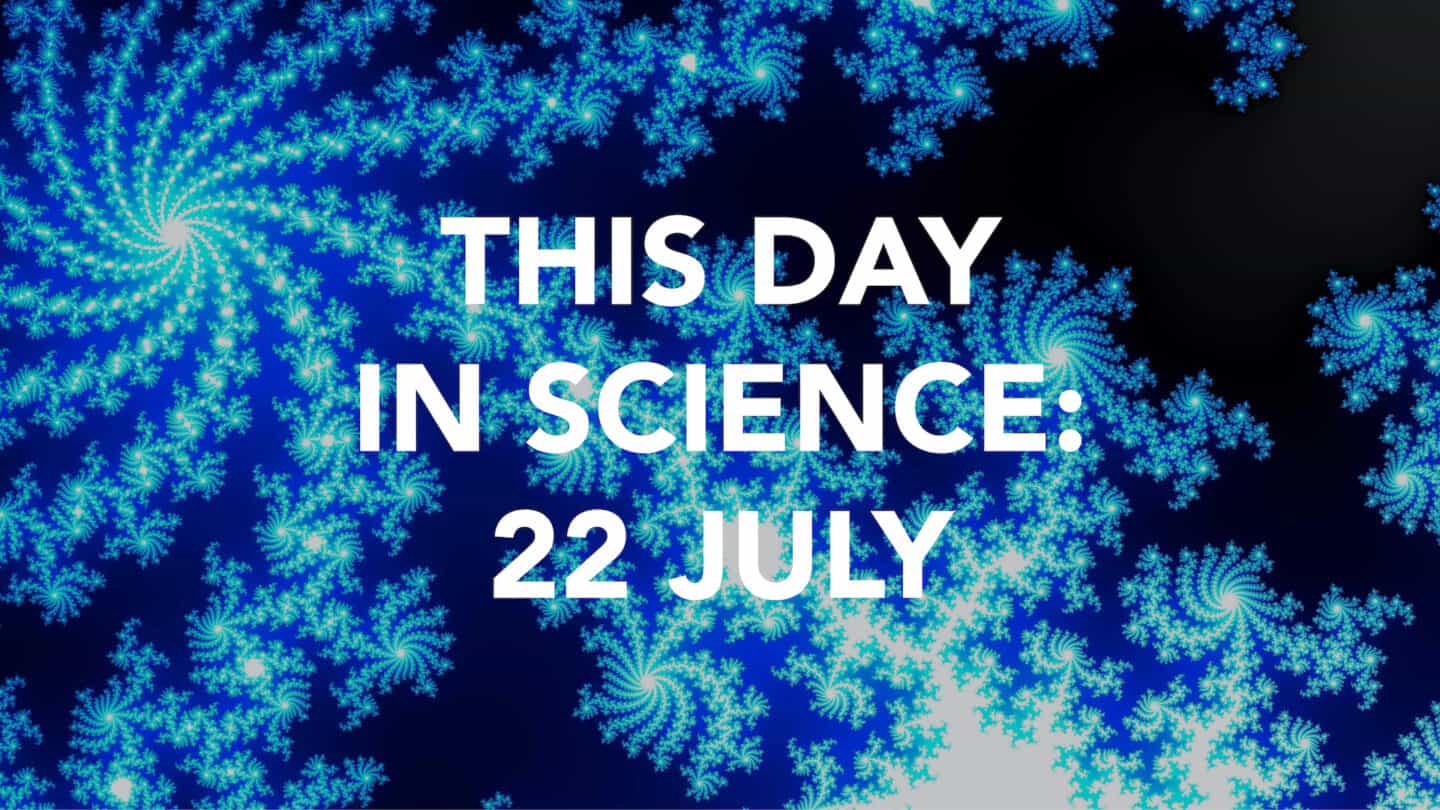 We commemorate the 1887 birth of Nobel-prize-winning German quantum physicist Gustav Hertz (nephew of Heinrich Rudolf Hertz), whose investigation of inelastic electron collisions in gasses is known as the Franck–Hertz experiments; and the 1888 birth of Nobel-prize-winning Ukrainian-American microbiologist and biochemist Selman Waksman. Waksman played a major role in initiating a calculated, systematic search for bacteria-killing agents – which he called “antibiotics” – among microbes after the discovery of penicillin. In 1943, he isolated streptomycin, the first specific antibiotic effective against tuberculosis.

Sir Sandford Fleming, Scottish-Canadian surveyor and railway engineer known as “the Father of Standard Time”, died this day in 1915. While in charge of the initial survey for the Canadian Pacific Railway, the first railway to span Canada, Fleming conceived the idea of time zones to address the problems of coordinating such a long railway. Fleming was a founding member of the Royal Society of Canada.

We remember Japanese chemist Takamine Jokichi, who died today in 1922. Takamine isolated the starch-digesting enzyme takadiastase from the fungus Aspergillus oryzae and licensed it to the pharmaceutical company Parke-Davis as a treatment for dyspepsia. Supported by the substantial profits from takadiastase’s sales, Takamine isolated the hormone adrenaline, the first effective bronchodilator to treat asthma, from animal glands.