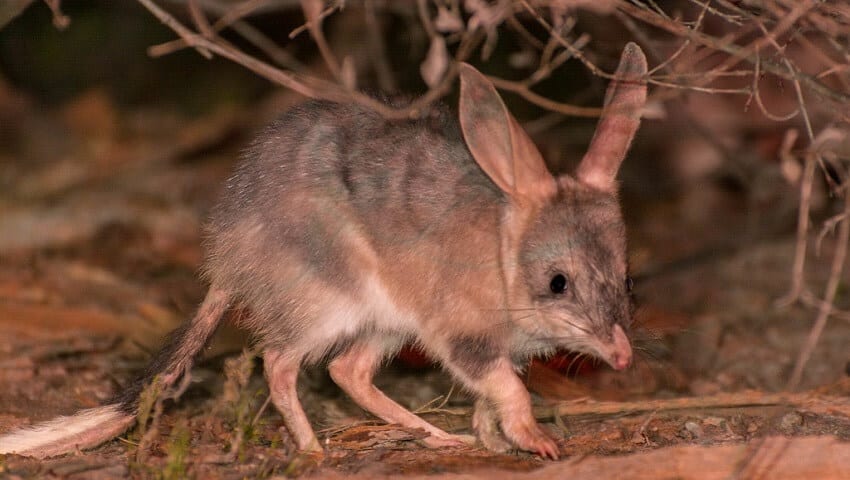 A scientist from the Western Australian Museum has discovered the oldest known fossils of two iconic Australian animals – the bilby and the bandicoot – which had been kept for decades at the University of Washington, US.

Both the bilby and the bandicoot are small, furry, rodent-like marsupials found on mainland Australia and – in the case of the bandicoot – Papua New Guinea and parts of Indonesia.

Previously, the oldest bilby (Bulbadon warburtonae) fossil was dated to 10 million years old, but according to the new study in the journal Alcheringa: An Australasian Journal of Palaeontology, the new specimen outpaces its predecessor by 15 million years, at almost 25 million years old. The newly discovered bandicoot (Bulungu minkinaensis), meanwhile, is a million years older than the previous record-holder at 26 million years.

Kenny Travouillon, curator of mammalogy at the Western Australian Museum, made the discovery while visiting the US as part of a Churchill Fellowship. Judd Case, of Eastern Washington University, had invited Travouillon to examine his collection of fossilised Australian animals, collected during the 1980s and 1990s. Travouillon was able to identify two new species in the collection, which turned out to be the record-breaking marsupials.

Travouillon says the discovery is significant because it provides information about the past, particularly in terms of climate change.

“Discovering new fossil species help us understand how animals evolved through time and how well they coped with climate change,” he says.

The fossils Travouillon studied in the US once lived in what is now South Australia, near Kati Thanda-Lake Eyre towards the centre of the continent, during the Oligocene – at a time when the landscape was wetter than today.

As Australia transitioned through the wetter Miocene, and then aridified to become the dry continent it is today, animals like the bilby and the bandicoot would have had to adapt to these changes or perish.

“But the modern bilby does have that ability – they have very strong, reinforced teeth.”

According to Travouillon, the new species are acutely important for understanding marsupial evolution over time because specimens are incredibly scarce. The new bilby fossil is only the third ever found, and vastly outdates the other two fossils.

“It’s giving us pieces of the puzzle, to understand how these animals actually evolved over time.”

This new discovery is not the first time an iconic Australian species has been found among the cupboards and specimen cases of a foreign institution.

The fabled thylacine – perhaps better known as the Tasmanian tiger – became presumed extinct after the last captive creature, known as Benjamin, died at Beaumaris Zoo, Hobart, in 1936. This extinction, the capping-off of two million years of evolution, was a result of human intervention after the Tasmanian Government introduced a bounty for dead tigers – which were thought to steal sheep and menace the population.

Colonial scientists from Europe, and later American scientists in the 1980s and 90s, took specimens of Australian animals to their respective institutions for study at a time when Australia’s scientific capacity was limited. Since then, thylacine skulls have been popping up at institutions around the world, sometimes in contexts where they are not fully understood, so in 2005 scientists built the International Thylacine Specimen Database (ITSD) to catalogue specimens held in collections around the globe.

Fortunately for Australia, Travouillon’s new bilby and bandicoot fossils are classified as ‘type’ material – that means they are the specific specimens used to describe new species, otherwise known as holotypes – so they will be returned home to Australia. But the discoveries beg the question – how many more examples of Australia’s unique faunal evolution lie waiting in the hallways and laboratories of universities around the world, ready to be discovered?