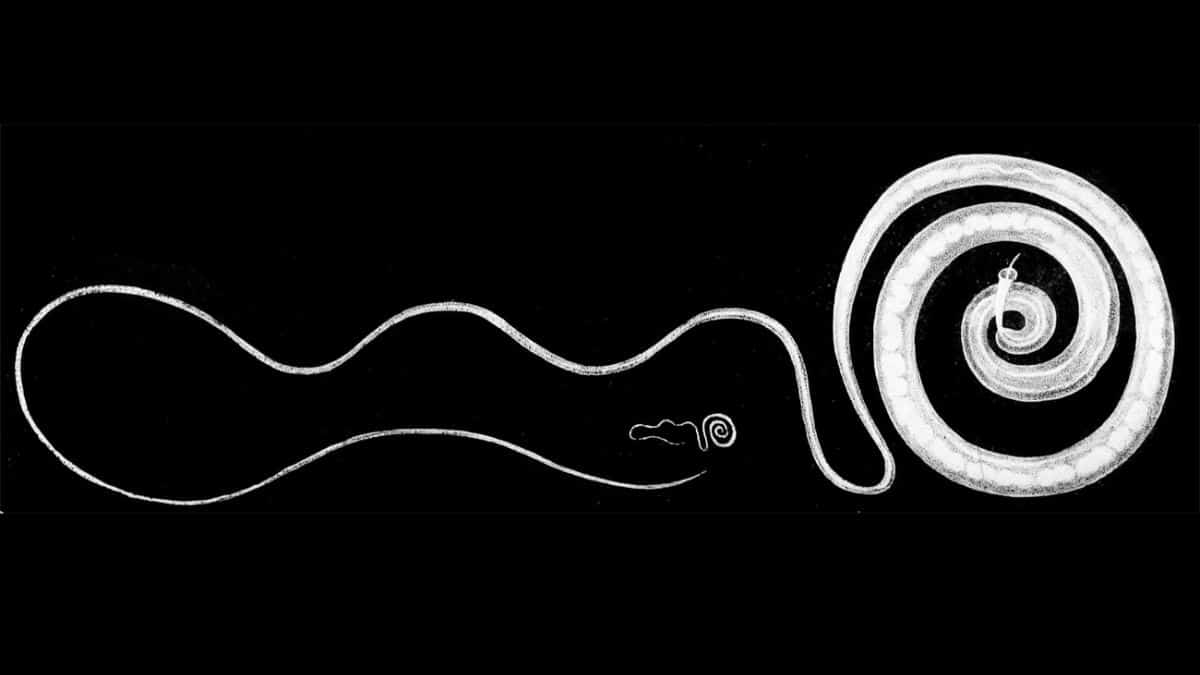 Ancient latrines in Viking Denmark, the Netherlands and Lithuania contain the history of an animal we’ve lived alongside for generations, and it might hold the key to dealing with one of the developing world’s big health issues.

The 55,000-year-old, rock-solid relationship exists between humans and the helminth – aka the intestinal parasite Trichuris trichiura or ‘whipworm’.

Okay, so maybe it’s not so much rock-solid as pretty rocky – the whipworm causes trichuriasis, which today is a neglected tropical disease with an estimated billion human infections around the world.

But this relationship has endured for a very long time – eggs from the parasite have been found in 9,000-year-old fossilised human faeces.

To dive into the parasite, researchers mapped the genome of both the ancient and modern version of the whipworm to see how it’s evolved. The research has been published in Nature Communications.

This is where the Viking latrines come in. Due to the eggs’ extreme durability, their internal DNA is kept well preserved if the eggs have been buried in moist soil.

Fossilised poo, from the latrines of Viking settlements in Viborg and Copenhagen, provided the eggs which were then (after being sieved from the stool) subject to genetic analysis.

“We have known for a long time that we could detect parasite eggs up to 9000 years old under a microscope. Lucky for us, the eggs are designed to survive in soil for long periods of time. Under optimal conditions, even the parasite’s genetic material can be preserved extremely well,” explains one of the researchers, University of Copenhagen parasitologist Professor Christian Kapel.

“And some of the oldest eggs that we extracted DNA from are 5000 years old. It has been quite surprising to fully map the genome of 1000-year-old well-preserved whipworm eggs in this new study.”

“These samples represent the oldest helminth samples and likely the oldest eukaryotic pathogens from which whole-genome sequencing data has been derived to date,” the team wrote in their new paper.

“Unsurprisingly, we can see that the whipworm appears to have spread from Africa to the rest of the world along with humans about 55,000 years ago, following the so-called ‘out of Africa’ hypothesis on human migration,” explains Kapel.

Today, a whipworm can grow five to seven centimetres in length and live unnoticed in the intestine of a healthy individual for several months. During this time, it lays eggs continuously, which are expelled through faeces. In people with weakened immune systems, whipworm can cause a wide range of gastrointestinal diseases, malnutrition and delay childhood development.

Despite the disease the parasite causes being estimated to affect 500 million people in developing countries, because it is now rare in industrialized countries, it is rarely given research funding.

“Our mapping of the whipworm and its genetic development makes it easier to design more effective anti-worm drugs that can be used to prevent the spread of this parasite in the world’s poorest regions,” says Kapel.