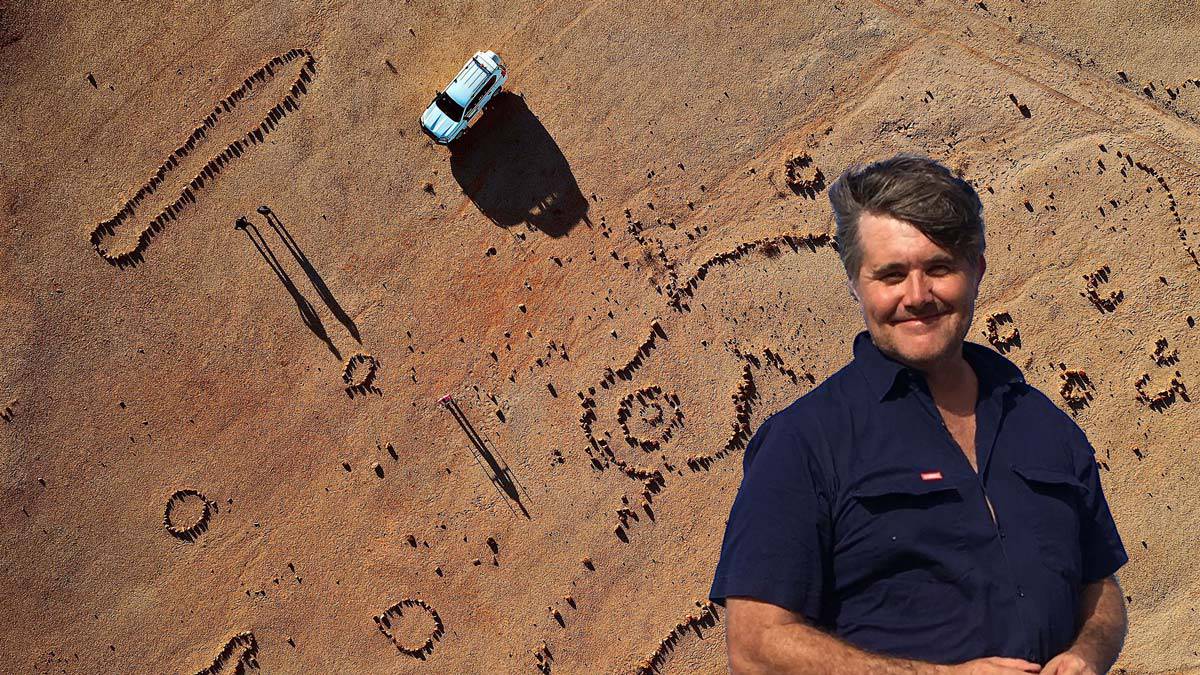 The next big thing in Australian archaeology is hidden in plain sight.

Plant geneticists haven’t been working on these sorts of questions in Australia – and that’s largely because we’ve assumed Aboriginal groups operated under hunter-gatherer systems.

I’m currently involved in research out in Mithaka country – the Channel country of southwest Queensland. We published our foundational in Antiquity last year that was a large regional survey of the landscape, and we recently received a grant from the Australian Research Council to continue that research.

We received this grant to test the hypothesis put forward by Bruce Pascoe in his book Dark Emu, bringing in plant geneticists, archaeobotanists, ethnobotanists, geomorphologists and palynologists (who study pollen cores to reconstruct environmental change). We aim to make a proper assessment of these landscapes and see if we can recover signatures of intensified plant use. We’ve called it “Testing the Dark Emu Hypothesis”.

Dark Emu is a very important book. Bruce Pascoe has connected people with an aspect of the Aboriginal past that most Australians have not previously engaged with at all. He’s put forward a hypothesis, and we’ve identified a key landscape where we can test these ideas. This is an opportunity for archaeologists to work collaboratively with Aboriginal traditional owners to bring together multidisciplinary teams incorporating a whole range of expertise that archaeology hasn’t traditionally engaged with in this country.

We do our first fieldwork in May – I spoke to Pascoe about this and he is absolutely thrilled that researchers are taking his research seriously.

PhD candidate Doug Williams has already identified the largest seed grinding quarry sites in the country – we’ve found thousands of these quarry sites with people extracting grinding stones for processing grain to make bread. The history records Aboriginal groups in the area were living in substantial villages – there’s one account of a village of 103 huts. Whether these were permanent villages is unlikely – they were probably seasonal. But some of the big dwellings were substantial structures, and we’ve started to excavate some of them; archaeobotanist Dr Nathan Wright from UNE has started to recover archaeobotanical remains.

It’s a new way of looking at archaeological landscapes in Australia, and thinking about these populations, not necessarily through the lens of hunter-gatherer society but as food producers.

We have revealed new evidence relating to a trading exchange network that extended from the Gulf of Carpentaria down to the Flinders Ranges from South Australia, with multiple goods moving up and down these desert channels – it’s like Australia’s version of the Silk Road.

This commerce wasn’t necessarily built around gaining a material advantage, but more in developing relationships and partnerships across arid Australia, which sustained much larger populations in this region than we see today. There were likely thousands of Aboriginal people subsisting in that area. These are fascinating systems that we’re only really beginning to understand and access through the more widespread use of remote sensing technology (such as satellites and fixed-winged drones).

We’ve already found sites where villages historically were known to have existed, and we’re now looking at magnetic anomalies to find more sites. Using a magnetometer, Dr Kelsey Lowe from UQ has found magnetic signatures that relate to Aboriginal use of fire. We’re now applying our knowledge of these signatures to landscapes which we think could be the site of other villages.

One of the first roles of this project will be to excavate one of these potential village sites. Archaeobotany isn’t a discipline that’s been applied a great deal in Australia, but it’s important work. For most archaeologists, the smallest sieve mesh they use is two millimetres. But most Australian seeds are less than 1mm. We were never going to recover archaeobotanical remains using traditional methods, but archaeobotanists Professor Andy Fairbairn and Dr Nathan Wright are recovering large quantities of seeds with these excavations using a finer mesh.

We don’t know if these food production practices are widespread. I think there’s a lot of regional diversity in Aboriginal social and economic systems. When we use the label hunter-gatherer, people think it’s the same economic system everywhere, but I think there’s a huge amount of variation in the nature of Aboriginal food production systems around the country. Some may be reliant on aquatic resources one season – the next season, there may be a fairly intensified foraging strategy. Others such as Aboriginal groups in Cape York and the SW Torres Strait Island may have been cultivating plants in lean seasons, then in better seasons, they’re able to harvest marine resources. So there’s an exciting degree of variation and flexibility that we really need to untangle.

The Channel country in southwest Queensland is the last unregulated desert channel system in the world. It’s tragic that the Palaszczuk government has given exploratory licences for fracking in that landscape. I was taken aback by that, to be honest. At the same time, our research has supported a nomination for National Heritage listing on some of the massive sites, that have now been shortlisted.

So we’ve got this strange situation with the state government looking at exploitation for fracking while the federal government is considering elements of this landscape for National Heritage listing. There are encouraging signs from the state – for example, in a visit late last year the Minister for Aboriginal and Torres Strait Islander Partnerships Craig Crawford was blown away by the extraordinary scale of the Mithaka cultural landscapes as the indefatigable Mithaka general manager Josh Gorringe showed him massive quarries and what appear to be ritual precincts marked by elaborate stone arrangements.

The archaeological record in this vast region is largely intact. We’ve lost so much already across Australia of the rich Aboriginal past – it would be a national tragedy if fracking was able to get into the landscape, so pristine and well preserved. And before we actually know its significance. I’ve got no doubt these are internationally significant heritage values that we’re looking at, when you consider the scale of these sites. They’re monumental in terms of Australian archaeology, and we’ve barely scratched the surface.

Cultural heritage records shouldn’t be seen as an obstacle to progress – it actually should be seen as a resource to foster things like cultural tourism and education and regional growth. People travel from all over the world to go to the south of France to see their amazing archaeological landscapes – the French are so proud of their “préhistoire”. But in Australia, people don’t engage with the Aboriginal past – many are disconnected and do not see it as part of our national story.

It’s a big challenge getting everyday Australians interested in the importance of the archaeological record of the First Australians. If people valued it more, we wouldn’t see things like the destruction of Juukan Gorge occur – no one in their right mind could imagine a mining company approving the destruction of the 46,000-year-old site in any other Western country. To just destroy it with dynamite doesn’t make any sense.

It’s a sad reflection on how we value Aboriginal heritage. There’s a lot of challenges, but equally a landscape like that in Mithaka country – and importantly, the enthusiasm that the Mithaka people have for conserving and sharing their heritage – offers great hope.

An exhibition, “Kirrenderri – Heart of the Channel Country”, is currently open at the University of Queensland’s Anthropology Museum until August 7. Free to the public, it illustrates the cultural and aesthetic riches of the Mithaka region of Channel Country referred to in this article.

Originally published by Cosmos as Testing the Dark Emu hypothesis 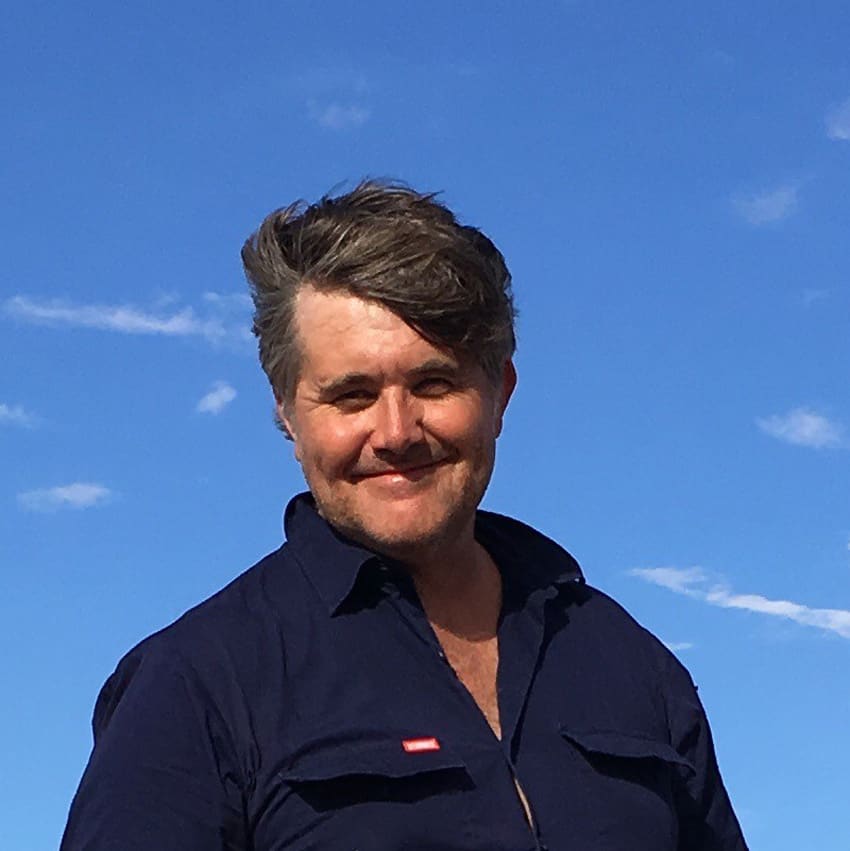 Michael Westaway is an Associate Professor of archaeology at the University of Queensland and an Australian Research Council Future Fellow. He is interested in the intersection between archaeology and biology and works largely in the field of bioarchaeology in Australia and New Guinea.