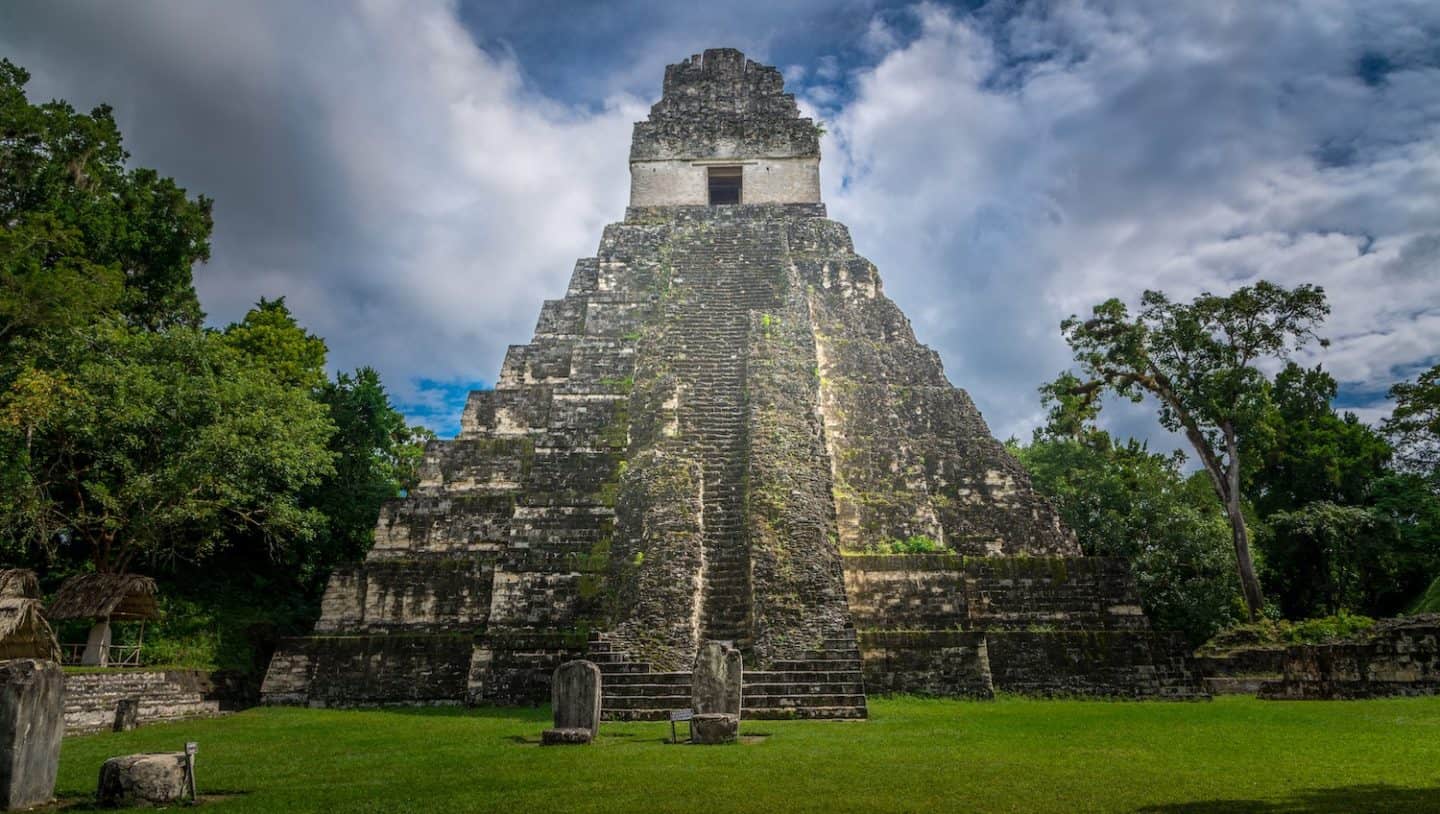 What went on here? The Pyramid of Tikal, a famous Mayan site in Guatemala. Credit: Kitti Boonnitrod / Getty Images

The dominant theory explaining the demise of the Mayan civilisation has been thrown into doubt by archaeological evidence revealing a practice of city-wide destruction and massacre much earlier than assumed.

The height of Mayan influence is held to be what is known as the Classic period, which lasted from 250 to 950 CE, during which its rule spread across parts of modern-day Mexico, Guatemala, Belize, Honduras and El Salvador.

Contemporary scholarship holds that for much of that period aggression by the Maya was largely ritualised, with incursions into new or rebellious territories focussed mainly on destroying temples and securing high-status hostages, leaving non-combatants unharmed.

Around 800 CE, the story runs, the occupiers changed strategy and began a campaign of total war against enemies, slaughtering soldiers and civilians alike and torching entire settlements.

There is ample archaeological evidence to support the idea of ultra-violent and destructive conflicts during this period at several sites, including those at Dos Pilas, Aguateca and Cancuen.

As it stands, the narrative is accepted not least because it carries elements of a cautionary tale. The Mayans prospered while they behaved in a relatively peaceful manner, but falling prey to the temptations of carnage led to their demise. Indeed, the period from 800 CE onwards is given the appropriately doom-laden label of Terminal Classic Period (TCP).

This neat story, however, now faces a substantial challenge, with multiple lines of evidence pointing to the exercise of total war at least a century before the start of the TCP.

In a paper published in the journal Nature Human Behaviour, researchers led by David Wahl of the US Geological Survey reveal the utter destruction of a city known as Witzna, in northern Guatemala, in the year 697 CE.

The research began with the discovery of a Mayan hieroglyphic text recording that Witzna had been burned, with a calendrical reference that equated to 697.

Sediment analysis of a lakebed near the city – which is a well-established archaeological site – revealed a distinct layer of charcoal, indicative of a major fire, dating to the period. At the site itself there was ample evidence confirming the destruction of buildings and monuments during the same narrowly constrained period.

Another set of sediment investigations showed that human activity at Witzna dropped off dramatically in the period immediately after the fire, indicating that the city’s residents were either dead, displaced, or both.

The results, Wahl and colleagues write, show that Mayan society was a lot more complex than commonly thought.

“These findings have important implications for our view on the functioning of Maya states and the role of warfare at the end of Classic Maya civilisation,” they conclude.

“They show that total warfare was not limited to the TCP but was probably common much earlier.”