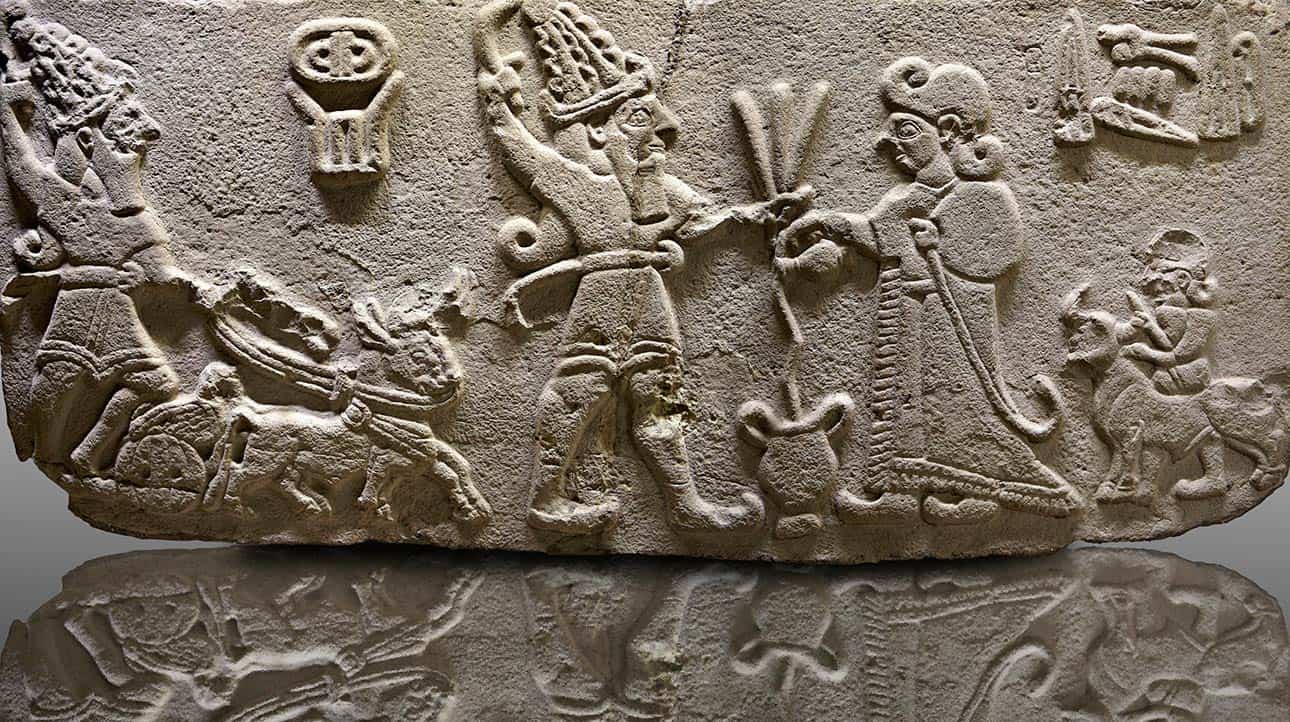 Beer-makers in the ancient Hittite empire – which centred on Anatolia in modern Turkey – carefully controlled their brews according to the season, altered flavours according to taste, and used a bittering agent thousands of years before the domestication of hops.

Those are some of the main findings emerging from research by Michael Brown from the Institut für Ur- und Frühgeschichte und Vorderasiatische Archäologie in Heidelberg, Germany, and published in the Journal of Archaeological Science: Reports.

Absent from Brown’s paper, however, is the discovery that Hittite beer – at least the style derived from biological and archaeological evidence unearthed at a temple brewery site in Kuşaklı-Sarissa in north-central Anatolia, dating to the second millennium BCE – would not have been out of place in a modern gastro-pub.

“It’s not mentioned in the paper but we did brew a small trial batch in the lab while writing up the chemical analyses,” he says.  “Surprisingly pleasant, a bit like Belgium Duvel!”

The Hittite empire arose around 1600 BCE, and reached its height about two centuries later when its reach included the northern Levant and Upper Mesopotamia. Sources attest that beer-drinking fulfilled several ceremonial and religious functions.

To further flesh out this picture, Brown analysed residues obtained from archaeological samples in order to understand the materials and techniques used by the brewers at the site. Kuşaklı-Sarissa’s use for beer-making was easily confirmed by the presence of calcium oxalate, a substance that forms when oxalic acid bonds with calcium in water. The molecule is a strong (although not conclusive) indicator of barley-based brewing, especially when found on ceramic vessels.

The containers found at the site (and mirrored by those at a second brewery unearthed in the old Hittite capital of Boğazköy-Hattusa) included large vessels for mashing, and narrow-necked amphorae that could be easily sealed with clay to prevent bacterial contamination.

Some of the beer being brewed, Brown suggests, was consumed through reed straws stuck straight into the fermentation vessels. Most, however, would have been sealed up and left to mature.

Grain remnants found at the site were overwhelmingly from barley. The kernels were much larger than those from other parts of the of wider archaeological dig, implying, says Brown, that they were deliberately selected for beer-making.

Smaller concentrations of Emmer wheat kernels were also found – suggesting that the brewers sometimes made mixed-grain ales, or even pure wheat beers.

Brown cites research published in 2011 that established that brewing practices varied substantially across the Hittite empire, and were also influenced by seasonal temperatures.

For instance, grain was dried by spreading it over mats placed on the flat roofs of buildings. Fresh grains were turned over twice a day, achieving germination, the researchers found, in as little as four days. There is also some evidence that the Hittites combined malted and unmalted grains in the mashing process, perhaps in an effort to produce lower-alcohol brews. (The result, notes Brown, would have been “not always the desired outcome”.)

Ancient beers, it has often been assumed, would have been significantly sweet, mainly because hops – the important bittering agent used today – was not deployed until the late Medieval period.

The Hittites, Brown’s research discovered, very likely achieved the same result using a different botanical. His residue analysis revealed significant quantities – between one and two per cent – of seeds from plants in the genus Polygonum, which includes buckwheat and knotweed among about 220 other species.

The 4000-year-old samples were too degraded to enable precise identification, but polygonum seeds are known to contain high concentrations of phenolic compounds, which impart a bitter taste.

Brown points out that there is no specific Hittite word so far translated that specifies “bitter”, and at least two that imply “sweet” in a beer context. This, he said, should not be used to infer that all Hittite beers were sugary to taste.

Rather, it is more likely to mean that bitter-tasting beers were the norm, and that sweet ones – such as marnuan, a honey beer, and Walhi, another sweetened form – were speciality brews that, again, might not be out of place in a groovy little downtown bar in Berlin.

The research fails to pinpoint the exact source the Kuşaklı-Sarissa brewers used to secure the other essential ingredient for alcohol-making: yeast. Brown identifies several possibilities, including honey-mead, grape-wine and hardwood bark from nearby woodland.

Regardless of origin, however, he notes that yeast reserves were very likely stored in sugar-rich worts – the liquid extracted from the mashing process – in narrow-necked bottles for use during the colder months when the key species, Saccharomyces cerevisiae, was in short supply.

Remnant yeast populations were also very likely to be present all year round on the porous surfaces of the brewery’s clay vessels and walls – a fact, Brown suggests, that “would have served to increase consistency between successive fermentations”.

The research strong suggests that 4000 years ago the Hittites were serving up beers that were varied, deliberate, and ranged in alcohol content. Brown’s brewing experiment also established that the drinks in question were very likely sophisticated and delicious.

His results, he concludes, may well be of interest to more than just archaeologists and historians.

“This study establishes a theoretical basis for future experimental reconstruction and highlights novel ingredients potentially of interest to modern craft brewers,” he writes.