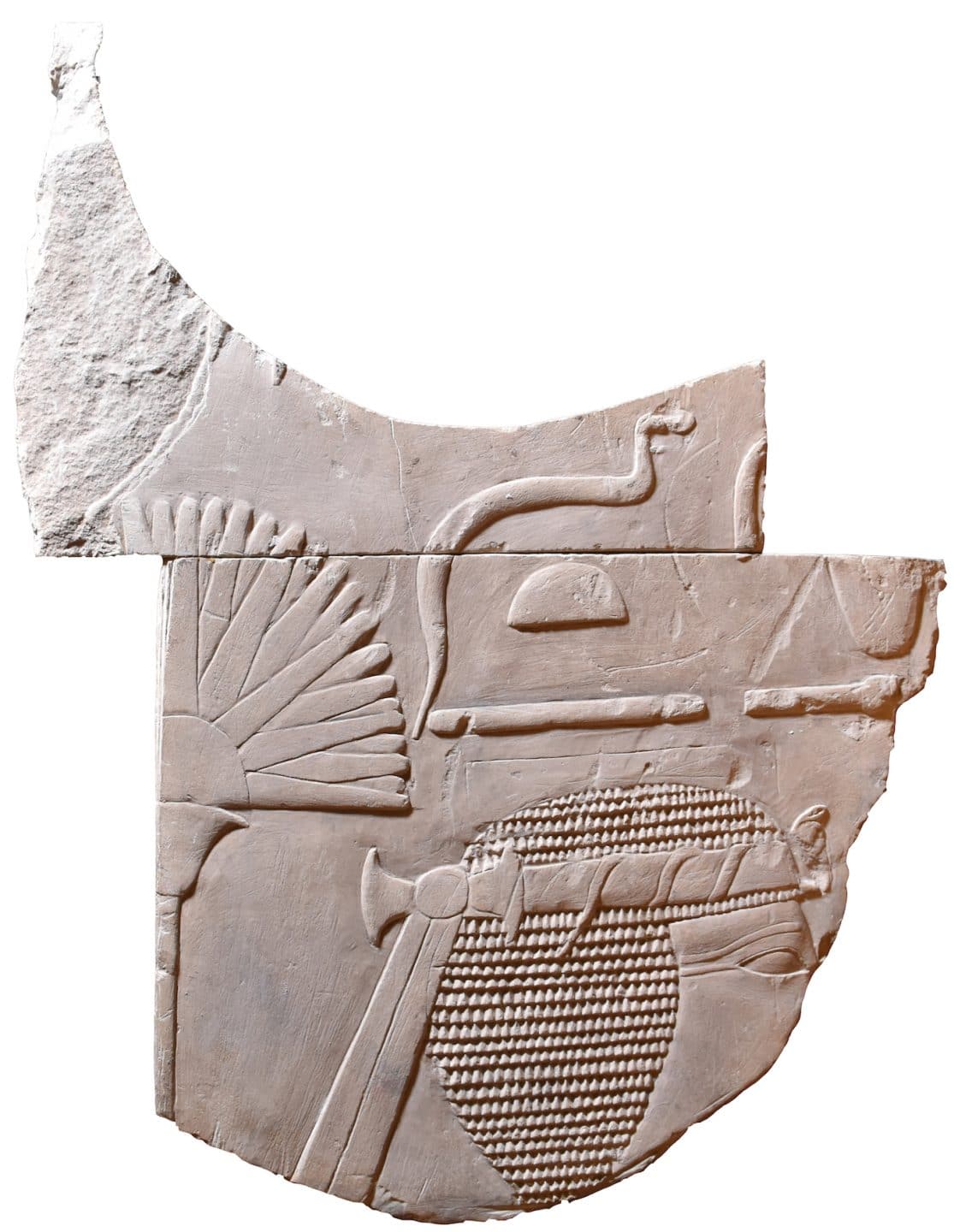 A chance find at a university in Wales has uncovered a previously unacknowledged image of one of the most beguiling characters in ancient Egyptian history – the female pharaoh, Hatshepsut.

Images of Hatshepsut are always of keen interest to Egyptologists, because – albeit in a very different context to those found today – they reflect a marked fluidity in the way that gender and power were depicted.

Hatshepsut ruled Egypt between 1507 and 1458 BCE, making her only the second-known female ruler in an otherwise unbroken line of men stretching back 1700 years. Officially, she was co-ruler of Egypt, with Thutmose III, who was just two years old when she ascended the throne.

The length of her rule marks her as one of the most enduring pharaohs in Egypt’s history, and the depth and nature of her relationship with the male child-king continues to be the subject of lively scholarship.

Also of ongoing fascination is the way in which Hatshepsut was portrayed during her reign. For no doubt ceremonial reasons, she opted sometimes to be shown with accoutrements of male rule, including a false beard. This has led to many interpretations of her nature, some of which, arguably, are likely to be at odds with the unknown gender politics of Egypt’s eighteenth dynasty.

Interpretations of her personality, wrote German Egyptologist Uroš Matić in 2016, “often identify her as a cross-dresser, gender-bender or ‘woman with a beard’”.

Yet Hatshepsut can perhaps more accurately be seen as a woman who was keenly aware of the advantages and disadvantages arising from gender roles, and was prepared to exploit them in order to maintain power.

At stake, wrote Egyptologist Dimitri Laboury from the University of Liege in Belgium, was “the official image of the royal power.”

“Thus,” he suggested in 2014, “even if she decided to be depicted on the walls of her newly built temples as a male king, there is absolutely no doubt that Hatshepsut appeared during the inspection or the inauguration of those monuments with the guise and garments of a female pharaoh.”

How the latest image of the gender-fluid pharaoh will aid in better understanding her reign and significance remains to be seen – but the manner of its discovery perhaps says something, at least, about the work practices of an earlier generation of researchers.

The find was made by Egyptologist Ken Griffin from the University of Swansea. Based only an old black-and-white photograph, he had requested that two pieces of carved limestone – clearly originally adjacent to each other – be retrieved from the stores of the city’s Egypt Centre.

Griffin had seen no special significance in the pieces, which had not been examined for 20 years. He requested them merely so his students could gain some experience in physically handling genuine artefacts in preparation for later archaeological digs or curatorial careers.

Seeing the limestone fragments in real life, however, Griffin immediately recognised the style of the incomplete head depicted as typical of others found in the temple of Hatshepsut at Deir el-Bahri (otherwise known as Luxor). Although the face was missing, the presence of a cobra symbol identified the person depicted as royal.

Remnants of hieroglyphics on the fragments used the female pronoun – strong evidence that the royal figure was not only extant at the same time as Hatshepsut, and in a temple dedicated to Hatshepsut, but was in all likelihood Hatshepsut herself.

Griffin searched the records of the Egypt Centre but could find no indication of how or when the fragments were collected. They were donated in 1971, and had been previously part of a collection of antiquities amassed by the pharmaceutical entrepreneur Sir Henry Wellcome, who died in 1936.

There are marks on the back of the limestone, clearly indicating that the work had been cut and levered off a wall – but exactly where and by whom, for the moment, at least, remain unknown.

Given the importance of the find, the image of Hatshepsut was not returned to storage, but instead has been placed on permanent display.