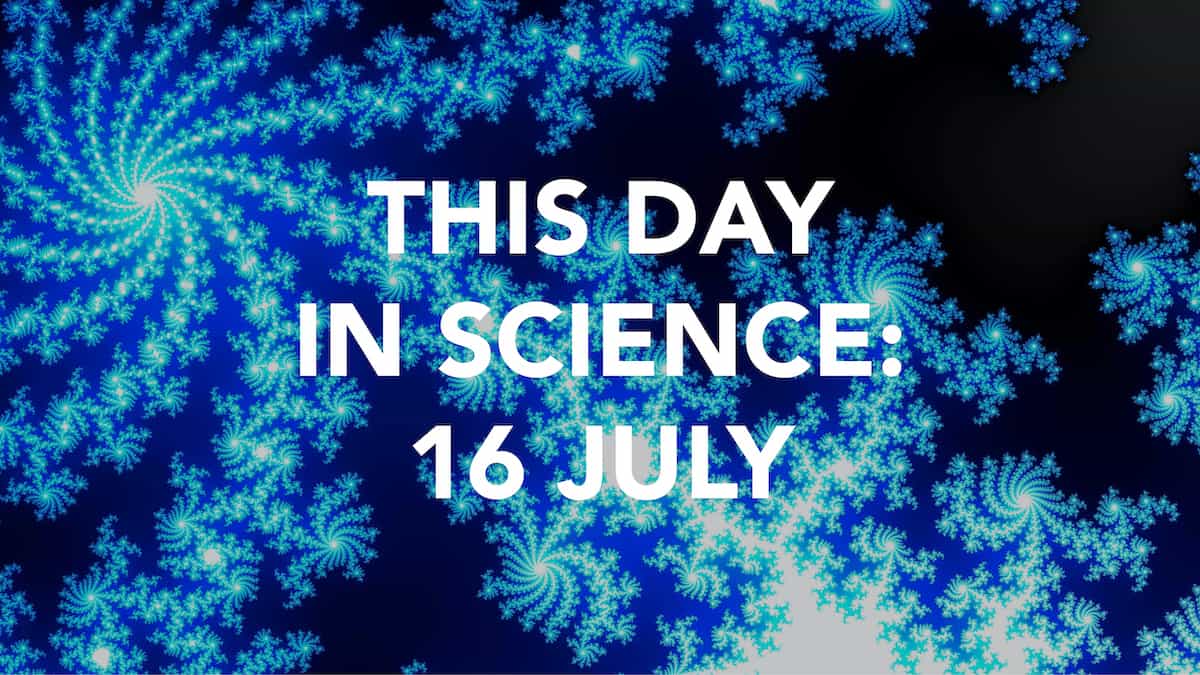 On this day in 1969, Commander Neil Armstrong, command module pilot Michael Collins and lunar module pilot Edwin “Buzz” Aldrin set forth on the first manned mission to the Moon as Apollo 11 launched from Cape Kennedy.

Four days later, on July 20, an estimated 650 million people worldwide watched footage of Armstrong emerge on to the surface of the Moon and heard his voice describe the event as “…one small step for (a) man, one giant leap for mankind“.

Born 16 July 1746, Italian astronomer and author Giuseppe Piazzi was the discoverer of the first asteroid, Ceres. Piazzi established an observatory at Palermo and mapped the positions of 7646 stars. On 1 January 1801 he observed Ceres for the first time and initially thought it was a new planet. Three more asteroids were spotted in the next six years and then no more until just before mid-century, when they became more commonly found. In 2006, Ceres was redesignated as a dwarf planet, so Piazzi became the first person to discover a dwarf planet (the second dwarf planet, Pluto, would not be observed until 1930). The thousandth asteroid discovered was named Piazzi in his honour.

Born 16 July 1872, Norwegian explorer Roald Amundsen was the first person to successfully reach the South Pole on 14 December, 1911 – five weeks ahead of a British party led by Robert Falcon Scott  and his Terra Nova Expedition. From 1903 to 1906 Amundsen had also led the first expedition to successfully traverse the Northwest Passage. He disappeared in June 1928 while flying on a rescue mission for the airship Italia in the Arctic. His remains have never been found.

Originally published by Cosmos as July 16: Apollo 11 lifts off bound for the moon; Giuseppe Piazzi and Roald Amundsen born