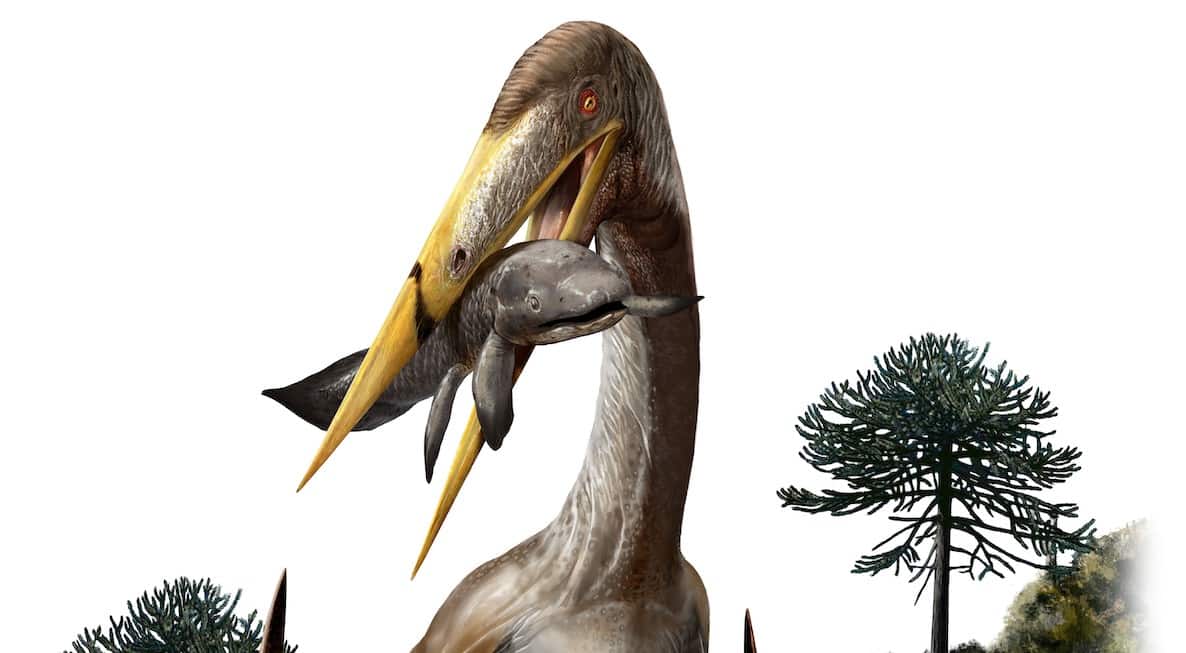 Azhdarchid pterosaurs were the largest animals ever to take to the sky: these massive flying reptiles were cousins of the dinosaurs, with epic wingspans of up to 12 metres. According to the fossil record, they dominated the skies from about the Late Triassic, some 225 million years ago, up until the end of the Cretaceous about 66 million years ago.

The creatures have long puzzled scientists, who sought to understand how they were able to support necks which were longer than a giraffe’s and which, in some cases, had a fifth vertebra as long as the animal’s entire body.

New research published in the journal iScience has revealed that these pterosaurs were able to support their gigantic necks through an anatomical quirk in their vertebrae found nowhere else in the animal kingdom.

By CT-scanning a well-preserved pterosaur fossil from Morocco, the team found that its vertebrae had arrangements of cross-struts within the core which connected a central neural tube to the external vertebra wall.

By consulting with biomechanical engineers, the team established that this structure was critical in enabling the pterosaurs to support their long necks and massive, 1.5 metre heads mid-flight, even with large prey in their jaws. Analysis suggests that just 50 of the spoke-like trabeculae increased the weight-carrying capacity of the neck by 90%.

The team, led by Cariad Williams of the University of Illinois, US, did not set out to examine the internal structure of pterosaur vertebrae – they were more interested in examining the degree of movement between each vertebra in the neck.

“We did not originally CT scan it to learn about the inside; we wanted a very detailed image of the outside surface,” Martill says. “We could have got this by ordinary surface scanning, but we had an opportunity to put some specimens in a CT scanner, and it seemed churlish to turn the offer down.”

“What was utterly remarkable was that the internal structure was perfectly preserved,” adds Martill. “As soon as we saw the intricate pattern of radial trabeculae, we realized there was something special going on.”