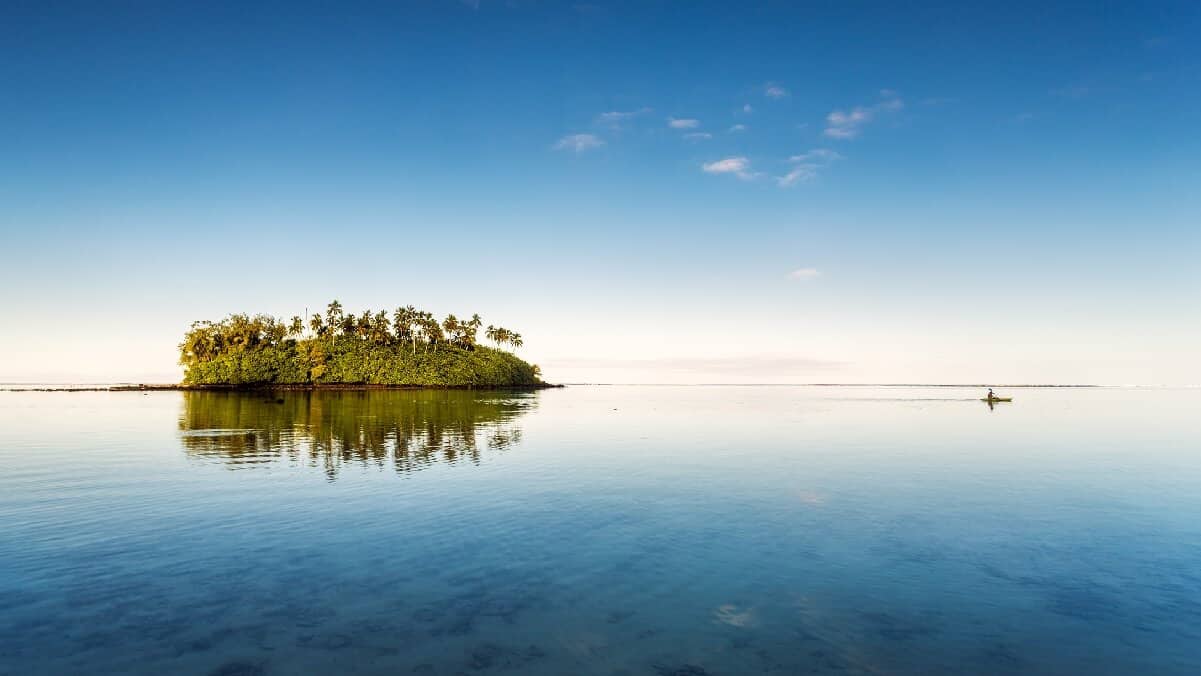 An international team of scientists has combined innovative machine-learning techniques with population genetics to provide the most accurate map to date of the earliest migrations through the Pacific Islands, opening a window into one of humanity’s most epic journeys.

The team, led by Andrés Moreno-Estrada, Alexander Ioannidis and colleagues, used a dataset of samples from 430 present-day Polynesians to build a picture of the routes taken to populate this vast stretch of islands, some separated by thousands of kilometres of volatile ocean. The findings are published today in the journal Nature.

The analysis suggests that the migration began in Samoa and spread first through Rarotonga (Cook Islands) in the 9th century AD, the Tōtaiete mā (Society Islands) in the 11th century, the western Tuhaʻa Pae (Austral Islands) and Tuāmotu Archipelago in the 12th century, and finally to the Te Henua ʻEnana (Marquesas Islands) in the north, Raivavae in the south, and Rapa Nui (Easter Island), the easternmost of the Polynesian islands, which was settled in approximately AD 1200 via Mangareva.

The team also found particularly close genetic links between the Marquesas, Raivavae and Rapa Nui – islands that all have ancient stone monoliths – despite the vast distances between them. Moreover, they pinpointed that the peopling of these last islands coincided with first contact with Native Americans, whose DNA can be found throughout the region.

According to Ioannidis, an expert in using computational methods for population genetics at Stanford University, California, US, the team was able to trace the movements of discrete groups of people by identifying population bottlenecks – instances where a previously rare gene from a larger population was carried to a new island by a much smaller group, where it then became more common within that island’s population. Identifying these signals in modern populations allowed the researchers to infer where those bottlenecks occurred, based on the populations in which they are most commonly found.

“The analogy that I like to use is balls in a bucket,” says Ioannidis. “So, let’s say you have 20 purple balls and three green ones in a bucket, and you take two at random, put them on a boat and they’re going to sail across the ocean and settle an island.

“Most likely the two new balls will be purple, but if you repeat this 1000 times in a row, sometimes you’re going to take just two green balls and put them on the boat. Then, every ball on the new island is going to have the green trait.”

Ioannidis explains that while the chances of an individual rare trait being carried to a new island are slim, there are more than 600,000 positions along a DNA strand, and therefore there are thousands of opportunities for a rare trait to reach a new island in a small group and become genetically common.

“That allows you to trace this process,” he says. “And it’s very unique to this situation, because most genetic studies are of continental populations, where you have people mixing all the time, so these signals just wash out.

“But with these founder populations, you get this really clear signal.”

“When you’re looking at ancient DNA, you have only a few samples and often they’re missing pieces of the sequence because it’s been degraded,” he says. But with this technique, “you have much higher quality data and you have a lot more of it.”

In order to carry out this kind of study on a modern population, the team had to first deal with a lot of genetic ‘white noise’ because modern Polynesians have large quantities of European DNA.

“Some of these islands have, for example, more than 50% European ancestry, so if you analyse the samples without accounting for that, you’ll come up with the fact that the most closely related Polynesian islands are the ones that are half French,” says Ioannidis. “But that doesn’t tell you anything about the actual history of settlement.”

In order to circumvent this problem, the team invented new methods to remove the European DNA from the data, using machine learning. This opens up potentially fascinating new avenues for studying ancient populations that are typically limited by the sparsity of ancient DNA, especially in the tropics where genetic material degrades rapidly.

“We’re able to do a very detailed reconstruction, even using modern genomes that have a lot of other complexity to them through recent history,” says Ioannidis.

Moreno-Estrada says the team’s ground-breaking paper demonstrates that modern DNA can open up windows into the past that ancient DNA has not yet been able to do.

“The popularity ancient DNA studies have is that it’s a direct dive into the past, and that’s true,” he says. “But it’s still very limited when you have very few sample sizes and poor-quality DNA, so even though you get cleaner data because it’s from that particular time period, you don’t have the power of reconstructing these population-level patterns.”

Ioannidis agrees. “A modern individual has two parents, four grandparents, and that grows exponentially. So, when you go back through history, they have hundreds or even thousands of ancestors who are all contributing DNA to their modern genome.

“So, there’s a sense in which you have a much broader sample of the past with one modern individual who has all of this history written in their code.”

Moreno-Estrada predicts that some people will question the accuracy of the data based on the fact that Polynesian populations were historically mobile and interactive, potentially blurring the gene pool.

But, he says, “it’s a matter of the genetic data telling us where the strongest signals are coming from. And this mostly comes from the initial pulse of the people settling.”

He explains that this initial settler population will dictate the dominant genetics of the island’s population, so later admixture events will have limited impact on island genetics, even if they have powerful impacts on culture and archaeology.

Unravelling an ancient story of the peopling of Polynesia

According to Patrick Kirch, an expert in Pacific archaeology at the University of Hawaii who authored a commentary on the study in the same edition of Nature, the genetic picture built by the team largely accords with the archaeological evidence painstakingly uncovered in recent decades.

“People have been working on this question of how and when the Polynesians migrated for 200 years,” says Kirch. “But this adds a whole extra set of independent evidence, and strengthens our understanding of what happened in the past.

“What I’m seeing is a convergence of interpretation from two different fields with completely independent lines of evidence.”

There are, he says, some minor discrepancies, such as in the northern Marquesas. While the genetic data from the new study suggests a founder population around the 1300s, Kirch says there’s archaeological evidence that the islands were populated at least 300 years earlier. He says this likely suggests that the dates for the peopling of each island in the new study should be seen as the “youngest possible, rather than the oldest possible”.

Kirch says the new study is particularly exciting because it enables, for the first time, two powerful opportunities.

“One is that they can see directionality in the sequence, not just similarities or relationships between populations,” he says. “You actually have directional arrows that are going from one island to another.

“The second thing I think is pretty exciting is that they are providing fairly precise age estimates on the sequence of events.”

So, how did this remarkable expansion happen, and what compelled people to venture into the great unknown?

“Unfortunately, there’s very little direct archaeological evidence because canoes of wood and fibre don’t preserve generally,” says Kirch. “But if we look at what Polynesian voyaging was like when Europeans first entered the area, we get some idea, and we know that they had big double-hulled canoes and were sophisticated in their non-instrumental means of wayfinding.

“We know that Polynesians got to Tonga and Samoa area by between 800 and 900 BC, so they were there for a long time and then there was this long pause. This pause lasted over 1000 years, before the push into eastern Polynesia began around AD 900.

“My view is that in the intervening years between 800 BC and then, say, AD 900, when this final push occurred, they developed these sophisticated navigational techniques, developed the double-hulled canoe, because they were sailing back and forth between Tonga, Samoa and Fiji for hundreds of years.

“And at some point, somebody ventured farther out, probably got to the southern Cook [islands], and they realised, ‘oh my god, there’s still a lot more islands out there’.

“Within literally three centuries, every other speck of land in the eastern Pacific, all the way down to Aotearoa-New Zealand and up to Hawaii, all that got settled. It’s quite amazing.”