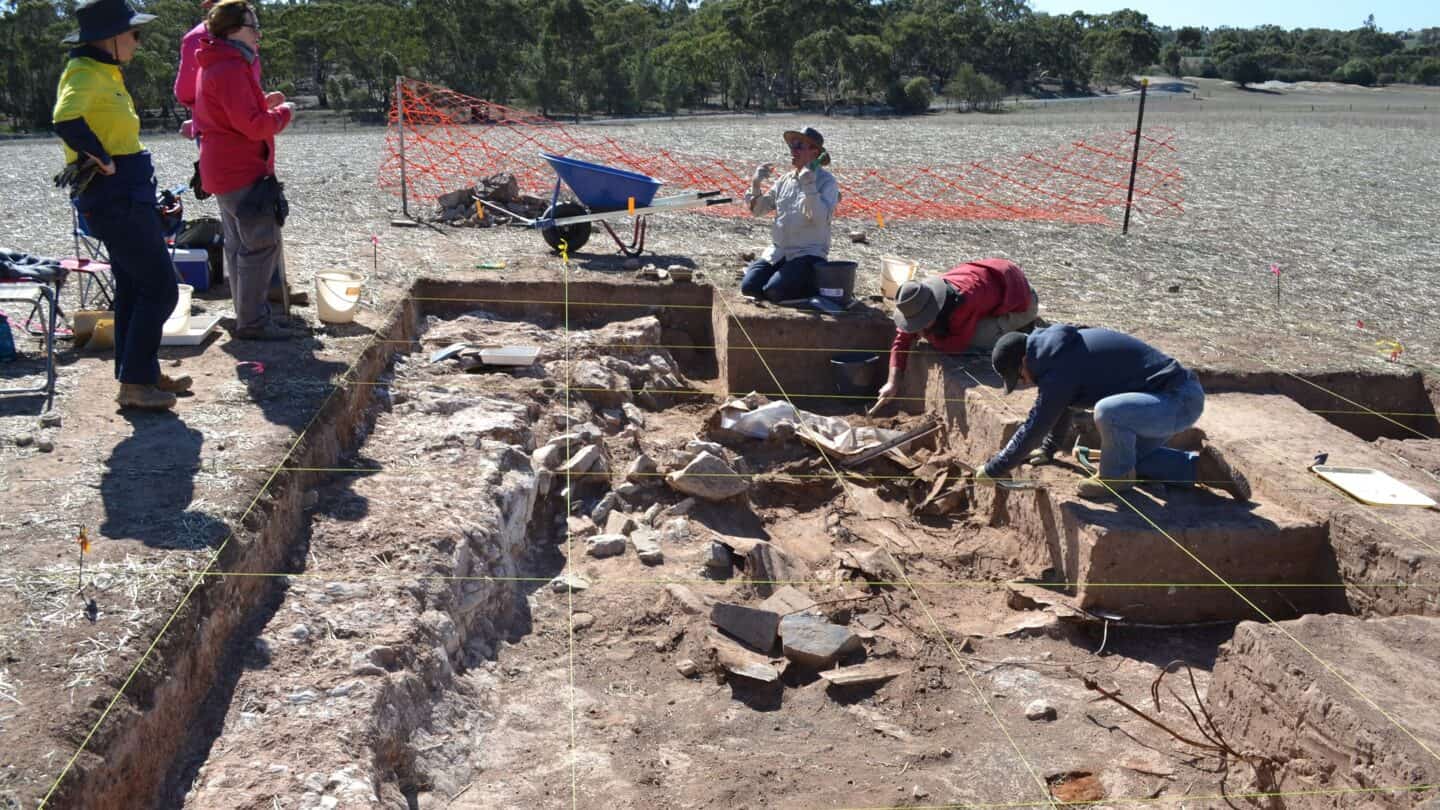 Evidence of the oldest overseas Irish clachan site was found in a paddock near Kapunda. Credit: C De Leiuen

The oldest known Australian example of a communal Irish settlement type has been discovered in country South Australia.

An extensive geophysical study of the Baker’s Flat Irish settlement site near Kapunda has found the first – and possibly largest – clachan in Australia, says archaeologist Susan Arthure from Flinders University.

It is also thought to be the only clachan discovered outside Ireland and Britain, says Arthure. There are hints one may exist in North America, however.

“Clachans had actually died out in Ireland by the end of the nineteenth century but our research proves they continued in Australia, with this example the first to be fully described,” says Arthure.

Clachans are a traditional style of Irish village made up of clusters of farmhouses and outbuildings surrounded by farmland. The residents would usually work communally.

With the demolition of the settlement it was not known whether any evidence of the buildings themselves still existed. However, using ground penetrating radar, Arthure and her team found numerous long-buried structures that confirmed Baker’s Flat was built in the style of a traditional clachan.

“We found a large, vibrant clachan settlement, now hidden beneath the surface of an empty farm paddock, which contains a wealth of materials to tell us a lot about the past,” she says.

The research is published in the journal Archaeological and Anthropological Sciences.

The site was home to more than 500 Irish migrants

“This traditional Irish settlement style, characterised by clusters of houses and outbuildings, highlights the way the new residents to this dry country worked together to make the best use of marginal land,” Arhture says.

Straight lines of buried rock suggest enclosures in the style of a clachan, where residents once protected their crops behind walls as their livestock roamed free. Compact squares rich in copper slag from the local mines look very much like they could be the floors of shacks and cottages.

The researchers suggest that more than 500 Irish migrants lived at the site.

Most were economic migrants who came to South Australia around 1854 to provide much needed labour for the local copper mine and farms.

“Although outsiders looked at the settlement and judged it as chaotic and haphazard, in fact these Irish settlers were able to maintain a sustainable way of life by managing their animals communally and making joint decisions about how best to use the land.

“Being able to control a large area of land allowed Irish traditions and customs to be maintained.”

Baker’s Flat was occupied for around 90 years. The site was bulldozed in the 1950s for farming, and few details of the settlement exist today.

Contemporary records, with Anglo-centric leanings and a disdainful take on anything that might be considered anti-establishment, paint a dire portrait of the Irish. They were portrayed as vagrants and bandits, drinkers and fighters with nothing more to offer than a bit of work for the police officers who were kept busy dealing with them every weekend.

Yet over several years of archaeological digs at the site, Arthure has found surprising details of life in the clachan.

“The commonly held view of Baker’s Flat is of a place of very poor people living in desperate circumstances,” says Arthure. “But when we examined the site we found ceramics, glass, metal artefacts and even a painted ceramic egg cup.

“This challenges the idea of absolute poverty because it indicates the people of Baker’s Flat were not so poor that they couldn’t afford to buy some luxury items.”

“Hundreds of trouser buttons have been found at the site,” says Arthure. “Significantly, some of them are Shakeshaft buttons from local button makers in Kapunda, which indicates the people of Baker’s Flat were buying items and contributing to the local economy.”

She has also found cricket belt buckles. “For a period in the 19thcentury, cricket was the most widely played sport in Ireland.”

“We know the local Hibernian Cricket Club was an ‘Irish’ team, and this suggests a degree of organisation and discipline at odds with the more negative stereotypes.”

The studies have also turned up scores of dog tags, religious medals, and paraphernalia from the nearby shooting club.

“Registering a dog was expensive, and 107 dog registration tags were found, which again challenges the idea that the community was one which flouted the law.”

“We found snake belt buckles, bullets and cartridges, which are all items associated with shooting, as well as uniform buttons of the South Australian Volunteers, which had a Company at Kapunda.”

“With the rifle club in such close proximity, it’s possible that some of the residents were active members and would have mixed with people at all levels of society.”

Arthure says archaeology is not just about the ancient past.

“The recent past is really fascinating, and many people in South Australia would be descendants of those early settlers of Baker’s Flat and other Irish settlements in the Clare Valley and the Mid North.”

Lynley Wallis from Flinders Uni says: “What we found with GPR and magnetometry surveys shows us that sometimes all is not what it seems.”

“When we arrived at the paddock, we had no idea about the paths, houses, yards, paddocks and fences hidden beneath the ground,” Wallis says.

University of Queensland geophysical archaeologist Kelsey Lowe, also a co-author on the paper, says that this is one of the largest surveys of its kind to be undertaken in Australia.

“When we began to download the data and saw structures and enclosures appearing, it was a very exciting moment.” 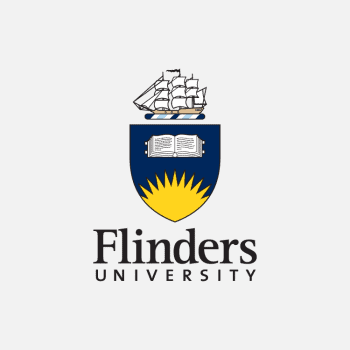