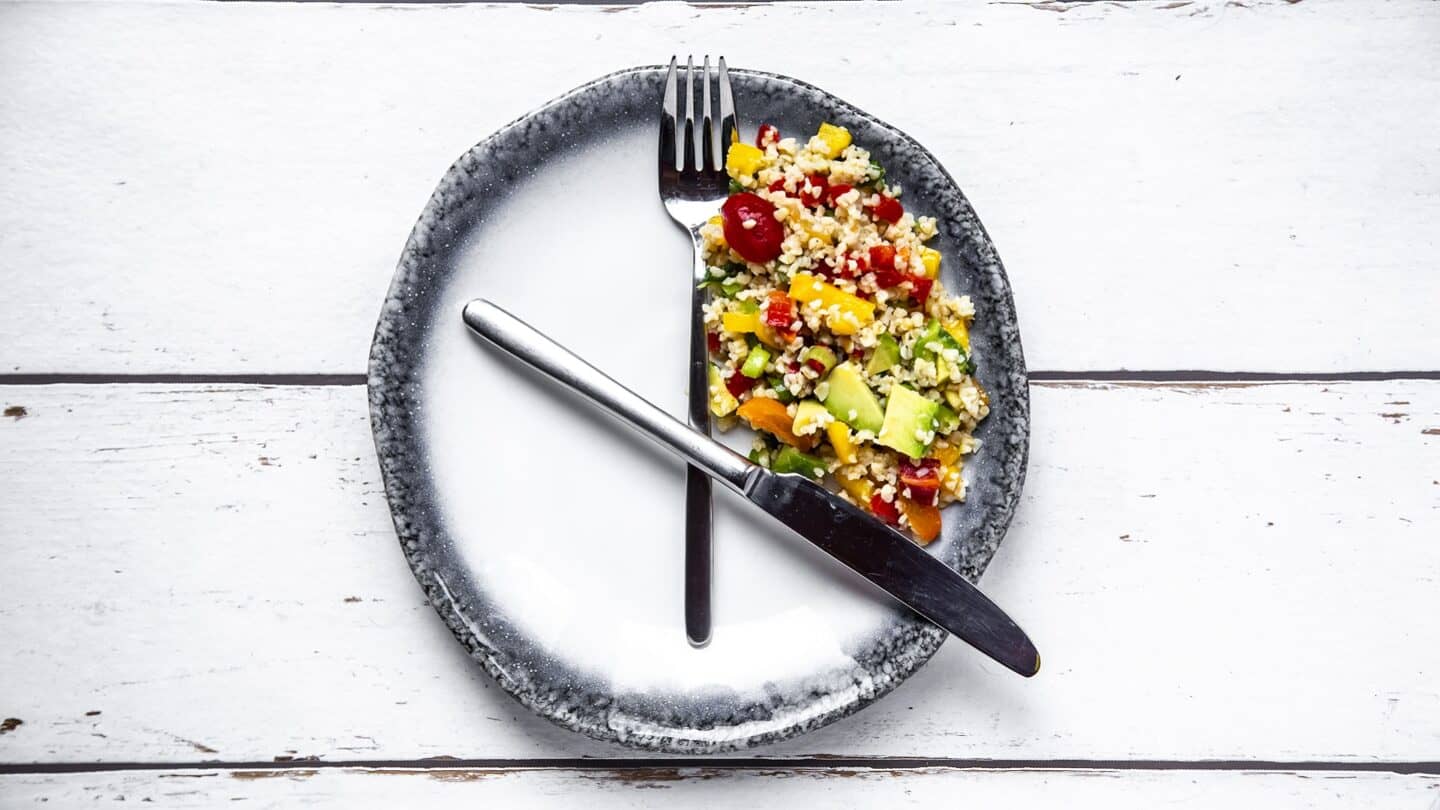 The best way to get the most out of intermittent fasting is to combine it with a controlled diet between fasts, shows new research from the University of Adelaide.

The researchers, led by obesity researcher Amy Hutchison, found that women who combined intermittent fasting and ongoing dieting lost more weight than those who followed only one or the other. The results have been published in the journal Obesity.

Intermittent fasting, also known as the 5:2 diet, was largely popularised by UK doctor and health journalist Michael Mosley. It typically involves restricting calorie intake 2 days a week, usually to around 25% of the recommended amount. In many cases people incorporate a 16 hour total fast before the calorie restricted day, beginning the night before.

Experimentally it has been shown to be an effective weight loss program, in addition to improving insulin sensitivity and other measures of health.

The fasting approach taken in the study, however, was altered. After eating breakfast, the women studied fasted with no food intake for the next 24 hours, followed by 24 hours of eating, and then a second fast day.

With many people finding it difficult to maintain a diet long-term, intermittent fasting is seen as an easier approach to take that can work around other lifestyle commitments.

However the new findings find that combining a mild calorie restriction between fasts provides greater benefits than either one alone.

“Unfortunately, studies have shown that long-term adherence to a restricted diet is very challenging for people to follow, so this study looked at the impact of intermittent fasting on weight loss,” says Hutchison

“Obese women who followed a diet in which they ate 70% of their required energy intake and fasted intermittently lost the most weight.

“Other women in the study who either fasted intermittently without reducing their food intake, who reduced their food intake but did not fast, or did not restrict their diet at all, were not as successful in losing weight.”

The most successful women involved lost up to 1kg per week of the 10 week trial.

In total, 88 women took part in the trial, split between intermittent fasting, controlled dieting, a combination of both, and a group who continued with their normal lifestyle.

“This study is adding to evidence that intermittent fasting, at least in the short term, may provide better outcomes than daily continuous diet restriction for health and potentially for weight loss,” concludes Leonie Heilbronn from the University of Adelaide, who oversaw the research.