The stinkiest waste item ever – prawn, crab and lobster shells – could soon be made into an anti-microbial wound cover to combat superbugs and help faster healing with less scarring, and potentially a haemostatic bandage that rapidly stops bleeding.

Dr Phong Tran, from QUT’s Institute of Health and Biomedical Innovation, has tested chitosan, a powdered product made from crustacean shells, for its use as a dressing for skin wounds or even skin grafts.

“Crustacean shells contain the second most common biopolymer on earth after cellulose. The shells are cheap and abundant because they are normally just rubbish that you want to get rid of as fast as possible.

“After processing to remove impurities such as heavy metals, chitosan is supplied as a safe, white powder raw material which we dissolve in an acidic solution, pour a thin liquid layer into a container and freeze to allow the chitosan to form a network.

“We take the frozen container out and neutralize all the acid to peel off a flexible membrane which has many properties appropriate for treating wounds.

“We found cells from the wound migrate into and grow well in these highly porous membranes and that suggested that the membrane could potentially be used as skin graft materials.”

Dr Tran is investigating chitosan’s use as a dressing for skin wounds that are susceptible to bacterial infection and therefore hard to heal.

“Skin wounds caused by trauma or disease can sometimes be challenging to treat because of the widespread emergence of drug-resistant bacteria and fewer discoveries of new antibiotics,” he said.

“We need to find new anti-microbials to kill antibiotic-resistant bacteria, such as Methicillin-resistant Staphylococcus aureus (MRSA), and find them quickly.

“Chitosan is a great material to build upon for different uses, for example, it has its own anti-microbial properties and these can be improved by incorporating different anti-microbial agents so the material has multiple mechanisms to kill bacteria, therefore making it harder for bacteria to develop resistance.

“Both selenium and silver are known for their anti-microbial properties. We investigated loading chitosan membranes with nanostructures of each of these elements.

“We found the selenium-loaded membrane was effective against both normal (Methicillin susceptible) Staphylococcus aureus and Methicillin-Resistant S. aureus (MRSA) by causing damage to the cell walls of these bacteria, preventing them from growing and spreading.

“The selenium-loaded dressing did not cause toxicity to fibroblast cells, which are essential cells for healing wounds, because they migrate into the wound and deposit collagen to repair it.”

Biomedical Chitosan scientist David Hewitt said the company had developed a process to make highly consistent, high-quality chitosan with extremely low levels of impurities such as heavy metals or endotoxins.

“Our research found that chitosan itself has therapeutic and health properties: it is bio-compatible, biodegradable, and has low toxicity.

“We developed a high-quality chitosan for scientists to further research its uses in health.

“We are also developing our own healthcare products from chitosan, including chitosan hydrogels and chitosan-based haemostatic bandages that clot blood so that first responders to an accident or shark attack could use it to stop massive blood loss.”

Originally published by Cosmos as Prawn shells: from waste to wonder wound healer 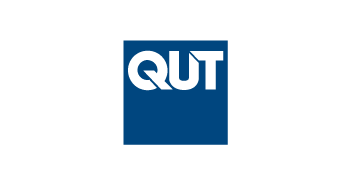