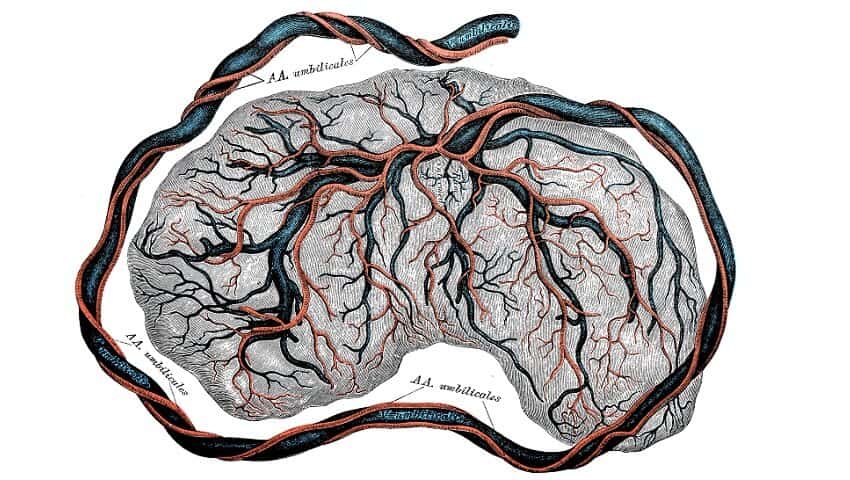 The traditional view of the placenta is a miraculous, protective, life-giving growth sac. Surprisingly, in a paper published in Nature, a team of researchers from the UK’s Wellcome Sanger Institute and University of Cambridge have shown that the genomic architecture of the placenta is actually much closer to a tumour than a normal organ.

The placenta has many traits indicative of tumours, such as cells with different numbers of chromosomes, a large number of tumour-like cell multiplications, and lots of genetic defects. Thankfully, it acts almost like a “dumping ground” for these defects so that the foetus within can avoid many of these errors.

“Our study confirms for the first time that the placenta is organised differently to every other human organ, and in fact resembles a patchwork of tumours,” says Steve Charnock, from Cambridge University. “The rates and patterns of genetic mutations were also incredibly high compared to other healthy human tissues.”

The team took multiple biopsies from different areas of the placenta and found that there were many differences, even in the same placenta. The different cells’ populations were each a genetically distinct “clonal expansion” – a population of cells that all look the same and came from a single ancestral cell – which is a common trait of tumours. All the different cell populations together made one patchwork organ of genomes.

Some cells had a different number of chromosomes to others in the same organ – a phenomenon called mosaicism – which would be detrimental if it happened in a baby, or in any other organ for that matter. But it doesn’t seem to affect the placenta.

In one case, the researchers found that some cells of the placenta had three copies of chromosome 10, which usually is a major genetic flaw. The rest of the placenta, and the foetus, only had two.

The team then traced where the gene mutations may have happened and found that they probably arose very early on in development, just around the time the egg cell was first fertilised and started to divide.

“It was fascinating to observe how such a serious genetic flaw as a chromosomal copy number error was ironed out by the baby but not by the placenta,” says Cambridge University’s Gordon Smith. “This error would have been present in the fertilized egg.

“Yet derivative cell populations, and most importantly those that went on to form the child, had the correct number of copies of chromosome 10, whereas parts of the placenta failed to make this correction.”

While the baby in this case corrected against the error, this still shows how important the placenta is in the health of the baby – even if it is a bit like a tumour.

“The placenta is akin to the ‘wild west’ of the human genome, completely different in its structure from any other healthy human tissue,” says Sam Behjati of the Wellcome Sanger Institute. “It helps to protect us from flaws in our genetic code, but equally there remains a high burden of disease associated with the placenta.

“Our findings provide a rationale for studying the association between genetic aberrations in the placenta and birth outcomes at the high resolution we deployed and at massive scale.”