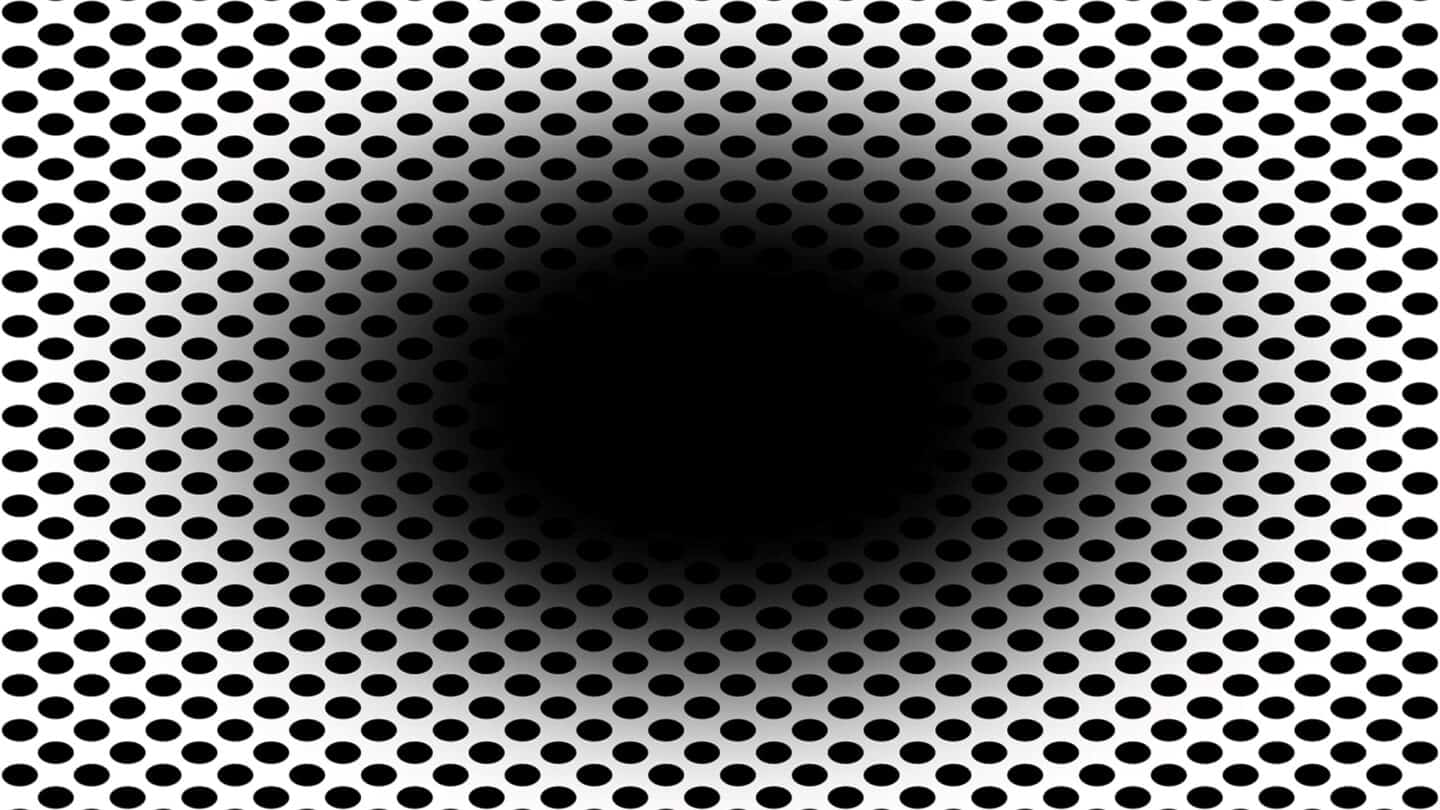 The “expanding hole” is an illusion new to science, strong enough to prompt the human eye pupils to dilate in anticipation of entering a dark space. Credit: Laeng, Nabil, and Kitaoka.
More on:
Psychology

We’ve all pulled out an optical illusion or 12 to tease, laugh with, and befuddle family and friends.

But beyond brain-bending buffoonery, illusions can provide researchers in neuroscience, psychology and psychosociology with information to better understand the complex processes our body and minds use to anticipate and make sense of the visual world.

If you look at the image above and feel as if you’re falling into a hole or moving forward into darkness, you’re not alone. Eighty-six percent of people who viewed this new-to-science optical illusion perceived the same thing.

Studying the unexpected impact of the illusion on eyes may teach us more about how we take in and process visual information.

Read more: How do our brains process smell?

The so-called “expanding hole” illusion has been the subject of a study published in Frontiers in Human Neuroscience.

“The ‘expanding hole’ is a highly dynamic illusion – the circular smear or shadow gradient of the central black hole evokes a marked impression of optic flow, as if the observer were heading forward into a hole or tunnel,” says the study’s lead author Dr Bruno Laeng, a professor at the Department of Psychology at Norway’s University of Oslo.

The “expanding hole” illusion deceives our brains so well that it prompts pupil dilation to let in more light, as if the subject really were moving into a dark area.

“Here we show, based on the new ‘expanding hole’ illusion, that the pupil reacts to how we perceive light – even if this ‘light’ is imaginary, like in the illusion – and not just to the amount of light energy that actually enters the eye,” says Laeng. “The illusion of the expanding hole prompts a corresponding dilation of the pupil, as it would happen if darkness really increased.”

Laeng’s team presented variations of the “expanding hole” image to 50 people with healthy vision. The subjects were asked to rate how strongly they perceived the illusion. Participants’ eye movements and involuntary pupil constriction and dilation were also measured.

As a control, the participants were also shown ‘scrambled’ versions of the image without the illusion-inducing pattern.

The researchers tried altering the colour of the hole and the surrounding dots (trying black, blue, cyan, green, magenta, red, yellow and white). The most effective illusory colour was black. While 14% of participants weren’t tricked by the illusion in black, 20% weren’t deceived when the image was in colour.

Those who perceived the illusion varied in their rating of its strength.

Why did around one in seven participants not perceive the illusion? The researchers aren’t sure yet. They’re also not sure how other vertebrates, or even invertebrates with camera eyes such as octopuses, might react if shown the same image.

But the researchers argue that their results suggest that our perception of darkness may be more complicated than we once thought.

“Our results show that pupils’ dilation or contraction reflex is not a closed-loop mechanism, like a photocell opening a door, impervious to any other information than the actual amount of light stimulating the photoreceptor,” says Laeng. “Rather, the eye adjusts to perceived and even imagined light, not simply to physical energy. Future studies could reveal other types of physiological or bodily changes that can ‘throw light’ onto how illusions work.”

Originally published by Cosmos as New illusion tricks reflexes, shedding light on how our pupils work