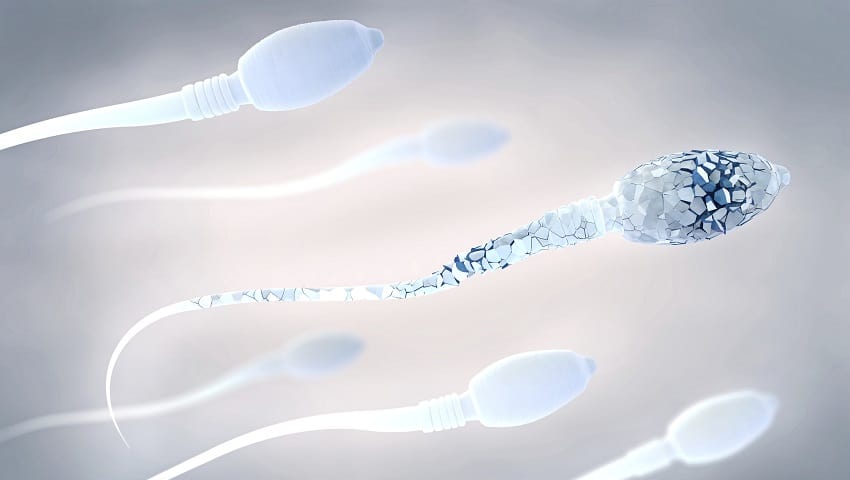 Testicular cancer could be linked to faulty sperm development leftover from defective cells as an embryo, according to a study published in the journal Development.

Testicular cancer is the most common cancer that affects men between the ages of 15 and 49. In most cases, the tumours develop from testicular germ cells, which become sperm.

As an embryo, germs cells have the ability to become any type of cell, but are eventually restricted to only developing into sperm. If this process doesn’t go correctly, the germ cells can become cancer cells instead, which turn into tumours during or after puberty.

A team of researchers, led by Jason Heaney of the Baylor College of Medicine, US, has found that a gene needed for sex determination, called NANOS2, prevented cancer cells from developing in mice and promoted germs cells to turn into sperm instead of eggs. However, mice with missing or mutant versions of the gene had trouble developing sperm cells.

Not only did the mutant cells not turn into sperm, but they retained their ability to turn into other cell types, which drove them to become cancerous. This altered the behaviour of the cell, too.

“Our work reveals changes in gene expression when germ cells transform into cancer cells that suggest alterations in metabolism and cell division, which could be used for targeted therapies,” says Heaney.

This study was in mice, so it is unclear how NANOS2 could lead to human testicular cancer, but it does provide new avenues of research.