A massive new detailed database has revealed the genetic secrets of thousands of cancers. Across 22 studies, Aussie and international researchers have sequenced the whole genomes of 2,700 tumours as part of a global Pan-Cancer Project.

On average, they found 4-5 mutations in each cancer genome that drive the disease.

The results, says University of Melbourne’s Sean Grimmond, will help identify what types of genetic tests could be needed for each different type. It could also help doctors understand why patients with what appears to be the same cancer have very different outcomes to the same treatment.

Grimmond contributed around 10 per cent of the samples to the project.

Many known causes of cancer, such as UV light and tobacco smoking, leave a specific ‘fingerprint’ of damage in the DNA.

These fingerprints will allow scientists to search for previously unknown chemicals, biological pathways and environmental agents responsible for causing the disease.

The effort to sequence whole genomes is an important one, according to  Jyotsna Batra, group leader of the Molecular Genetics Lab at QUT, who was not involved in the study.

“DNA is the basic unit of life, which transcribes to a messenger (mRNA),” she says.

“mRNA is further decoded to make proteins (using only using 2 per cent of the genome) which are the building blocks of the cell. DNA also codes for the long non-coding RNAs (lncRNAs), the molecules of emerging importance in cancer.”

According to Batra, many previous studies have focused mainly on the ‘coding’ regions, but ignore non-coding regions.

The inclusion of non-coding regions in the whole genome sequence ended up being useful, as some mutations were found in non-coding RNA regions, adding to our knowledge of “what events at the DNA or RNA level are driving these tumours.”

Grimmond says the research has the potential to fill existing gaps that we did not even know were there.

The studies found that on average, cancer genomes contain 4-5 mutations that drive the disease.

In 91 per cent of the samples that they analysed, researchers were able to identify at least one mutation that drives the cancer.

Identifying these mutations is extremely helpful, according to Grimmond, because it shows similar damage can cause cancer in different tissues.

“Implications mean that, for example, a breast cancer drug could be effectively used to treat an oesophageal cancer,” he says.

So how close are we to a cure?

Well, according to Elizabeth D Williams from QUT, who was not involved in the study, while this research “provides a terrific resource for cancer researchers around the world,” there is still much work to be done.

“It will be necessary to check whether the findings can be replicated in other collections of cancer samples,” she says.

“These papers identify potential new approaches to identify and control cancer cells, although these will require extensive further investigations to determine relevance.”

Batra agrees, saying that in around five per cent of the cases in the study, no cancer-causing changes to the genomes were identified, indicating more research in more patients from multiple ethnic backgrounds could be needed. She hopes to add to this body of work.

“This will create such a resource for more than 100,000 people with cancer and we look forward to its outcome building on the current Pan-Cancer project expertise.”

Originally published by Cosmos as Genetic ‘fingerprints’ that drive cancers 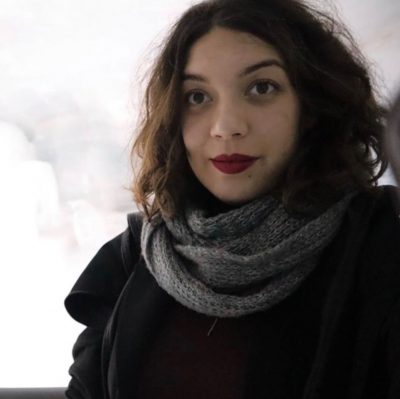