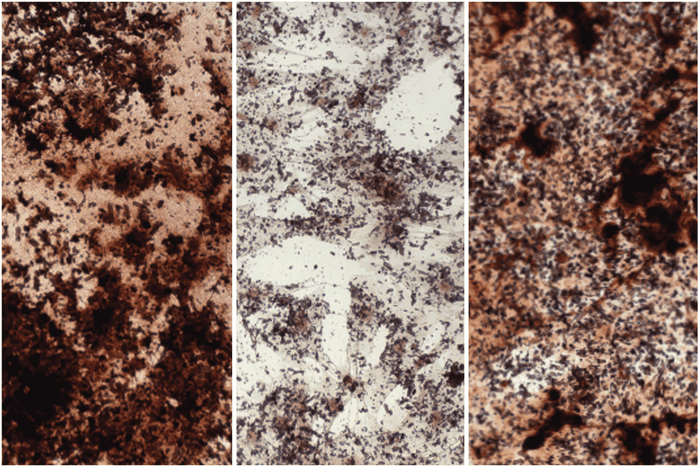 Aging stem cells might hold clues for treating osteoporosis, according to new research.

As we get old, our bones become weak and brittle, so even a minor bump could cause a broken bone. In Australia, over 900,000 people – almost 4% of the population – have osteoporosis, a condition common among the elderly that causes bones to fracture. Based on self-reported data from the Australian Bureau of Statistics, 20% of people aged 75 years and over have osteoporosis.

One mechanism at play in this aging condition is the impairment of bone marrow stem cell function. These are required to maintain bone integrity.

In a new study published this week in Nature Aging, researchers from the Max Planck Institute for Biology of Ageing and the CECAD Cluster of Excellence for Ageing Research at the University of Cologne showed that this reduced stem cell function is due to changes in their epigenome. The researchers were able to reverse these changes in isolated stem cells by adding acetate, opening the door to developing new treatments for osteoporosis.

The epigenome is a multitude of chemicals and proteins that can attach to DNA and tell it what to do. For example, they can turn genes on or off or control the production of proteins in specific cells. Crucial components of the epigenome are histones – proteins that package the DNA in our cells and thus control its access.

The research team studied the epigenome of mesenchymal stem cells, which are found in the bone marrow and are essential for making and repairing skeletal tissues such as cartilage, bone and fat cells.

“We wanted to know why these stem cells produce less material for the development and maintenance of bones as we age, causing more and more fat to accumulate in the bone marrow,” says Andromachi Pouikli, a PhD student at the Max Planck Institute and one of the authors of the study.

To do this, the researchers compared the epigenome of stem cells from young and old mice and observed significant differences in the two age groups. “Genes that are important for bone production are particularly affected,” Pouikli said.

The team then treated isolated mesenchymal stem cells from mouse bone marrow with a nutrient solution containing sodium acetate, a salt often used as an additive in food and as an electrolyte replenisher when given intravenously.

The cells used the acetate to restore histone acetylation, increasing accessibility of the genes.

Interestingly, the same epigenetic changes seen in old mice were observed in cells from elderly patients who had osteoporosis, suggesting that such changes could also be the cause of the increased risk for bone fractures or osteoporosis in people.

Peter Tessarz, an aging biology expert at the Max Planck Institute who led the study, said stem cell therapies for osteoporosis had been studied before. He said results from this study, although preliminary, suggested sodium acetate might help develop a promising treatment.

“Our observed effect is very specific to certain cells,” he said. “We still need to investigate in more detail the effects on the whole organism in order to exclude possible risks and side effects.”