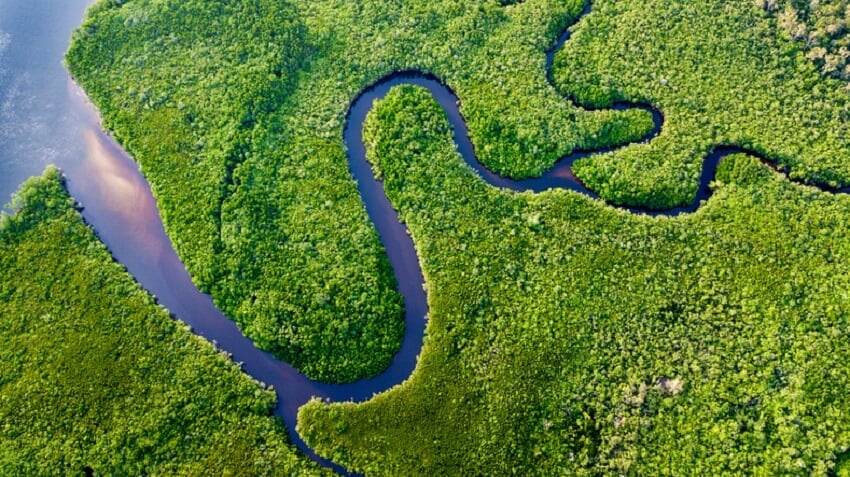 A lot of water sounds like a good thing, but for Australian rivers, it really depends on where it is and how fast it is moving. To fix our rivers, we need to slow the flow.

This means that water in Australia needs to be treated differently to accommodate for its unique environment.

“You’ve got our start with flood, so you get flow, and [then] you’ve got a period of good times, then you’ve got drought, fire, flood, and start the cycle over again,” says Rose.

“But that’s always been the cycle. Look at our plants, look at our animals; they all tell us that’s been happening for a long time.”

According to Rose, these weather patterns cycle over about 11 years before starting again. Floods and droughts are a natural and essential part of the Australian environment and need to be respected.

Rivers are a life-bringer to the ecosystem, but when droughts are frequent, it is important that water stays in the river to sustain plants and animals over that time. Unfortunately, right now, water is flowing through rivers too fast, and the high velocity water picks up too much sediment and eats away at the river bed, before going out the ocean.

Instead, Rose wants to slow the flow – when water moves more slowly down a river, the soil has time to soak it up and regrow new plants. Barramundi and other fish don’t have to fight to swim upstream, water evaporates from the river to cool the local region, and fresh water isn’t dumped on reefs.

This also helps local farms, because the soil improves and prevents erosion.

This can be done by shaping the river and building small dams that slow water down, instead of big ones that prevent fish from moving upstream, along with implementing traditional knowledge.

“The only way we can do this is by contouring, and we’ve got to put dams in,” explains Rose. “These dams don’t exist yet. These are smart dams. These are bespoke to that section of the catchment, where there’s a certain velocity requirement for certain species, and so you put in [a dam that] reflects that.

“Water begets water. I suppose slow the flow is not necessarily a new idea. I’m trying to package it in a way that mainstream guys sort of get it and they understand that narrative.”

The management and rehabilitation of Australian rivers require Indigenous knowledge that has been applied for thousands of years. These practices have been neglected by modern policies and Eurocentric science over the last couple of centuries.

“Bringing non-traditional Western and traditional knowledge together, to me is, is the winner here,” says Rose.

“And instantly, it just made so much sense. For the water be healthy, it has to be making noise, because you want water percolating. You want frogs, you want fish, and they’re all making noises.

“You know, who should control that water? Traditional owners, because then decisions are going to be made right for the environment, not for the dollar.”