As US President Joe Biden signed his climate bill into law this week, Cosmos asked climate policy analysts: What are the implications for Australia?

Before this decade is out the US will pump billions of dollars into clean energy technology, electrify households and halve planet-heating emissions.

It’s a seismic shift from the glacial pace of global collaboration to a red-hot competition over emissions reduction, a race to net zero that the US wants to win.

US President Joe Biden said, as he signed the Inflation Reduction Act 2022 into law, “there isn’t a single thing this country cannot do when we put our mind to it.”

So what’s in it for the Land Down Under?

ASX lithium share prices shot up when the Australian stock exchange opened for the first time after the US climate bill passed the House of Representatives.

Demand for Australian lithium and other critical minerals is expected to rise because the US wants to source these locally, or from partners to free trade agreements (not China).

A new electric vehicle will only be eligible for tax credits when at least 40% of the battery’s critical minerals came from the US, a free trade agreement partner such as Australia, Chile or Canada, or recycling in North America. That could ramp up to 80 percent in 2026.

The US will be hungry for other materials too, especially “green steel” and “green aluminium” (made using green renewable energy rather than dirty fossil fuels).

President Biden’s new law also provides tax credits “to solar factories in the Midwest and the South, wind farms across the plains and off our shores, clean hydrogen projects and more”.

“This bill is the biggest step forward on climate ever … it’s going to allow us to boldly take additional steps toward meeting all of my climate goals,” Biden says.

President Biden says “the American people won and the special interests lost” in “one of the most significant laws in our history.”

But critics point to concessions for the fossil fuel industry, such as opening more federal land (onshore and offshore) to oil and gas drilling leases.

This is a prerequisite to opening federal land and sea to renewable energy developments.

“Analysis from (energy and climate policy think tank) Energy Innovation shows that for every one tonne of expected emissions from the bill’s fossil fuel provisions, the bill will result in 24 tonnes of emissions reductions,” she says.

“That’s a huge net positive! A reason for the large reduction in emissions is that the bill contains provisions affecting every major emitting sector in the economy – transportation, electricity generation, industry, homes and buildings, and agriculture. There’s something for everyone, and the broad scope of the bill brings large emissions reductions.”

And while oil and gas exploration looks set to continue, financial markets will determine if those projects are viable.

The scientist: Same but different

Physicist and climate scientist Bill Hare contributed to negotiation of the 1992 UN Framework Convention on Climate Change, the 1997 Kyoto Protocol, and the Paris Agreement in 2015.

He’s an Adjunct Professor at Murdoch University in Perth, a visiting scientist at the Potsdam Institute for Climate Impact Research and the founder and CEO of Climate Analytics.

“Albanese must now put real resources and legislative backing into policies that will actually do something in the real economy, on the ground.”

Action has been more at the state level, he says, “until now”.

Both countries have submitted new emissions reduction targets to the UNFCCC, although they have similar ratings on the independent Climate Action Tracker (“insufficient” to hold warming well below 2°C).

The tracker is a joint initiative of Climate Analytics and the NewClimate Institute.

Summing up, Hare says: “Both Albanese and Biden have a lot of catching up to do, and neither country is out of the woods, with a lot of work ahead of them to fulfil their new targets and – if possible – strengthen them.”

But differences between the two countries are emerging with the passage of the Inflation Reduction Act this month:

“So to catch up, PM Albanese must now put real resources and legislative backing into policies that will actually do something in the real economy, on the ground. Setting a target is one thing, but the present climate bill, important as it is, includes no such specific measures.

“It will be interesting to see how he manages to stand up to the fossil fuel industry interests that have driven inaction to date.”

The inventor: electrify everything

Australian inventor, entrepreneur and author Dr Saul Griffith says he wrote the book Electrify “with an audience of one in mind, meaning the incoming American president.”

“We didn’t know who it was when I wrote it. The goal being and the hope being that America would, the new president … would lead the world with very, very bold climate action. It was a detailed argument for why really, there’s only one solution for the majority of our emissions:  electrification.”

They changed the narrative around emissions reduction from fear and loss, to aspiration and winning.

Griffith has now rewritten the book for Australia, The Big Switch.

“Australia is the place where the economics are working … we can provide the template for how the world gets rid of the majority of its emissions,” he says.

He dismisses concerns about the hit to the economy in losing fossil fuel exports, saying our average $60bn in coal and $20bn in LNG exports are diminished by $30bn in oil imports, for starters.

If we turned our minds to making green steel from our iron ore, rather than just shipping red dirt overseas, “that would be an $800bn industry, 10 times our current exports in fossil fuels.”

The economist: show me the money

To put it in context, he says, the US has a large deficit in infrastructure investment and a desire to establish a more solid industrial manufacturing base on these renewable technologies. Australia’s prospects are in resources and energy exports, including energy-intensive products such as green steel and aluminium.

“A really important factor here is that the federal government is fiscally very heavily constrained because of the very large debts that were accumulated during the first year or two of the Covid pandemic,” Jotzo adds.

“Also more specifically the Labor Party went into the election campaign promising that new taxes wouldn’t be raised and that government expenditure would be capped. And so that constrains this particular government, I believe.”

Jotzo says Labor also took to the election a “sensible, limited package of climate change policies … but these are patchy; it does not cover all aspects of the economy. And it is inherently not very ambitious”.

“In Australia, there’s lots and lots of low hanging fruit in terms of emissions reduction options, which is just logical after a decade of practically no action obviously,” Jotzo says.

“The fact that the US federally has succeeded in doing this really puts the onus on other countries and in particular, I would say on Australia … to do more to put in place policies that will significantly reduce emissions.”

The politician: Leave a legacy

He released the consultation paper on the design of the Safeguard Mechanism, which concerns the nation’s biggest emitters — currently 215 facilities representing 28 per cent of the nation’s total emissions in 2020–21.

Bowen has announced a discussion paper on the National Electric Vehicle Strategy will shortly be released for wide consultation.

“At the heart of the Strategy will be a plan to improve uptake of electric vehicles and improve affordability and choice by growing the Australian electric vehicle market,” Bowen said on August 19 when releasing details about the consultation process.

“Australia is significantly behind the pack when it comes to electric vehicles – at last count, consumers in the United Kingdom could take their pick of 26 low-emissions vehicles under $60,000. In Australia that number is only 8,” The Minister said.

In response to questions from Cosmos about how Australia’s plan for climate change action measures up against that of the US, a Government spokesperson said:

“The Albanese Government’s ambitious climate action will unlock innovation and investment, while driving growth and jobs in the industries that will underpin our prosperity in years to come.”

“The Government is delivering climate action through “Powering Australia” – a comprehensive plan that will create jobs, ease power bills and reduce emissions, including by transitioning Australia’s grid towards renewable energy.

“The Government is committed to working collaboratively with governments, business leaders, land-holders and the Australian people to execute our plan; and capitalise on abundant opportunities afforded by this historic transformation to net zero.”

Originally published by Cosmos as US in race to net zero: Can Australia keep up? 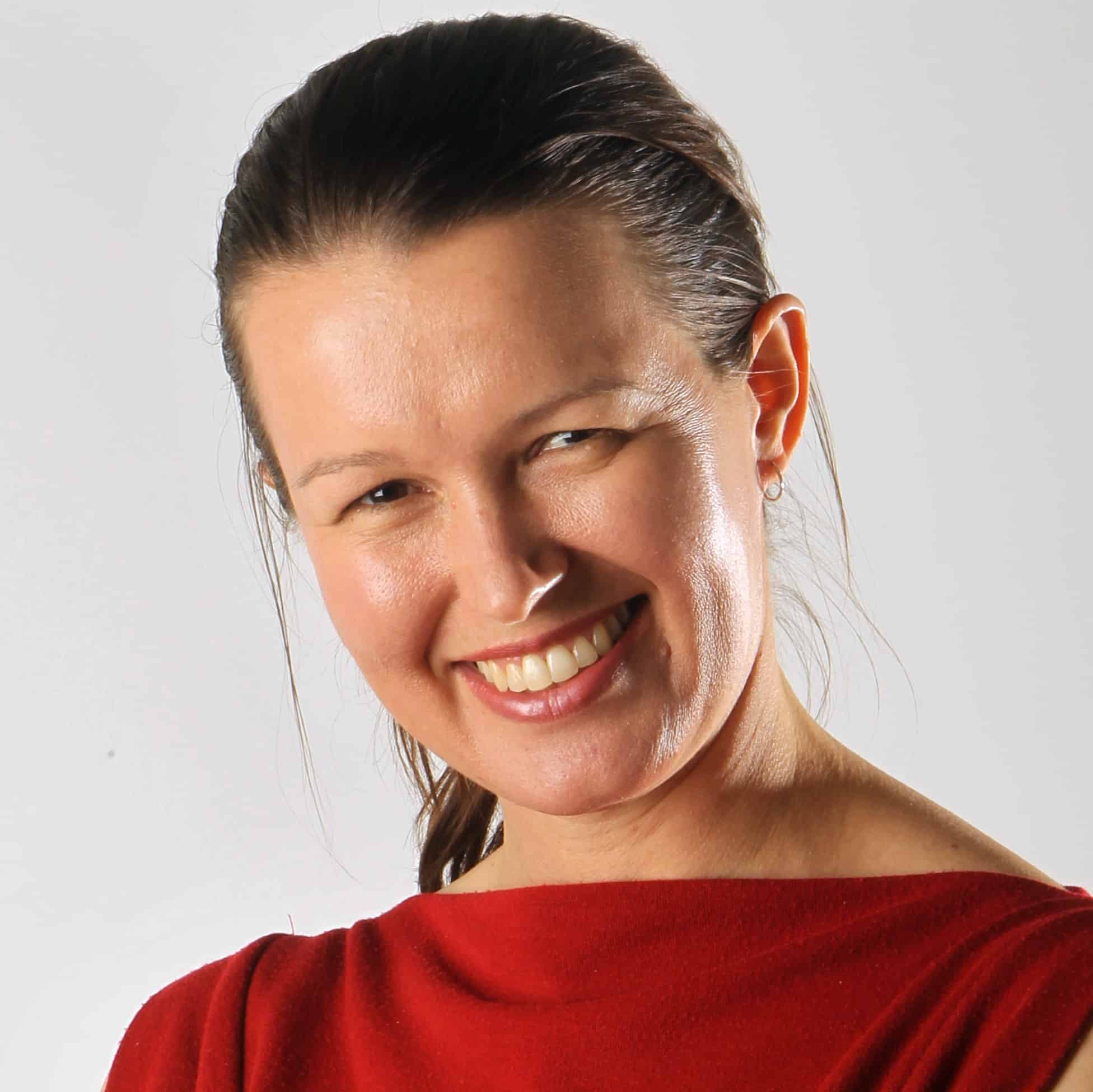 Clare Peddie joined Cosmos in 2022 after 15 years as Science and Environment Writer at The Advertiser in Adelaide. She previously worked at CSIRO Land and Water, UniSA, and the Cooperative Research Centre for Vaccine Technology. A passionate science communicator with an extensive and ever-expanding network of contacts, she thrives on exploring new ideas with talented people. Follow @ClarePeddie