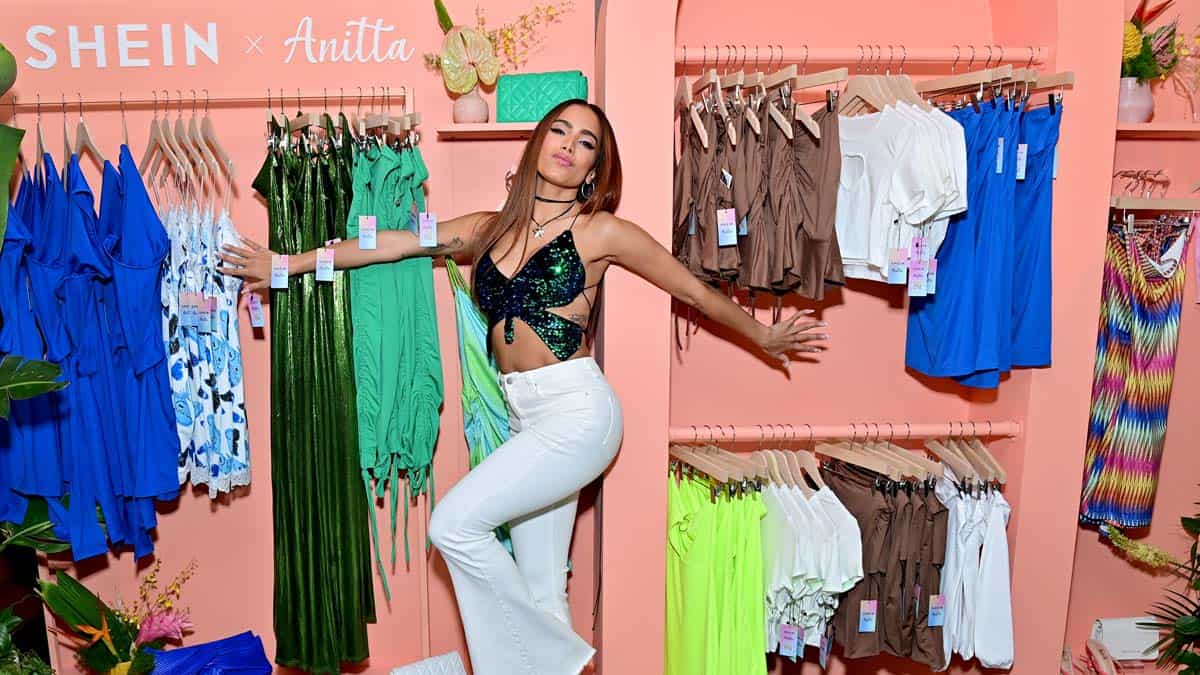 What are the environmental effects of a spiralling global industry? In the first of a two-part series, Cosmos examines why fashion has to change.

Picture a full suitcase, almost too heavy for a domestic flight. Every year, the average Australian throws out 23 kilograms of clothing. At the same time, they acquire 27 kilograms.

Regardless of your interest in the runway, your wardrobe is part of the world’s fashion trade. The US $2.4 trillion dollar fashion industry is a hidden behemoth on the environmental scene – according to the UN, it’s responsible for between 2% and 8% of the world’s greenhouse gas emissions, and each year consumes 215 trillion litres of water.

And, despite the increasing trendiness of environmentalism, it’s becoming more intense. The rise of “fast fashion” over the past decade has seen ever more clothing sold, and thus discarded.

Fast fashion is a business and manufacturing process for clothing that relies on cheap, ephemeral garments appearing on shelves quickly. The term was first used to refer to retailers such as Zara and H&M, which began the business model in the early 2000s. Aided by just-in-time supply chains and a close monitoring of trends, the shops were able to roll out new, low-cost collections every week or fortnight.

Now, boosted by the pandemic, “ultra-fast fashion” websites such as SHEIN and Boohoo are offering hundreds, or thousands, of new designs each day.

“You could actually argue that what we would call the ‘value retailers’, or the ‘affordable retailers’ employ fast-fashion principles, too,” says Dr Alice Payne, an associate professor in fashion at Queensland University of Technology.

“We even see it in the high end. The rapid changing of seasons, more styles churning through than ever before – a kind of fast-fashion mindset has come into premium brands and more high-end brands as well.

“It’s an overall quickening of the entire speed at which product is moving through the marketplace. And that’s at every level.”

It’s not so much the cost that defines fast fashion – although you can be confident that it took someone more than $4 of their time to make that $4 T-shirt. It’s the speed at which new clothes are available, and the assumption that they’ll be discarded after a few wears.

This might be textbook information to you. Or it might be a foreign concept. According to Erin Skinner, a PhD candidate in psychology at the University of South Australia, the term “fast fashion” is still unfamiliar to many Australians.

Among other things, “we asked them, ‘have you heard of fast fashion before?’” says Skinner.

“And the outcome was one of the most surprising things – most people have not.”

Payne thinks the story is more nuanced. “I think people are confused about what it actually means,” she says. “And whether you define it as your more affordable retailers, or if you just think of it as the sort of specialty clothing retailers who have fast-moving trends.”

Beyond your forgotten, filled suitcase, what are the effects of this? The industry continues to grow. According to a McKinsey & Company report, clothing production doubled between 2000 and 2014. Much of this isn’t worn – returned clothing is often sent straight to landfill, and other items can sit untouched in wardrobes. The water and energy used to make these unused garments is exorbitant – the UN’s estimates are conservative, compared to others. And beyond simple landfill, the microplastics from polyester clothing and waste from dyes can have more damaging environmental effects.

More insidious are the effects on the people who make these clothes. Fabric is simply too soft to be heavily industrialised – for now, clothing demands manual labour. Every item of clothing in your suitcase was trimmed by someone, and guided through a sewing machine by someone’s hands. Someone took a pair of scissors and snipped off the hanging threads that machines invariably leave dangling. Statistically, it’s likely most of these people were women – and few are properly reimbursed.

This is public knowledge, but Payne is concerned it’s not as well understood as the environmental effects of fast fashion, citing a 2021 study she co-authored in the Journal of Fashion Marketing and Management, which included interviews with 21 Australian fast-fashion consumers.

“People were pretty well aware of the environmental impacts of fashion,” Payne says. “And it was often there that there was a sense of overwhelm – we called it ethical overwhelm in the article – where people just feel that there’s so many decisions to make, they’re not sure where to go. Often it was worker welfare that was last for that reason. It felt like the environmental stuff was better understood by them.”

There are a variety of imperfect solutions to this in play. Sites such as Good On You and Ethical Clothing Australia can assist with finding brands that don’t buy into the fast-fashion matrix.

Even the original perpetrators, H&M and Zara, are getting in on the act, with recycling and repair schemes. Fabric recycling or reconstituting has promise, but the industry at its current size can’t keep up with the gargantuan production.

“There’s a growing sense that people understand that buying secondhand is a more sustainable option, if you like,” says Payne.

“And so we’re seeing this massive growth in resale, and resale platforms around the world.”

Secondhand clothing, while almost by definition better than new, is not the closed loop one might hope it to be. Fifteen million secondhand garments pour into Accra, Ghana, each week, nearly half of which ends up in massive piles of waste.

“There’s this kind of mindset, which is about continual change and continual consumption,” says Payne. “It’s that mindset that needs to shift.”

Ultimately, it seems that the people who buy these clothes must also have a role to play in the slowing of fast fashion – not, perhaps, in precisely which brands they buy from each time, but the speed at which they buy.

“The other way to look at it is that you can purchase from a fast-fashion store, but you might have that garment in your wardrobe for a long time,” says Payne.

“Because you keep using it, and mending it, and so on, then it becomes almost a slow garment, even though it was purchased from a fast-fashion store.”

“There’s a lot of discourse in the sustainable-fashion community about [how] we shouldn’t focus on the consumer, we should really only just target industry,” says Skinner.

“I think it’s really important that consumers are aware of the problem and motivated – not necessarily that all consumers will be able to make massive changes in their lives, but the more interested we are as individuals, as people, as voters, the better chance we have of really pushing the government to bring in some regulations like we’re seeing overseas.”

The next part of Skinner’s research will be testing a way to change consumers behaviour around fast fashion.

“For a lot of people, fashion is a kind of frivolous thing, and not a concern,” she says.

“It’s got huge impacts, socially and environmentally, and it needs to be taken seriously.”

Next week in Part 2: We examine consumer attitudes in detail, and how they might be changed. Read here.

Originally published by Cosmos as What is fast fashion – and what role do consumers have to play in it?