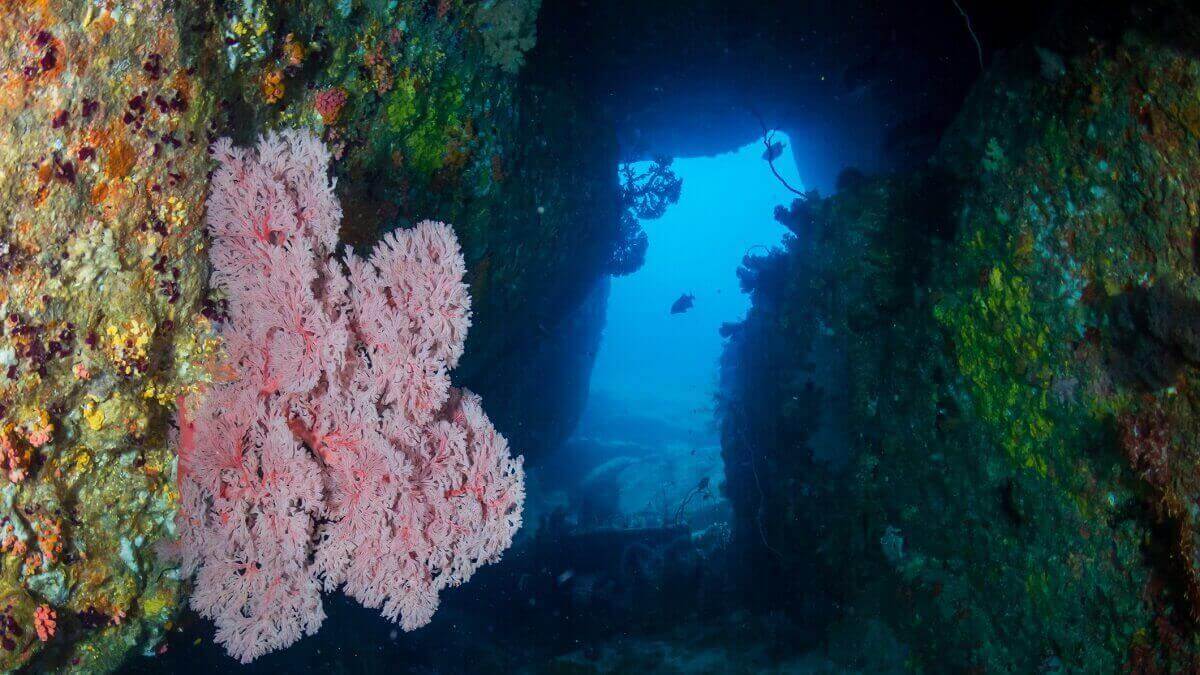 The International Quiet Ocean Experiment is examining the effect of the 2020 lockdowns on ocean noise and marine life. Credit: WhitcombeRD / Getty Images
More on:
Oceans

Last year, as pandemic-related lockdowns enveloped the world, our oceans – just like our cities – fell more silent than they likely have been since the onset of globalisation. Now, scientists hope to study exactly how the resultant quiet has affected marine species usually besieged by the sound pollution from shipping, fishing and other anthropogenic ocean traffic.

The team of scientists, from the International Quiet Ocean Experiment (IQOE), have identified more than 200 non-military ocean hydrophones around the globe which have been listening in to the ocean’s soundscapes. They hope to ultimately pool data from around 500 machines, to hear how whales, dolphins and other marine animals – mammal or otherwise – have lived, travelled and behaved, and whether the reduction in ambient human activity has had an impact.

The study marks the first time the poorly understood relationship between artificial sound and ocean creatures will be thoroughly examined at a global scale.

“Assessing the risks of underwater sound for marine life requires understanding what sound levels cause harmful effects and where in the ocean vulnerable animals may be exposed to sound exceeding these levels. Sparse, sporadic deployment of hydrophones and obstacles to integrating the measurements that are made have narrowly limited what we confidently know.”

The hydrophone network being used to pool data is mostly concentrated in shallow seas and shelf areas where human activity is busiest, but there are also deep-sea stations in the network that will reveal more about long-distance, low-frequency sounds and their impacts.

The network is mostly based in the continental US and Canada, as well as Europe, and the researchers say more measurements are needed from the less populous Southern Hemisphere.

A window of opportunity

The International Quiet Ocean Experiment was originally formed in 2011 by experts who wanted to create a time series of measurements of ambient sound in different ocean locations, to reveal variability and changes in intensity and other properties of sound at a range of frequencies.

Then 2020 came along, and presented a unique – and potentially unrepeatable – opportunity to compare our ocean soundscapes in ‘business-as-usual’ and ‘quiet mode’.

“To observe a return to normal conditions as the pandemic subsides, the intensive acoustic monitoring by many existing hydrophones must continue at least through 2021,” says Edward R. Urban Jr, IQOE Project Manager, of the Scientific Committee on Oceanic Research.

The initiative has prompted scientists from various corners of the globe to collaborate on new technologies that will make studying and sharing ocean soundscape information simpler, and more collaborative.

A team of researchers led by the University of New Hampshire are developing a new software known as MANTA, which will help the IQOE to standardize the data and compare, pool and visualise it more easily.

Meanwhile, scientists at the Alfred Wegener Institute in Bremerhaven, Germany, are testing an Open Portal to Underwater Sound (OPUS) to promote the use of acoustic data collected worldwide, and provide easy access to MANTA-processed data.

This study comes on the back of past research demonstrating a link between anthropogenic noise and ocean animals’ behaviour patterns.

For example, after the 9/11 terrorist attacks, shipping slowed significantly, leading scientists to investigate whether the reduction in noise impacted stress levels in endangered North Atlantic right wales. The 2001 data revealed that September stress levels were lower than in ensuing years, suggesting the industrialised ocean can cause chronic stress in marine mammals.

Originally published by Cosmos as Year of the quiet ocean