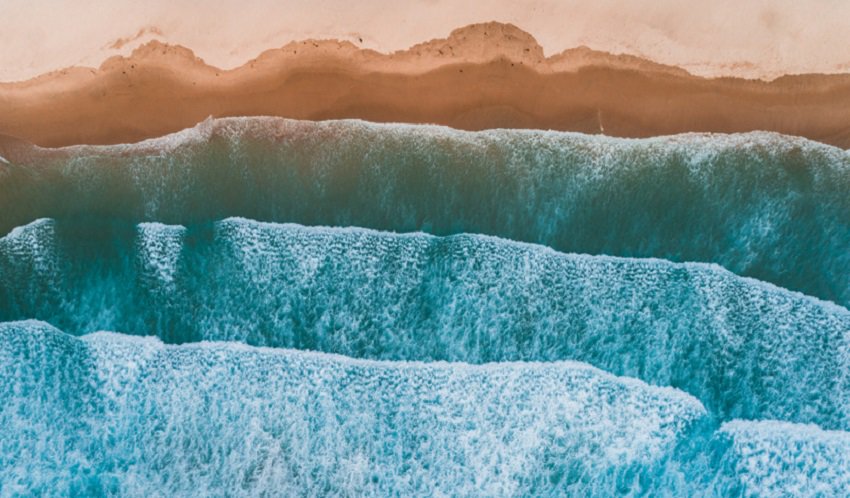 Your beach holiday might be under threat due to climate change and sea level rise. Credit: Nazar Abbas Photography

Half the world’s sandy beaches could be lost by the end of the century due to changing weather patterns and rising sea levels, according to an analysis of more than three decades of data published in the journal Nature Climate Change.

This isn’t just bad news for beachgoers, holiday makers and the associated socioeconomic benefits; beaches are also the land’s frontier to the ocean, offering natural protection from storms and cyclones, write Michalis Vousdoukas from the European Commission’s Joint Research Centre in Italy and co-authors

Coastal regions harbour some of the Earth’s richest ecosystems and are the most concentrated sites of development and population density.

Yet sandy beaches – the most popular and heavily used – are subject to constant fluctuations due to natural and anthropogenic forces causing erosion, erratic weather and escalating swell in the global average sea level.

Vousdoukas and colleagues analysed a database of satellite images showing changing shorelines from 1984 to 2015 and from that estimated future dynamics resulting from sea level rise and storms.

Under both scenarios the Democratic Republic of the Congo, Gambia, Jersey, Mayotte (France), Palau and Guinea-Bissau were among those most affected, standing to lose more than 60% of shorelines by the turn of the century.

Calculating the length of sandy beaches that could be lost showed Australia to be the worst hit, with nearly 12,000 kilometres at risk. Canada, Chile, Mexico, China and the United States would also be significantly impacted.

“The projected shoreline changes will substantially impact the shape of the world’s coastline,” write Vousdoukas and coauthors.

And human development will hinder their ability to recover.

“Many coastal systems have already lost their natural capacity to accommodate or recover from erosion, as the backshore is heavily occupied by human settlements, while dams and human development have depleted terrestrial sediment supply which would naturally replenish the shore with new material.”

However, further analysis revealed 40% of shoreline retreat could be prevented by moderate mitigation of greenhouse gases, and lessons can be learned from previous efforts to manage beach erosion – Dutch coast initiatives being a leading example.

This is a particular imperative for areas concentrated around the coast.

“A substantial proportion of the threatened sandy shorelines are in densely populated areas,” the authors conclude, “underlining the need for the design and implementation of effective adaptive measures.”