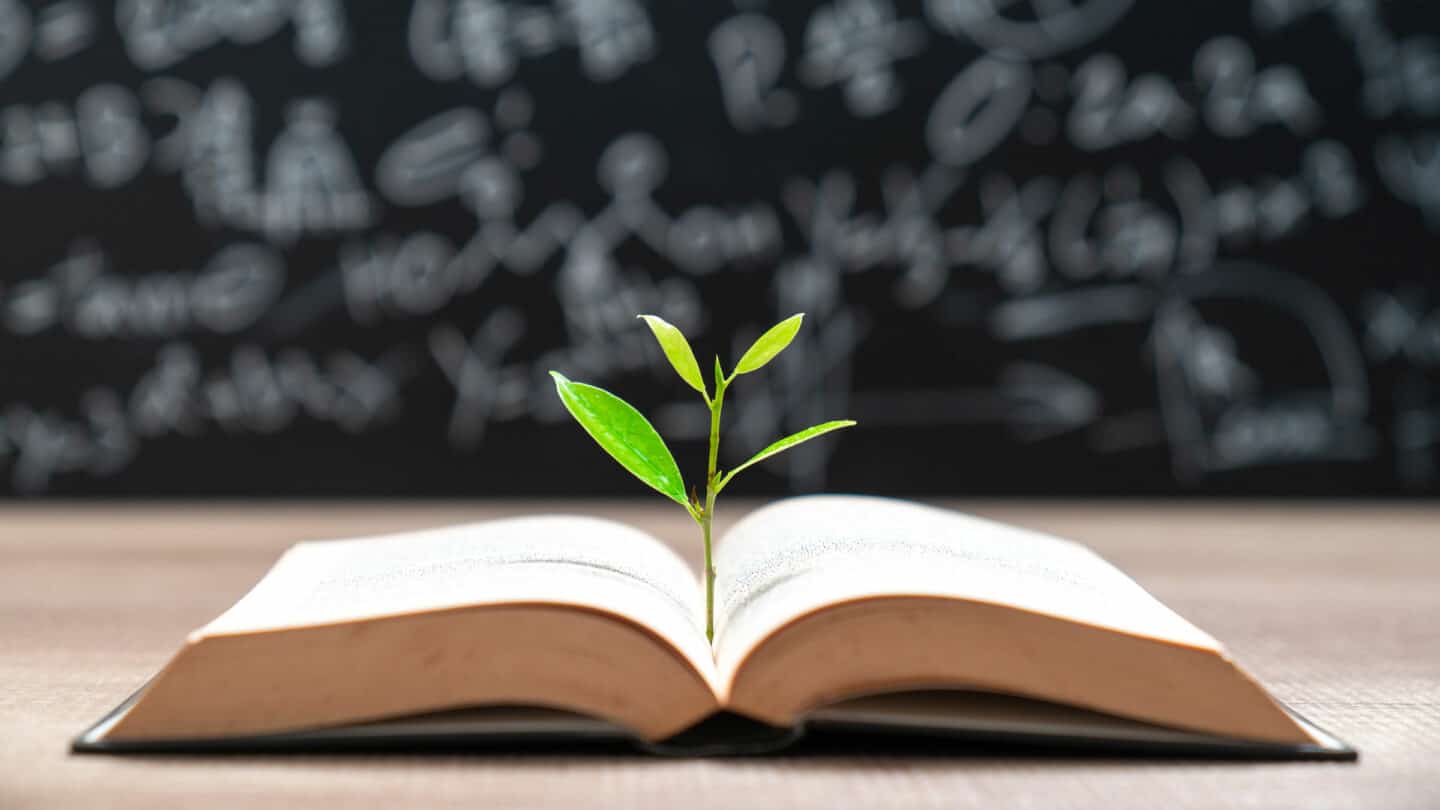 New research suggests climate lawyers need to catch up to climate science to improve their chances of success in court. But it depends on a new branch of climate science that has its limitations, too.

It was a big year for the climate movement back in 2015. Global leaders signed the Paris Agreement, pledging to reduce their carbon emissions to curb climate change, and a Peruvian farmer sued German energy giant RWE for its contributions to global emissions, in a bid to protect his village under threat from a glacial lake about to burst.

In the six years since, over 1,000 climate-related cases have been filed in courts around the world. But according to new research looking at a subset of cases, climate litigation has been hamstrung by its poor use of climate science.

The study, published in Nature Climate Change, comes from a group of climate scientists clearly concerned about the prospects of climate litigation.

The University of Oxford-led team analysed 73 lawsuits which sought compensation for damages suffered due to climate change, and found most cases had submitted evidence that lags behind the latest climate science – or failed to cite any scientific evidence at all to support their claims.

That’s not to say they didn’t refer to the science of climate change which connects human activities to carbon emissions and rising temperatures – that’s rock solid and dates back over a century.

But they were either ignorant of or otherwise ignored attribution science, a new branch of climate science which has bolted out of the gates to answer some big questions. For example, are specific extreme weather events becoming more intense with climate change? Did climate change, propelled by the burning of fossil fuels, alter the length or likelihood of that recent heatwave or bushfire season? If so, by how much?

“I get why it’s really exciting – that if we can isolate the signal of climate change behind an event, then surely we can progress that into the impacts that that event has caused.”

This kind of study is just the evidence that lawyers need to establish a causal chain between historical carbon emissions and the impacts of climate change. And yet the best attribution science has largely gone unnoticed, argues the Nature Climate Change study of lawsuits filed in North America, Australia, New Zealand, South Korea, Pakistan and beyond.

Daniel Metzger, a climate law fellow at the Sabin Center for Climate Change Law in New York, agrees. “There’s a general appreciation for the seriousness and urgency of the climate problem, on the part of both attorneys and courts, but not a robust understanding of exactly where to find that science and how it can be used,” he says.

“Lawyers have a good understanding of the overall mechanisms of how climate change is operating. But it’s far less common to see specific studies and hard data cited in any court documents.”

Joana Setzer, a research fellow at the Grantham Research Institute on Climate Change and the Environment in London, says liability cases employed to hold big emitters to account for their polluting practices have also been harder for the courts to deal with than other legal strategies because such cases depend heavily on attribution science, and seek financial remedies.

“These cases are the most complicated cases in climate litigation because you’re trying to prove a number of links that are not obvious,” Setzer explains. They are also “more open to challenges because it depends on which study was used as evidence and how that study was interpreted by the courts.”

Attributing responsibility: can it be done?

For a legal argument to hold up in court, lawyers need to prove causation – that is, a link between the actions of one party and the harms experienced by another. Essentially, who is responsible for the damage caused?

Often this is done by tallying the total greenhouse gas emissions produced by a company or industry across the history of their operations, relative to global emissions, explains Metzger: “The more complete the record, the more precise the share can be calculated for the responsibility.”

The next step is where attribution science comes in, though maybe not in the way scientists imagined their work being used.

Aside from quantifying the influence of climate change on long-term temperature trends, attribution science also seeks to attribute gradual changes in the Earth’s climate system, such as sea-level rise and extreme weather events, to climate change.

This is done by comparing events in computer model simulations that include human drivers of climate change – rising carbon emissions – to virtual worlds untouched by humans. Scientists can then estimate with increasing confidence whether a particular extreme event lasted longer or was made more or less likely or intense with climate change.

Studies have also quantified how major emitters have contributed to escalating climate change, including sea-level rise, and shown that future temperature extremes could indeed be avoided if countries cut emissions as they’ve pledged to do.

Liability cases make up just a fraction of climate law cases brought to courts around the world and there has been more recent success with other legal strategies.

“Judicial processes are not very well suited to deal with these kinds of widely dispersed harms that are very complex in their causes and their effects,” he says.

“Defendants have had good success in arguing that because climate change is caused by an innumerable large number of contributors, it’s not fair to hold any one defendant responsible for the harms caused.”

A number of climate-related cases have also stalled in court because the exact study attributing a particular event to climate change wasn’t necessarily available at the time the lawsuit was first brought to court, or still doesn’t exist.

Modelling the impacts: how far can you go?

Sarah Perkins-Kirkpatrick is a climate scientist at the University of NSW in Sydney who studies heatwaves, which more often than not can be confidently attributed to human-induced climate change because they impact hundreds of square kilometres at a time.

Perkins-Kirkpatrick agrees people or governments should be held accountable for the current, and future, state of the climate. “But we also need to be cautious we’re not pushing [climate models] outside of their [designed] purposes,” she says.

Global climate models typically simulate the Earth’s climate system in 100 square-kilometre grid boxes, which is a sensible approach for analysing global climate patterns. But it means they can’t capture the granular physical processes driving most extreme events as well as they can simulate trends in temperature.

“The resolution might be too coarse that they can’t simulate the dynamics of a tropical cyclone properly,” explains Perkins-Kirkpatrick.

As a result, climate scientists have less confidence in attributing events such as extreme rainfall or wildfires to climate change than other events, such as extreme heat and droughts, which may influence the strength of evidence available to use in court.

Using high-resolution regional climate models, which zoom down to a square kilometre or less, can help. But the issue there, Perkins-Kirkpatrick says, is the computational power needed to run fine-scale simulations of localised events occurring over hours and days, not years.

Taking the next step to attribute the impacts of extreme events to climate change, such as the lives lost during a heatwave or infrastructure failures, is also a much bigger leap than analysing extreme events themselves.

“I get why it’s really exciting – that if we can isolate the signal of climate change behind an event, then surely we can progress that into the impacts that that event has caused,” Perkins-Kirkpatrick says.

But there’s more uncertainty when attributing impacts, she says, because those analyses often involve other datasets measuring the health impacts of climate change, for example, which may not account for social and behavioural factors, such as public health messaging and access to healthcare or appropriate housing, that also influence health outcomes. Assumptions can be made, but that adds uncertainty.

“It’s not to say that you can’t get a signal out, but you’ve just got to be cautious as to how you interpret it,” Perkins-Kirkpatrick says.

Metzger agrees with this cautious approach, especially where there are multiple steps that need to be made in the causal chain, from carbon emissions to climate impacts.

“At the same time,” he says, “there are ways of managing those uncertainties, and I don’t think that they should be a barrier to courts holding parties accountable for their share of the climate crisis.

“A [scientific] study that reached [a conclusion] with 75% confidence is still tremendously useful in the legal context,” he adds.

So far, though, attribution science is limited in that climate scientists tend to study extreme events that hit hard or close to home, which means the evidence lawyers might need for a case may not yet exist.

“There are many other extreme events that do occur that we don’t do these attribution analyses on,” says Perkins-Kirkpatrick, “so we don’t necessarily have the whole picture on how climate change is affecting every type and every single extreme event.”

It may be that lawyers need to enlist the help of climate scientists to conduct specific analyses to support high-profile cases, as has happened with the Luciano Lliuya v RWE case, where scientists recently published an attribution study which could be considered in ongoing appeals.

To bridge the gap between science and the law, and ensure the best available evidence is considered in any climate case, Setzer says legal practitioners need to collaborate with climate scientists so they can help each other translate the findings from scientific papers into the language used by the courts.

Liability cases, however, make up just a fraction of climate law cases brought to courts around the world and there has been more recent success with other legal strategies, says Setzer, who studies global trends in climate litigation.

“These cases against government and companies are shifting that focus from the past into the future.”

In the past two years, the number of strategic cases designed to hold governments or companies accountable for their carbon emissions and climate commitments has risen dramatically, Setzer says.

Many of these cases – made possible after a landmark case called out the Dutch government’s inadequate action on climate change – argue that government bodies and companies have an obligation to meet their emissions reductions targets and protect citizens from climate change impacts, to uphold basic human rights.

In these cases, climate modelling still plays a key role – used to quantify the financial costs and health impacts that are likely to occur if emitters carry on business as usual, but which could be avoided if emissions were reduced. But the legal arguments, which often draw on the precautionary principle from environmental law, are less contingent on attributing specific extreme events to climate change, says Setzer.

One example is a recent ruling from an Australian case which found that the federal Environment Minister has a duty of care when considering development proposals to protect young people against the effects of climate change.

“These cases against government and companies are shifting that focus from the past into the future” because the issue is time, Setzer says. Liability cases tend to take much longer to reach a decision, and it comes down to strategy.

Originally published by Cosmos as Good news, bad news: how climate science is being used in court