We are only a little way into the 21st century, but signs of a warming planet are already evident around the globe: More frequent droughts in East Africa; stranded polar bears in the Arctic; bleached coral reefs in the tropics; and retreating glaciers in the high latitudes. Along the coasts, sea levels are rising. Even so, a new study really surprised me. By burning huge quantities of fossil fuels, we humans have tipped the Earth off its axis by a tiny amount. Let me emphasise how tiny the tipping is. Each year since 2005, we have shifted the spin axis from its previous path by centimetres – not kilometres.

But as the Earth spins on its own axis, the position of the North Pole is not dead true – it wobbles a little, for several reasons.

For one, the Earth is not perfectly spherical. Instead, it’s a bit flattened at the poles, and a bit bulging at the equator. And the surface is not smooth – it’s pretty bumpy. Mountains poke up towards space, while oceans dip down into the solid crust.

Our planet is not perfectly rigid, either – it’s somewhat elastic. Yes, it does have a solid crust at the surface – but it’s very thin. Earth is made mostly of molten rock and then liquid iron, with a core of solid iron.

So even today, parts of the crust that carried heavy ice sheets 20,000 years ago are still slowly rising (an effect known as the “isostatic rebound” or “post‑glacial rebound”). As a result of these (and other) factors, when Earth rotates on its own axis over the course of a day, that spin axis wobbles a little.

There are lots of individual wobbles. A major one is the so-called Chandler Wobble, which American astronomer Seth Carlo Chandler discovered in 1891. During a period of slightly more than a year (about 433 days), the Chandler Wobble shifts the North Pole over a rough circle or ellipse – about several metres across. About two-thirds of the Chandler Wobble seems to be caused by ocean currents, and about one-third by winds in the Earth’s atmosphere.

It’s hard to imagine something as small as we humans being able to shift something as massive as our whole planet.

From 1982 to 2005, scientists found that the North Pole was drifting slowly south towards Labrador, about six to seven centimetres each year. But in 2005, the motions of the North Pole suddenly flipped in three unexpected ways.

But they do have a good answer for the tipping of the spin axis. Rapid melting of ice on land has made the drift velocity of the North Pole accelerate, and has changed its direction of travel to the east. This solid ice is now liquid water spread across the planet. We know where the ice was, we know where it’s gone – and the maths all fit with the observed changes to motions of the North Pole.

Since the mid-1900s, we’ve used satellites to accurately measure these land ice changes many tens of millions of times. Recent analysis shows that between 2011 and 2014, Greenland, Antarctica and mountain glaciers were losing about 600 billion tonnes of ice per year. (Most of the ice came from Greenland.) This was an increase of two to three times the loss rate between 2003 and 2009.

It’s hard to imagine something as small as we humans being able to shift something as massive as our whole planet. But we used global warming as a force multiplier.

We dumped billions of tonnes of carbon dioxide into the atmosphere, heating it along with the oceans. The combination of hotter atmosphere and ocean water then melted over half a trillion tonnes of ice, which flowed into the oceans. This redistribution of water shifted the north-south spin axis.

Why did both the Chandler Wobble and the spin axis shift suddenly, instead of gradually? We don’t know – yet. Perhaps it’s like slowly pushing a pencil towards the edge of a table. You push and you push and you push, and it’s still on the table. But then you give it just one more tiny push. The table no longer supports its centre of gravity, and it suddenly falls to the floor.

So if we push and push at the balance of our planet, it may well respond by throwing a real wobbly of its own.

Credit: Edited extract from Short Back and Science, Macmillan 2015.

Edit: the original article from the book incorrectly stated satellites have been used since the early 1900s. This version of the article has been amended.

This article appeared in Cosmos 70 – Aug-Sept 2016 under the headline “Why is Earth’s axis shifting?”

Related Reading: Volcanoes nudged the Moon off its axis

Originally published by Cosmos as Why is Earth’s axis shifting? 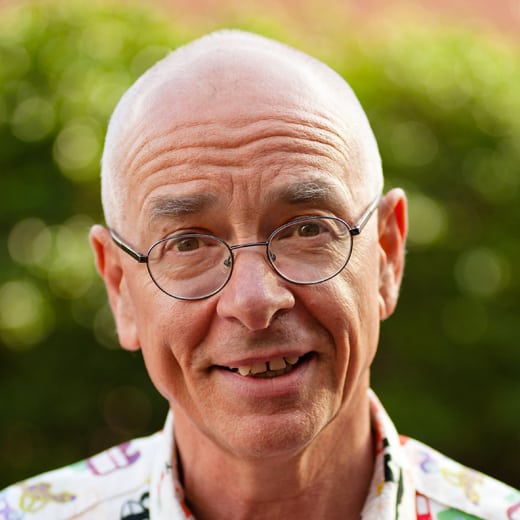