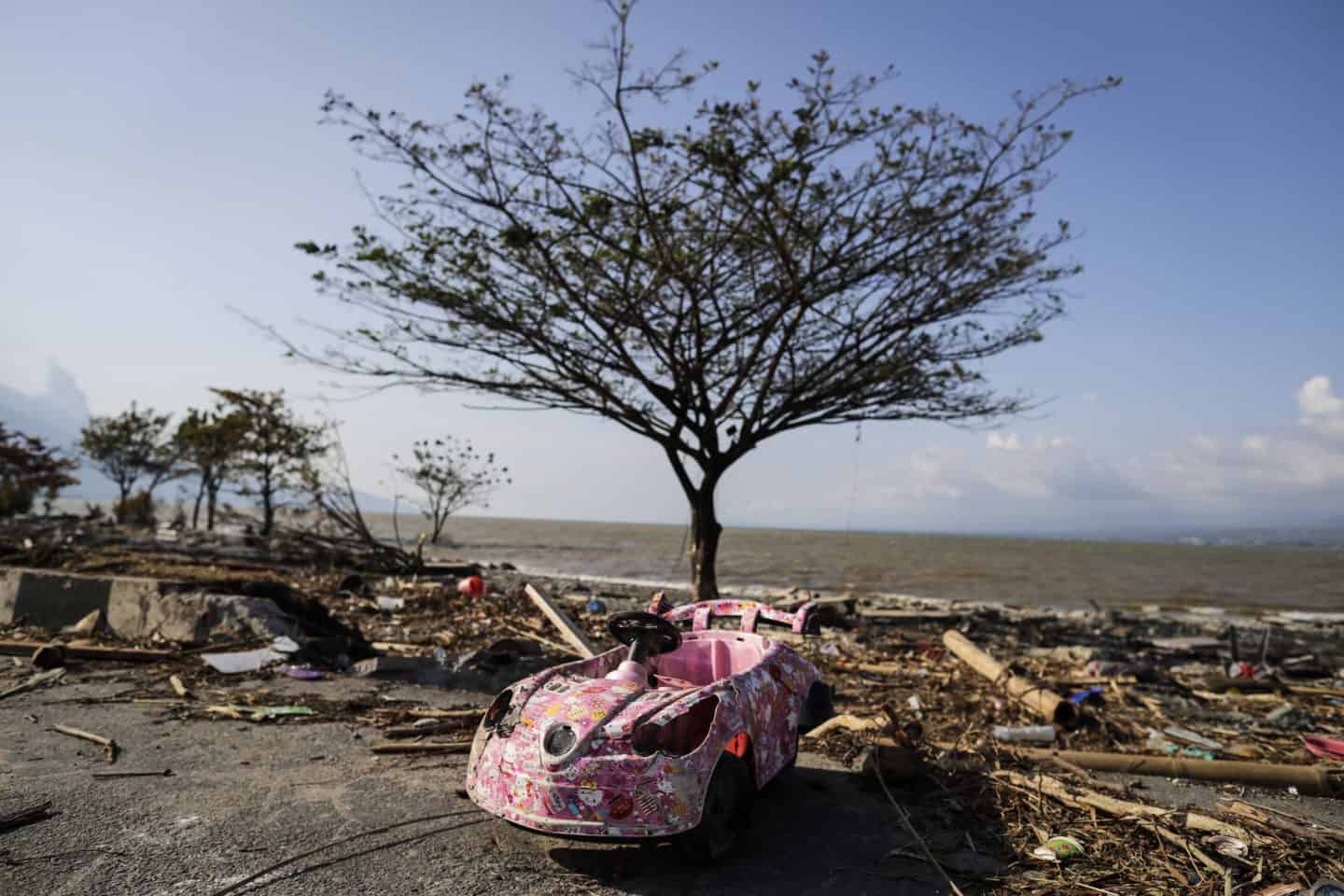 The magnitude 7.5 earthquake, and subsequent tsunami, that struck Indonesia days ago has resulted in at least 1,200 deaths.

Authorities are still gauging the extent of the damage, but it’s clear the earthquake and tsunami had a devastating effect on the Sulawesi region, particularly the city of Palu.

It’s not the first time earthquakes have caused mass destruction and death in Indonesia. The tsunamis that follow are particularly damaging. But why?

A combination of plate tectonic in the region, the shape of the coastline, vulnerable communities and a less-than-robust early warning system all combine to make Indonesian tsunamis especially dangerous.

Indonesia covers many complex tectonic environments. Many details of these are still poorly understood, which hampers our ability to predict earthquake and tsunami risks.

The biggest earthquakes on Earth are “subduction zone” earthquakes, which occur where two tectonic plates meet.

In December 2004 and March 2005, there were a pair of subduction zone earthquakes along the Sunda Trench offshore of the west coast of Sumatra. In particular, the magnitude-9.1 quake in December 2004 generated a devastating tsunami that killed almost a quarter of a million people in countries and islands surrounding the Indian Ocean.

But only looking out for these kinds of earthquakes can blind us to other dangers. Eastern Indonesia has many small microplates, which are jostled around by the motion of the large Australia, Sunda, Pacific and Philippine Sea plates.

The September quake was caused by what’s called a “strike-slip” fault in the interior of one of these small plates. It is rare – although not unknown – for these kinds of quakes to create tsunamis.

The fault systems are rather large, and through erosion processes have created broad river valleys and estuaries. The valley of the Palu river, and its estuary in which the regional capital Palu is located, have been formed by this complex fault system. Studies of prehistoric earthquakes along this fault system suggests this fault produces magnitude 7-8 earthquakes roughly every 700 years.

The sea floor shapes the wave

Another important factor for tsunamis is the depth and shape of the sea floor. This determines the speed of the initial waves. Strong subduction zone earthquakes on the ocean floor can cause the entire ocean water column to lift, then plunge back down. As the water has momentum, it may fall below sea level and create strong oscillations.

The bulge of water moving outward from the centre of a earthquake maybe of limited height (rarely much more than a metre), but the mass of water is extremely large (depending on the surface area moved by the earthquake).

Tsunami waves can travel very fast, reaching the speed of a jet. In water 2km deep they can travel at 700km per hour, and over very deep ocean can hit 1,000km per hour.

When the wave approaches the shallower coast, its speed decreases and the height increases. A tsunami may be 1m high in the open ocean, but rise to 5-10m at the coast. If the approach to the shoreline is steep, this effect is exaggerated and can create waves tens of metres high.

Despite the fact that the waves slow down near the coast, their immense starting speeds mean flat areas can be inundated for kilometres inland. The ocean floor topography affects the speed of tsunami waves, meaning they move faster over deep areas and slow down over submarine banks. Very steep land, above or below water, can even bend and reflect waves.

The coastlines of the Indonesian archipelago are accentuated, in particular in the eastern part and especially at Sulawesi. Palu has a narrow, deep and long bay: perfectly designed to make tsunamis more intense, and more deadly.

This complex configuration also makes it very difficult to model potential tsunamis, so it’s hard to issue timely and accurate warnings to people who may be affected.

Get to high ground

The safest and simplest advice for people in coastal areas that have been affected by an earthquake is to get to higher ground immediately, and stay there for a couple of hours. In reality, this is a rather complex problem.

Hawaii and Japan have sophisticated and efficient early warning systems. Replicating these in Indonesia is challenging, given the lack of communications infrastructure and the wide variety of languages spoken throughout the vast island archipelago.

After the 2004 Indian Ocean disaster, international efforts were made to improve tsunami warning networks in the region. Today, Indonesia’s tsunami warning system operates a network of 134 tidal gauge stations, 22 buoys connected to seafloor sensors to transmit advance warnings, land-based seismographs, sirens in about 55 locations, and a system to disseminate warnings by text message.

However, financing and supporting the early warning system in the long term is a considerable problem. The buoys alone cost around US$250,000 each to install and US$50,000 annually for maintenance.

The three major Indonesian agencies for responsible for earthquake and tsunami disaster mitigation have suffered from budget cuts and internal struggles to define roles and responsibilities.

Lastly, the Palu tsunami event has highlighted that our current tsunami models are insufficient. They do not properly consider multiple earthquake events, or the underwater landslides potentially caused by such quakes.

No early warning system can prevent strong earthquakes. Tsunamis, and the resulting infrastructure damage and fatalities, will most certainly occur in the future. But with a well-developed and reliable early warning system, and better communication and public awareness, we can minimise the tragic consequences.

With earthquakes that occur very close to the beach – often the case in Indonesia – even an ideal system could not disseminate the necessary information quickly enough. Indonesia’s geography and vulnerable coastal settlements makes tsunamis more dangerous, so we need more and concerted efforts to create earthquake and tsunami resilient communities.