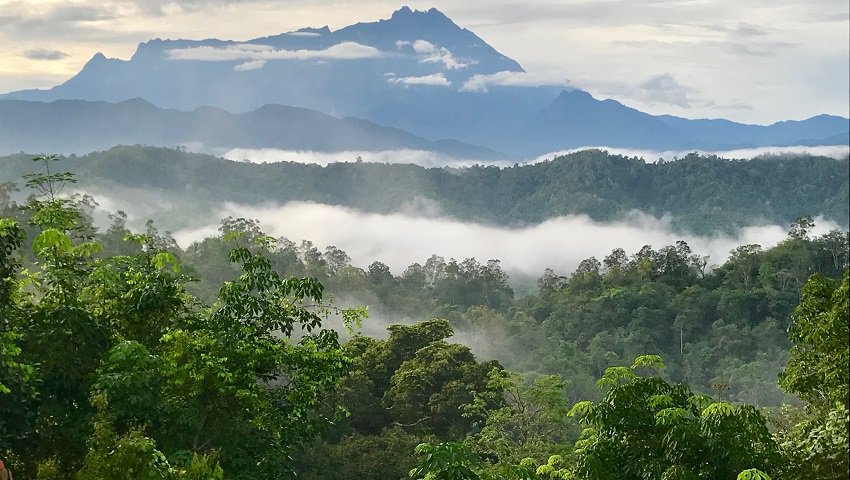 One of the sensitive zones: contiguous forest near the Equator in Borneo.

Tropical animal species are six times more sensitive to forests being broken up for logging or farming than are temperate species, according to new research.

The reason, says an international team led by Oregon State University, US, is that they usually have had much less exposure to other large-scale, habitat-altering events, such as fires and storms, which occur more regularly in temperate latitudes.

The finding adds more weight to the “extinction filter hypothesis”, which holds that animals that evolved in environments where disturbances are a regular event are better able to cope with new disturbances, such as deforestation.

And it’s important for future conservation planning, says Oregon’s Matt Betts, the co-corresponding author of a paper in the journal Science.

“Everyone knows habitat loss is bad for animals, but there’s been a longstanding debate about fragmentation: the arrangement of remaining habitat,” he says. “How do we design wildlife reserves? Do we make many small ones, or fewer big ones, or do we make corridors?” {%recommended 9883%}

In their study, Betts and colleagues analysed 73 datasets of forest species abundance collected from around the world over the past decade and used modelling software to separate the effects of fragmentation from other factors.

They were looking for how often animals actively tried to avoid living in “edges” created when forests are broken up by deforestation and other human activities like farming or roads. In these areas, light and moisture are markedly different from a forest’s dense core.

They found that in low-disturbance regions nearer the equator 51.3% of forest species tended to avoid edges compared to just 18.1% in high-disturbance zones further from the equator.

“Biodiversity of vertebrates increases massively toward the equator, but even accounting for that, a greater proportion of species are more sensitive to fragmentation. Sensitivity increases six-fold at low versus high latitudes,” says Betts.

“That means that not only should we care about the tropics because so many species are found there that are found nowhere else on Earth, but those species are also more sensitive to how we treat the forests.”

Betts cautions, however, that fragmentation will likely matter more in temperate zones in the years to come as species move toward the poles in response to climate change.