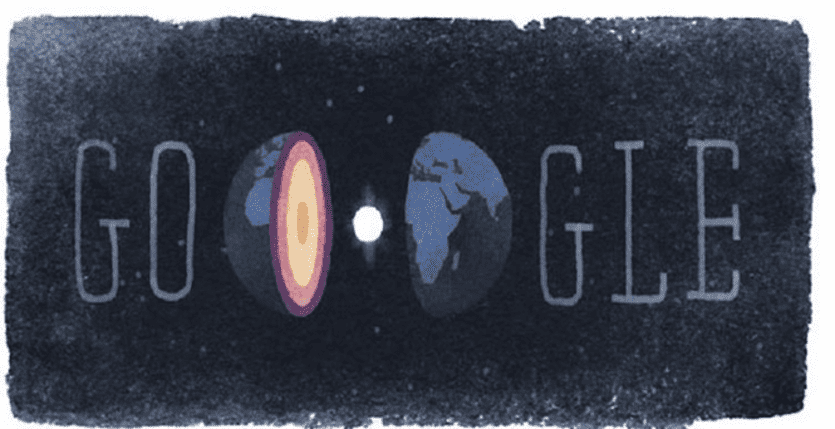 Today’s Google doodle celebrates the 127th birthday of Danish seismologist Inge Lehmann who died aged 105 in 1993. She discovered the existence of the Earth’s inner core after observing the shockwaves from earthquakes.

She noticed that the shockwaves travelled some way into the core and then bounced off some kind of boundary. Her 1936 paper proposed that the Earth’s centre consisted of two parts: a solid inner core surrounded by a liquid outer core, separated by what has come to be called the Lehmann Discontinuity.

Lehmann’s hypothesis was confirmed in 1970 when more sensitive seismographs detected waves deflecting off this solid core.