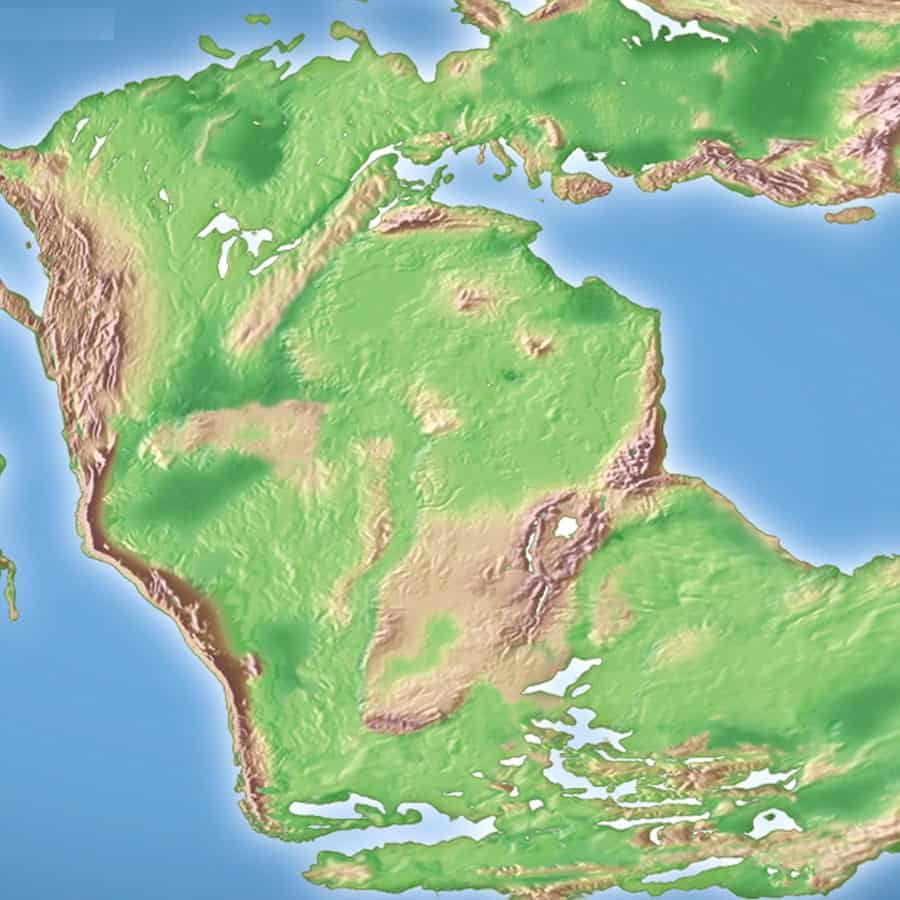 Earth’s supercontinents spent millions of years under huge amounts of strain before abruptly lurching apart to form oceans between them, new modelling suggests.

A team at the University of Sydney in Australia revealed the underlying actions of the splitting landmass – a sustained period of slow inching apart followed by a sudden heave – in the journal Nature.

Dieter Mueller, senior author on the paper, likens the geological mechanics to pulling apart a thick piece of dough: “At first, separating it requires a lot of effort because the dough resists your pulling and stretches slowly between your hands.

“If you’re persistent, you’ll eventually reach a point where the dough becomes thin enough to separate quite easily and quickly.”

Continents, as we know them today, have spent hundreds of millions of years wandering around the planet (and are still moving today). Every now and again they congregate to form “supercontinents”, such as Pangea, which existed around 300 million years ago and started breaking up around 175 million years ago.

Geologists have quantified the speed at which landmasses moved, and found at various points, they underwent bursts of speed – especially after breaking off another land mass.

But how this happened can’t be explained by tectonic plate motion alone. It’s simply not fast enough.

So Mueller, Sascha Brune (who is now at the University of Potsdam in Germany) and colleagues analysed thousands of seismic profiles, which involved sending sound waves into the Earth and measuring what bounces back, to find areas which stretched during continental break-up.

They plugged the data into computer models they designed that confirmed that a period of stretching and strain followed by a tear could account for accelerated continental movements.

For instance, they calculated the Australia-Antarctica separation started in the late Jurassic period – around 160 million years ago – and after around 60 million years of tugging northwards, Australia tore off and up to its current spot over the course of 100 million years.