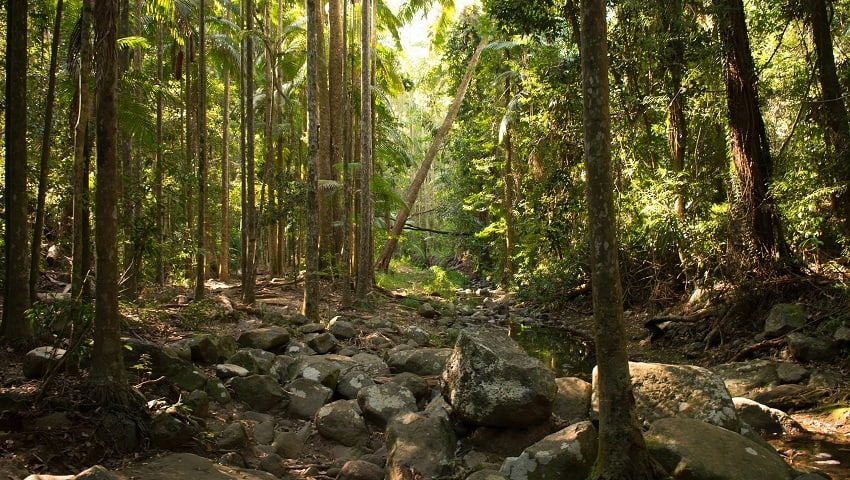 Reforestation is an important part of tackling climate change, but it seems we need to think carefully about where we do it.

Research led by the University of Cambridge, UK, shows that river flow is reduced in areas where forests have been planted and does not recover over time. In some regions it can disappear within a decade.

And that can alter the local cost-benefit mix of tree-planting programs, says plant scientist Laura Bentley, first author of a paper in the journal Global Change Biology.

While it is well known that planting trees reduces the amount of water flowing into nearby rivers, until now there has been no understanding of whether and how this changes as forests age, Bentley says.

She and her colleagues looked at 43 sites across the world where forests have been established, using river flow as a measure of water availability in the region.

They found that flow had reduced by an average of 25% within five years of planting trees, and 40% after 25 years. In a few cases, it had dried up entirely. The biggest percentage reductions in water availability were in areas of Australia and South Africa.

Land type was found to be a factor. Trees planted on natural grassland in healthy soil decrease river flow significantly, but if land has been degraded by agriculture, establishing forest helps repair the soil so it can hold more water, and river flow decreases by a lesser amount.

Counterintuitively, the effect of trees on river flow is less in drier years than wetter ones.

The bottom line, the researchers say, is that reduced river flow can “constitute a notable ecosystem disservice” in areas where it has value for economic activity and welfare, but in other parts of the world can be an “effective environmental restoration program to achieve historic conditions”.

“Rather than assert whether changes in river flow resulting from forestation would constitute an ecosystem service or disservice overall,” they write, “we emphasise the potential importance of accounting for these changes in future forestation programs so that forests may be accurately valued, to the benefit of local communities.”

Originally published by Cosmos as Planting trees can have its downside