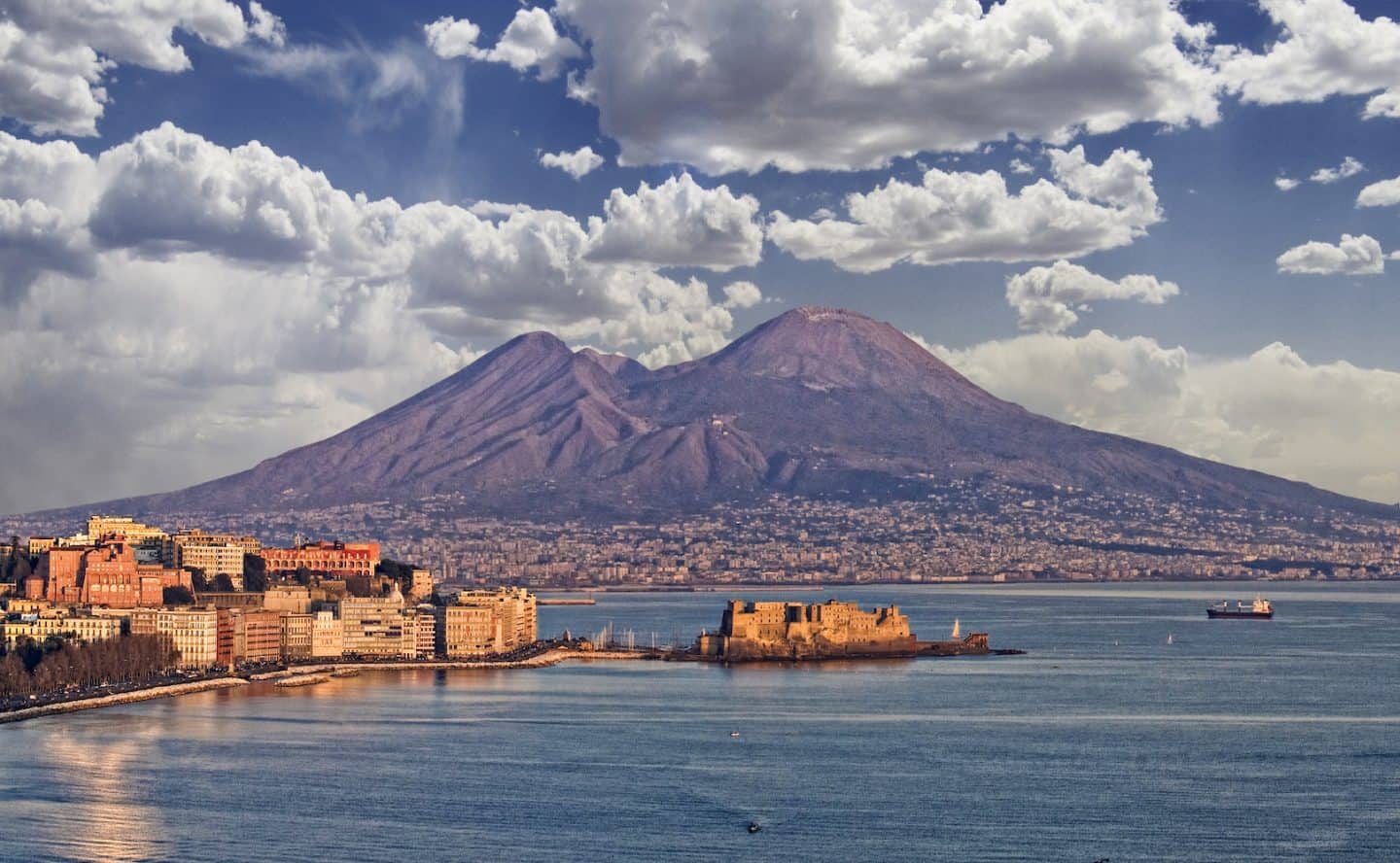 Volcanoes near Naples have been quiet for 500 years. That situation may not last. Credit: Antonio Busiello/Getty Images

A second study in just 18 months has hinted that the Campi Flegrei volcanic area in southern Italy may be starting to prepare for another eruption.

That would put the city of Naples right in the firing line, but there’s no suggestion it’s time to panic just yet.

In May 2017, British and Italian researchers estimated that after three periods of unrest in the Campi caldera – which is mostly underwater and contains 24 craters – since the 1950s, things were “evolving towards conditions more favourable to eruption”. They used a model of elastic-brittle failure to test – successfully they say – the view that successive episodes promote a long-term accumulation of stress in the crust.

Now, a team led by Francesca Forni from the Institute of Geochemistry and Petrology in Switzerland has reached a similar view by linking the current situation back to what’s gone before.

Writing in the journal Science Advances, Forni and colleagues say their analysis of 23 previous eruptions suggests the magma reservoir under the Campi Flegrei area may be transitioning to a new build-up phase.

They analysed major and trace elements from rocks, minerals and glass samples from each of the eruptions to deduce critical changes in magmatic temperature and water content throughout the region’s eruptive history.

And it’s quite a history, incorporating two large caldera-forming eruptions – the Campanian Ignimbrite (CI) eruption 39,000 years ago and the Neapolitan Yellow Tuff (NYT) eruption 15,000 years ago – as well as numerous smaller events. The most recent was the eruption of Monte Nuovo in 1538 CE.

Combining their petrological data with a thermomechanical reservoir model, the researchers produced data showing that this event was characterised by highly differentiated magmas akin to those that fed the pre-caldera activity and the initial phases of the caldera-forming eruptions.

“We suggest that this eruption is an expression of a state shift in magma storage conditions, whereby substantial amounts of volatiles start to exsolve in the shallow reservoir,” they write.

“The presence of an exsolved gas phase has fundamental consequences for the physical properties of the reservoir and may indicate that a large magma body is currently accumulating underneath Campi Flegrei.”

The bottom line? The area is entering a new build-up phase “potentially culminating, at some undetermined point in the future, in a large volume eruption”.