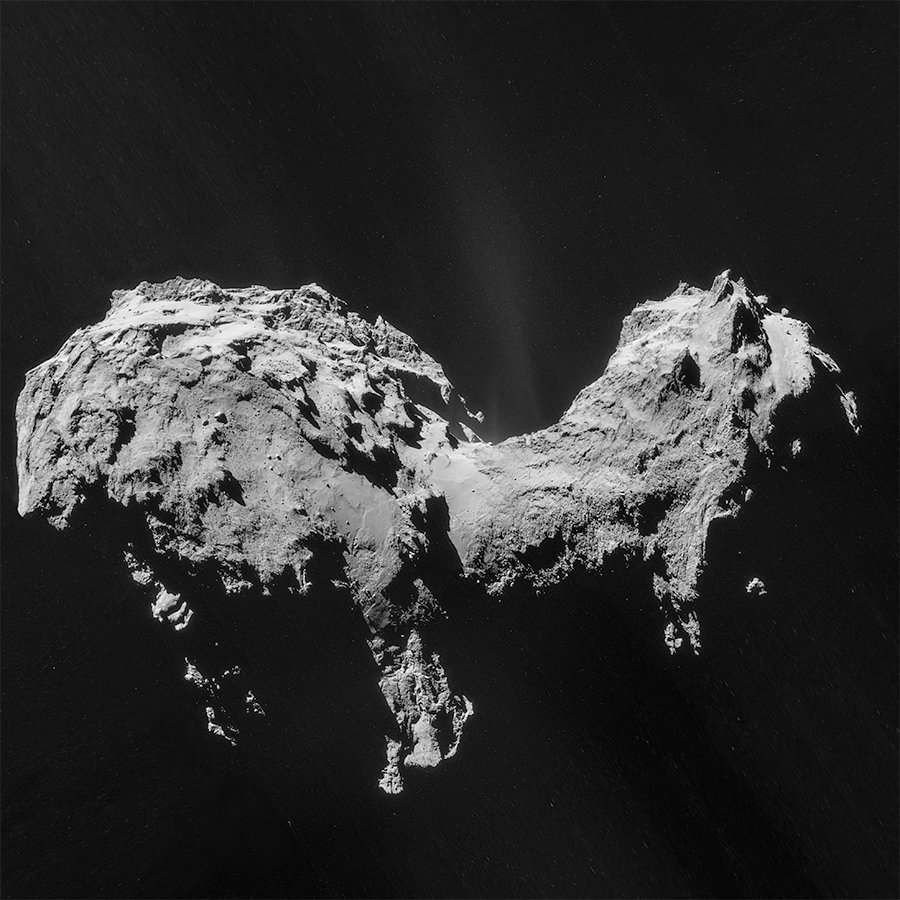 At first glance, xenon seems like one of the simpler elements in the periodic table. As one of the noble gasses, it forms almost no compounds with other elements. However, xenon poses some tricky questions for scientists.

Firstly, a huge amount of it is missing. Our atmosphere contains about 90% less xenon than we would expect, based on analysing other debris found in the solar system. Also, the different isotopes (or weights) of xenon don’t quite add up.

Xenon exists in 9 different isotopes, all having a different number of neutrons. The xenon in Earth’s atmosphere is unusually light, having less of the heavy isotopes (134Xe and 136Xe) than are found in meteorites. Chondritic meteorites –meteorites that are thought to be made from the same raw materials as Earth – are useful comparisons when looking at the history of our planet.

This discrepancy, called the “xenon paradox” seems to suggest that some of Earth’s xenon came from a previously unknown source. Now, data from the Rosetta spacecraft, launched in 2004, has identified the origin of this lighter xenon: comets. {%recommended 1114%}

Rosetta was built by the European Space Agency to perform a study of the 67P/Churyumov–Gerasimenko comet, an icy ball that orbits the sun every 6.5 years. While doing a fly-by around 10 km from the comet’s core, Rosetta analysed the composition of xenon gas around the comet using a technique called mass spectrometry.

The outcome of this analysis, published this week in Science, shows that the xenon around the comet 67P is depleted in heavy 134Xe and 136Xe isotopes. The authors suggest that a combination of lighter xenon from comets and heavier isotopes from chondritic (or solar) material might explain the unique isotopic fingerprint of Earth’s xenon.

Their calculations showed that around 22% of the xenon on Earth might have arrived by comet, suggesting that other compounds, like water, could also have a large cometary component.