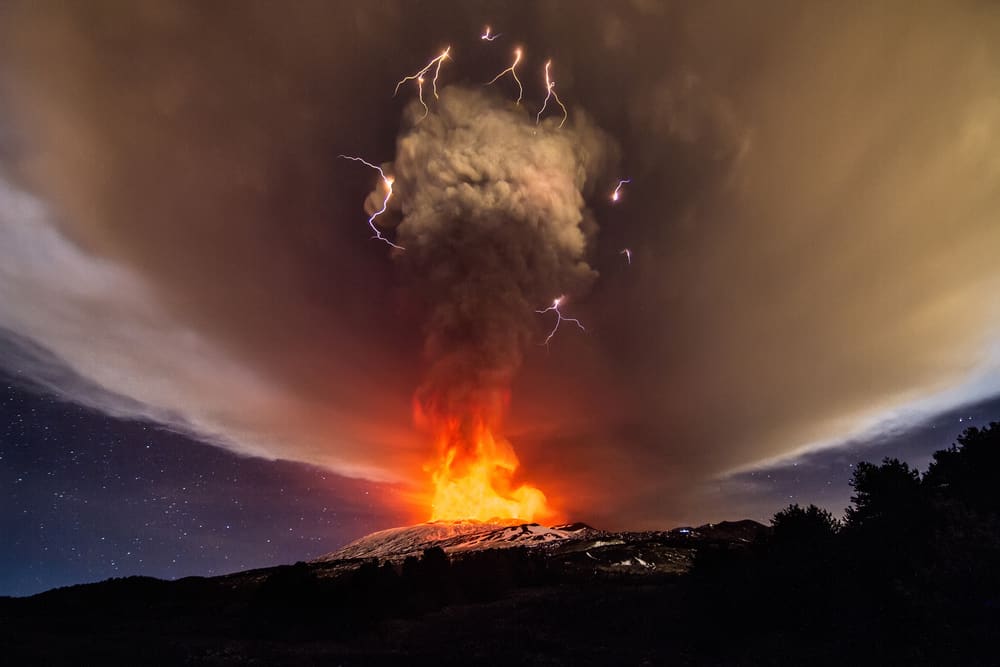 Sicily’s Mount Etna, the tallest active volcano in Europe, is erupting, producing thick clouds of ash and smoke. That in turn has produced lightning inside the cloud, captured in a stunning series of photographs.

While the exact reason why this “dirty thunderstorm” occurs is highly debated, one prevailing theory is that charge is built up as a result of the movement of ash and other ejected material within the cloud. Instead of ice in a regular storm cloud, the ash particles collide, generating a charge and producing lightning in the volcanic plume.